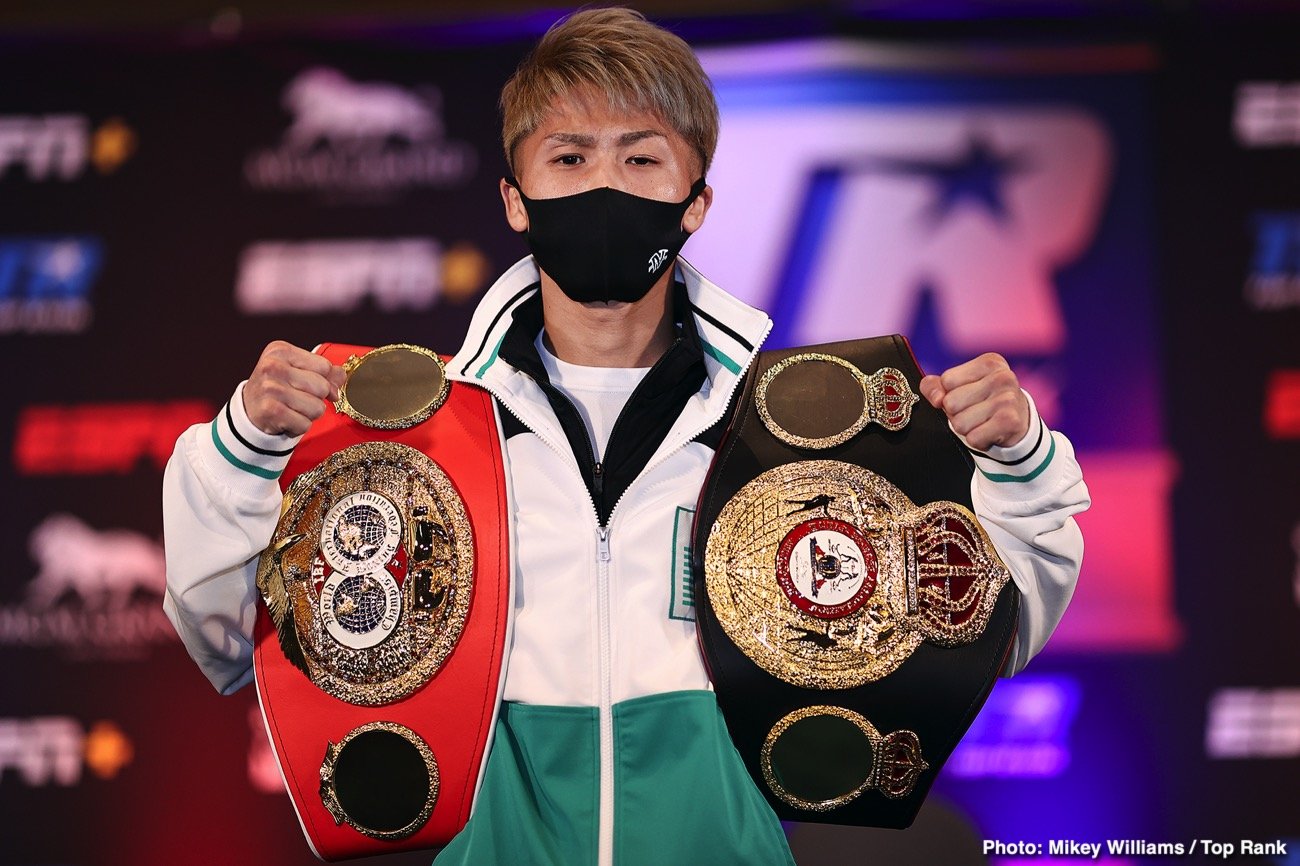 It was only an exhibition bout but you sure could have been forgiven for not knowing so, especially if you only caught the third and final round of the Naoya Inoue Vs. Daigo Higa bout. The two met in the main event on the card dubbed “Legend,” the proceeds to go to Covid workers. Taking place in Tokyo, Japan, today’s main event began as a traditional exhibition, with Inoe, the WBA/IBF bantamweight king, and Higa, the former WBC 112 pound champ, both wearing head-gear.

Even then, however, the action was enjoyable to watch, with both guys throwing plenty of leather. Then, to spice things up, the two men removed their head-guards for the third and final round. And the two warriors went at it hard. Inoue, the older man by two years at age 27, went southpaw for a spell, “The Monster” also dropping his hands by his sides and using his reflexes to avoid punches. Higa got home with a couple of right hands to the head, punches that did not seem to have been of the pulled variety.

Inoue, fighting on the ropes, slung out some right uppercuts that sure looked like they carried some serious venom. The three-minutes of action were just that – action-packed. So much so that you could be forgiven for having enjoyed today’s exhibition in Japan more so than a number of real fights that have recently taken place during this, a strange time for boxing. The two men traded shots and then embraced at the bell. The bout was scored a draw.

Inoue had said before today’s charity event that he would provide some real excitement and drama for the paying fans and he was as good as his word. Higa showed his stuff too, and the immediate thought at the conclusion of the exhibition – arguably one of the best you will see during this, a time when exhibition bouts are all the rage – was how good, or great, a real fight between these two would be.

Inoue, 20-0(17) is looking to unify the bantamweight titles, while Higa, 17-1-1, moved up to bantamweight shortly after losing his WBC flyweight title, the 25 year old having won his last fight by KO. Credit goes out to both men for having put some sting into their good cause exhibition fight.