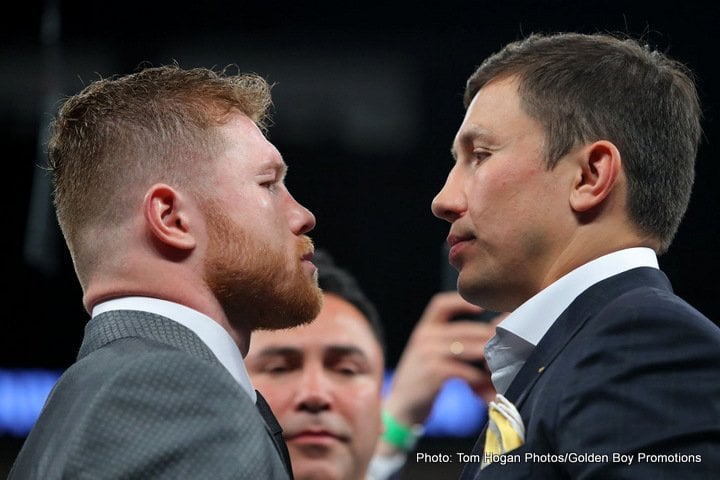 T-Minus two days and counting until undefeated World Middleweight Champion and boxing’s superhero GENNADY “GGG” GOLOVKIN makes his 21st and division record-breaking title defense. It’s taken nearly one year but Golovkin will finally get the rematch he and the world have craved, against former two-division world champion Saul “Canelo” Alvarez. And what a long strange trip it’s been to get here.

“Triple G vs. Triple C is finally here,” declared Abel Sanchez, Golovkin’s trainer. “Canelo Con Carne is finally going to face the music from the man he has avoided most, Gennady Golovkin. All those months of excuses, the aiding and abetting and the enabling by Canelo’s team, will finally come to an end on Saturday night. Gennady is boxing’s longest-reigning world champion (since 2010) but I don’t think he has really been appreciated until he stood up for the sport of boxing and boxing fans after Canelo flunked two random drug tests in February. Instead of being upfront and honest about it, Canelo and his team trotted out an old wheeze about the Mexican beef industry. Instead of apologizing to Gennady, Canelo and his team continued to dress themselves in clothes made of entitlement and arrogance. No, Saturday night’s rematch isn’t about revenge, it’s about respect. It’s about Gennady defending the heritage of a great sport and the honor of that sport’s great fans. It’s about fairness, where two athletes compete on an even playing field, adhering to the rules and shining a light when others try to circumvent their own regulations. Sunshine is a great disinfectant.”

“Gennady has trained hard for this fight. He has had a different edge in this training camp and has trained with a purpose,” continued Sanchez. “To win a fight you have to try to win the fight. You win a fight by doing damage to your opponent and making it a battle. Does Gennady want to knock out Canelo on Saturday night? You betcha and it will be a public service to the sport and the Mexican beef industry he has selfishly maligned.”

MSG Networks will bring fight fans a replay of the controversial Saul “Canelo” Alvarez / Gennady “GGG” Golovkin bout that took place on September 16, 2017 as a preview to the blockbuster rematch in Las Vegas this Saturday night. MSG Networks will telecast a FIGHT SPORTS special with Golden Boy Promotions CEO, Oscar De La Hoya providing round-by-round commentary of the controversial first battle that ended in a split draw. Golovkin has fought and won 5 times at Madison Square Garden during his undefeated career.