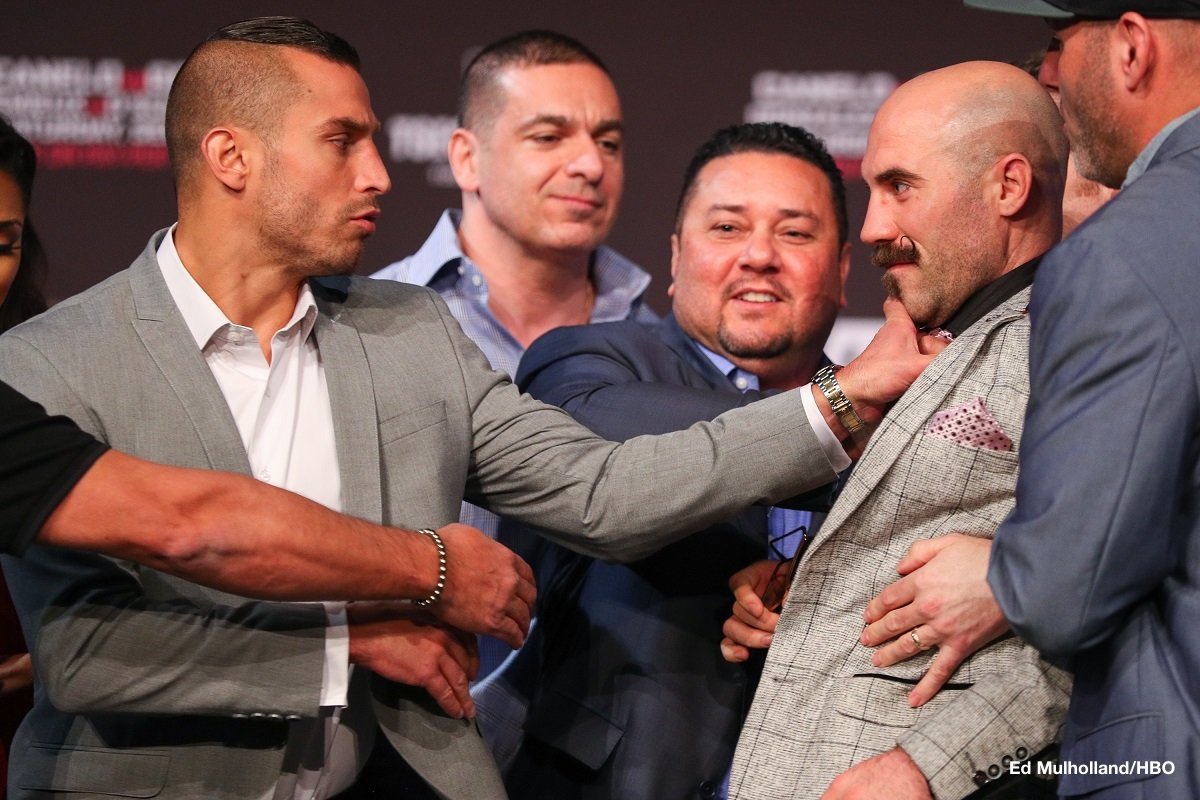 There is genuine bad blood, a genuine nasty edge, to Saturday’s big Gennady Golovkin rematch, as fans are well aware. Canelo recently stated how GGG is “the first fighter I have ever wanted to knock out.” While world champ Triple-G has said that Canelo is a fake and those who support him are also fake. Both men are, it seems, positively aching to beat the other – preferably by KO.

However, Saturday’s chief supporting bout, between middleweights David Lemieux and Gary “Spike” O’Sullivan, may actually have outdone the main event in the nastiness stakes. For quite some time now, since before the fight was even signed, the Canadian puncher and the Irish warrior have been swapping insults. Both men are vowing to defeat the other – with O’Sullivan saying he will “retire” Lemieux, and Lemieux really upping the ante in the war of words, saying he aims to “damage him for life.” 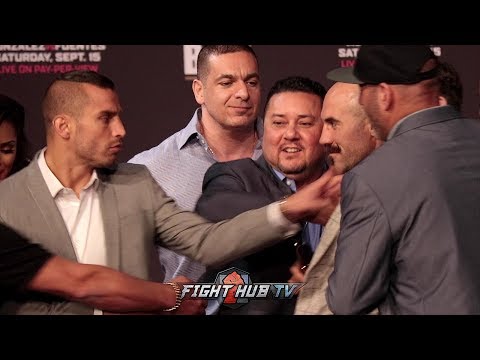 Speaking with the media in Las Vegas (as filmed by Fight Hub) former IBF middleweight champ Lemieux held nothing back when it came to laying into his latest rival. Lemieux, 39-4(33) has gotten involved in grudge-fight type scenarios before, but there really does seem to be a quite sinister edge to the 29 year old’s tone when he speaks about O’Sullivan, 28-2(20).

“He’s a tough guy so he might make it through five rounds. It’s definitely not going the distance. I’m not gonna let him go the distance, but I wanna torture him a bit before [I KO him]. I want to damage him for life,” Lemieux said. “I wanna cut his head off. He’s a very disrespectful guy. He has no class.” 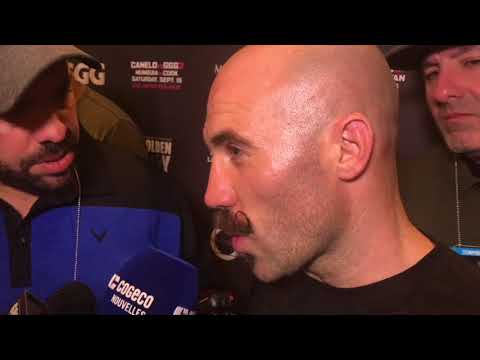 “To tell you the truth, when I heard the story that he beat his ex-girlfriend….any man that beats a woman is a coward. But there’s always circumstances, if that’s the case [that O’Sullivan did not in any way beat any woman, these charges being dropped] then okay, no problem – but he looks like the type to beat women.”

Lemieux has crossed the line here, no doubt. In fact, this particular fight could actually be one of the most genuinely hate-filled fights of recent years. In fact, this card is filled with nastiness and mutual ill-will. GGG and Canelo have made their feelings clear, and now Lemieux has done so – in a far more crass and controversial manner.

Whoever wins the supporting bout, there will be no shaking hands afterwards. 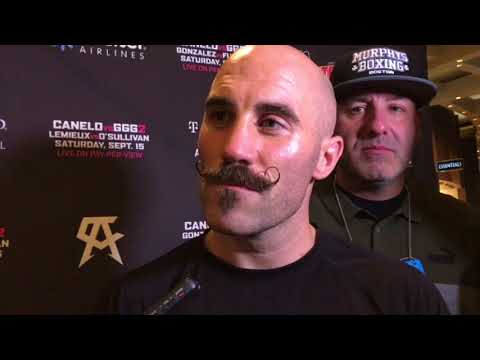