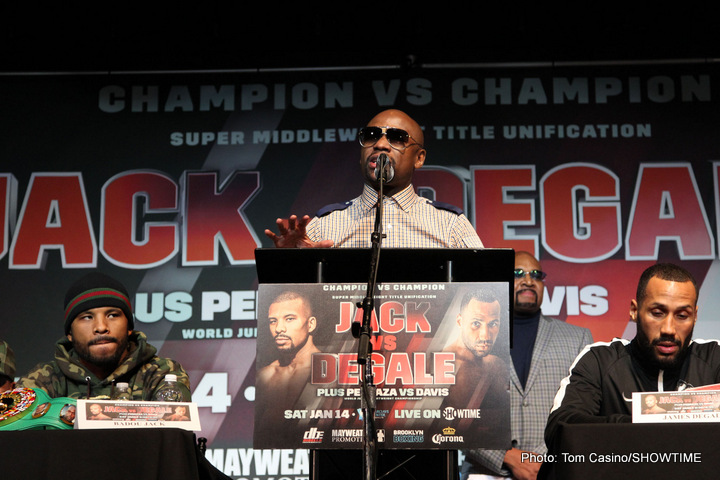 Both bouts have Floyd Mayweather – the supreme talent of his generation; both feature tireless back-and-forth “will they, won’t they?” speculation and conjecture designed to keep the masses on edge. Both of them seemingly dominate the news in boxing. And both seem less focused on the fight potential itself, and far more heavily focused on the cash-grab potential. Not a good sign.

Look, let’s be clear about the terminology here. Do not call Mayweather-McGregor a “fight.” Neither is this an “event.” This is a “spectacle.” It’s a guilty pleasure that people can’t help but follow on its freak value, no matter how hard they try. By that definition a car crash is also a spectacle. But not many people are paying gouging-level ticket prices to see them.

And personally, I am a boxing fan. Not an accident junkie. I would like to see a valid fight between two competitive fighters. You want to obsess over this spectacle? Fine. But don’t inflate it to the valid fight that it isn’t.

If you are a boxing fan, nothing about this should compel you. You do not have two equal opposing forces. You have practitioners of two different martial arts. Mayweather, as usual, will probably not take any unnecessary risks. He’s too smart to.

I give 50-50 odds that McGregor loses his cool at some point and talks crap mid-ring about how Mayweather’s not fighting like a man, he’s a punk and a disgrace, etc. etc…..whatever. Mayweather will stick his tongue out.

Expect a few fouls and some audience boos. McGregor might even forget to protect himself after a foul like Victor Ortiz and get cold-cocked as a result. Nothing you can’t watch on YouTube later for free. If Floyd makes a fool of McGregor, then boxing fans score points in this “which is better?” pissing match with MMA fans that no one should be nurturing anymore. I can’t realistically see a scenario where the sport of boxing emerges from this with more dignity than it entered with.

For the next two months the only thing we’re going to hear is “You’re a boxing fan, what do you think about Mayweather-McGregor?” Our response should be that you intend on watching actual boxing matches. I might recommend the Ward-Kovalev fight this weekend, the virtual anti-matter opposite of Mayweather-McGregor if there ever was one.

For God’s sake, boxing fans. Even Coleman Bentley of Golf Digest – Golf Digest! – expressed far more healthy skepticism than he had a right to, making a valid comparison between Mayweather-McGregor and the disastrous 1976 bout between boxer Muhammad Ali and martial artist Antonio Inoki. (Spoiler: it sucked).
We got a tall glass of reality in 2015. Maybe in 2017 we actually drink it.