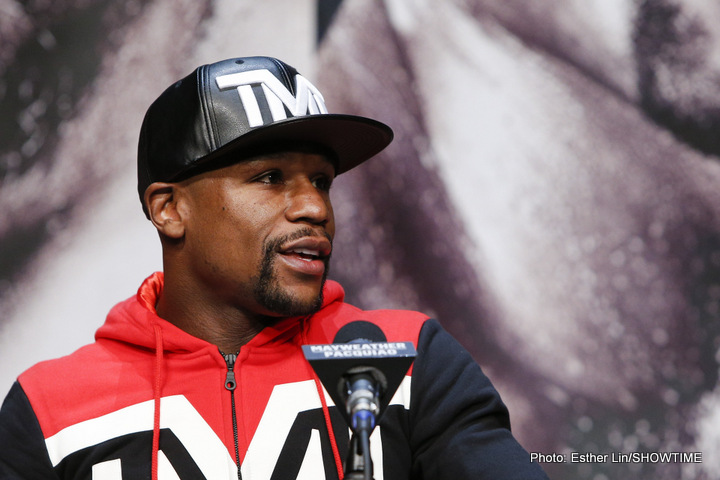 Floyd Mayweather has promised that there will be no slow start from him when he finally steps between the ropes to face Filipino fighting machine Manny Pacquiao on Saturday night.

Boxing’s P4P #1 has spoken to US basketball show TNT about his gameplan, saying the usually cautious start he adopts to figure out his opponents rhythm is not a part of his plans for this fight. He said;

“I am going to approach it in a very, very aggressive way and go out there and press the attack early.”

“Of course I would love to win by knockout. I am pretty sure he is going to try come at me extremely strong. I am facing one of the best fighters I have faced.”

I think it’s assumed Pacquiao is going to press the attack himself early on, albeit slightly cautiously. I wouldn’t be surprised if he had some of the similar early successes he had in the first couple of Marquez fights and fans are waiting with bated breath to see if he will indeed be able to knock Floyd down for the first time in his career.

By coming out with these statements it’s clear from Floyd he sees himself as the man who will dictate things and if he does come out in such a way, the potential for some explosive early action is high. Freddie Roach has already stated in the build-up he finds Mayweather boring to watch and goes to sleep in some of his fights.

Yet whatever Roach thinks, Floyd’s unique defensive style is effective and his ring intelligence is beyond that of any other fighter in today’s game. Along with his innate natural gift it is really the dedication to his conditioning and to constantly perfecting his craft that has kept him on top of the sport at the now ripe age of 38, for so long.

Of his preparations, he said;

“I never watch an opponent. I feel like you have a certain game plan then when you get inside that squared circle – the game plan changes.”

Perhaps referring to Marquez especially, a fighter who gave Pacquiao nightmares for their first 2 fights in 2004 and 2008 before Mayweather “played with him” in 2009, Floyd said;

“Boxers may fight certain guys the same way but they fight me different.”

We are not far away now. The predictions, analysis and head v heart speculation will mean nothing in 36 hours time. There will only be one winner. And we will see if Mayweather’s claim is true regarding Pacquiao.