Mauricio Lara (23-2, 16 KOs) looked ready to take former IBF featherweight champion Josh Warrington’s head off during the high-energy final face-off on Friday after the two had made weight for their rematch on Saturday night at the Headingley Rugby League Stadium, Leeds.

Lara, 23, went right up to Warrington (30-1, 7 KOs) and pressed his face against him while seemingly talking trash behind a mask. It’s unclear whether Warrington understood what Lara was saying, as he spoke Spanish during the press conferences.

Warrington’s promoter Eddie Hearn maintains that he will be a different fighter in the rematch with Lara.

Hearn says what happened last February in Warrington’s ninth round knockout defeat in London against Lara won’t happen again. Still, it’s not a fight that Warrington can afford to lose, as it would mean the end for him as a 126-pounder.

If Warrington loses again to Lara, Hearn wants him to move up to 130 and try his hand in that weight division because he won’t have to work as hard to get down to 130.

Warrington will be motivated by the crowd

“I think it’s going to help him a lot, but at the same time, he’s got to box disciplined, and he’s got to box to a game plan, and that’d be difficult to do when you’ve got that kind of atmosphere rocking around in there,” said Eddie Hearn about Josh Warrington feeding on the energy from the 20,000 fans that will be watching him fight Lara on Saturday in Leeds.

“I think it’s going to be good for him. The last time, he just wasn’t there compared to what he’s used to,” said Hearn in talking about Warrington’s ninth round knockout loss to Lara last February.

“You can’t take anything away from Lara. He beat him up, but this time, Josh Warrington is going to be so switched on.

“That’s what he’s all about. A big, high-energy atmosphere to produce great performances. Can he do it on Saturday night in what could be a career-saver?

“Lara is walking about the hotel like he’s just going to stroll through him. So it’s going to be a war. But if you look at the first fight, yes, it was an upset, but watch the fight.

“It was a very good fight. I’ll tell you something. You’re going to get a cracking fight on Saturday, win, lose or draw,” said Hearn.

The crowd could help or hurt Warrington, depending on how he chooses to fight. We could see the same results if Warrington loses control and starts going to war with Lara as he did at the Wembley Arena earlier this year on February 13th. 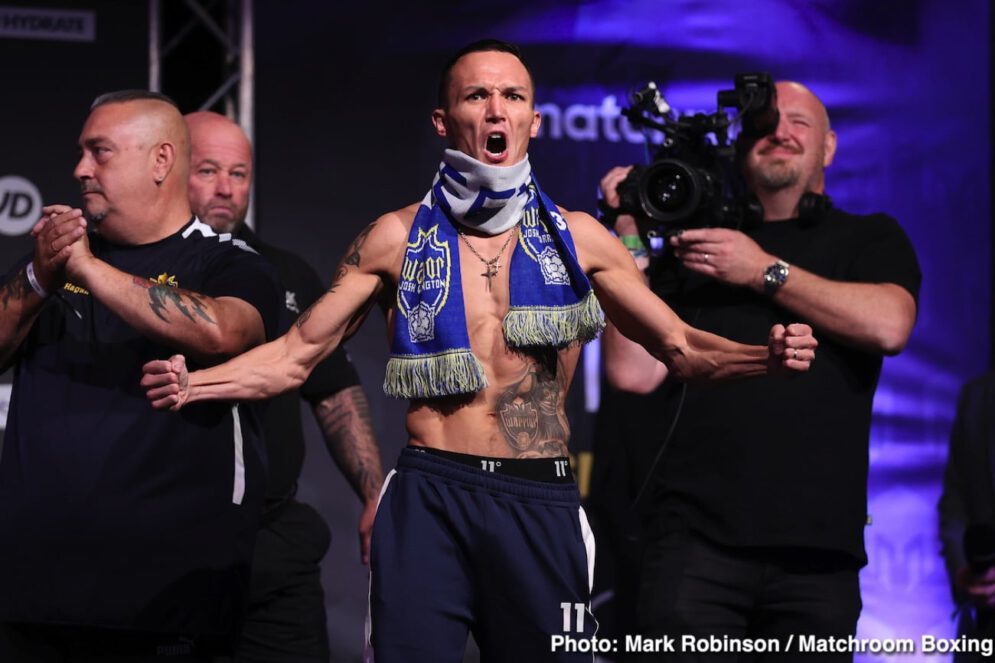 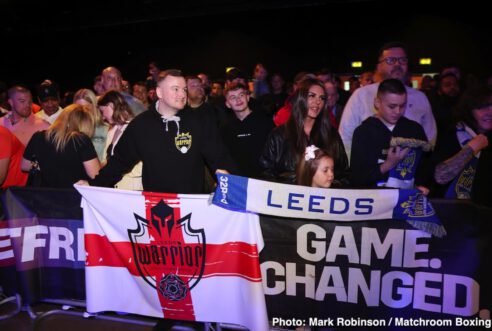 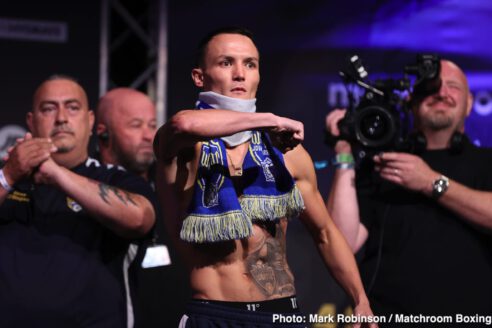 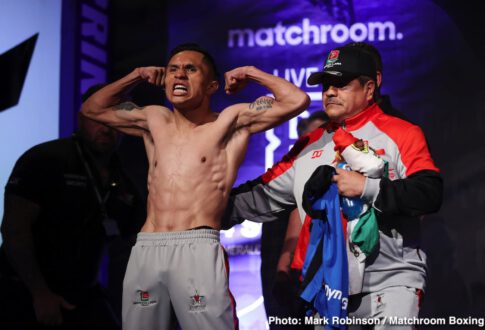 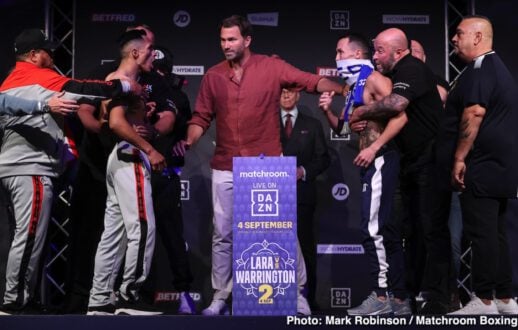 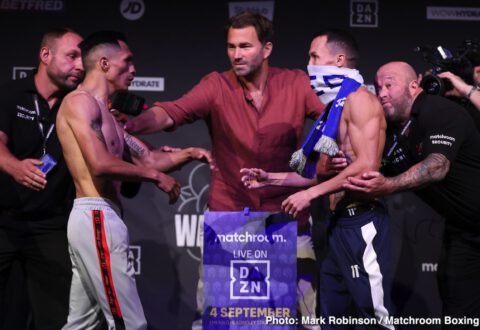 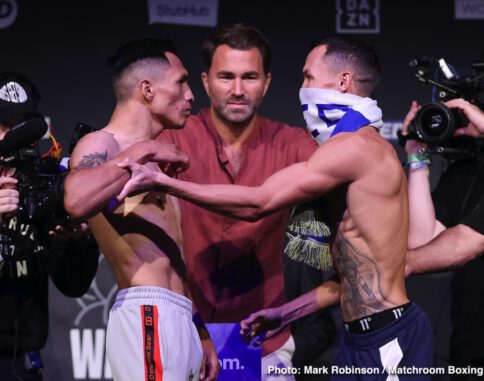 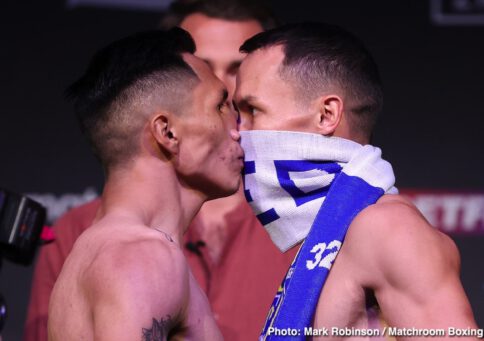 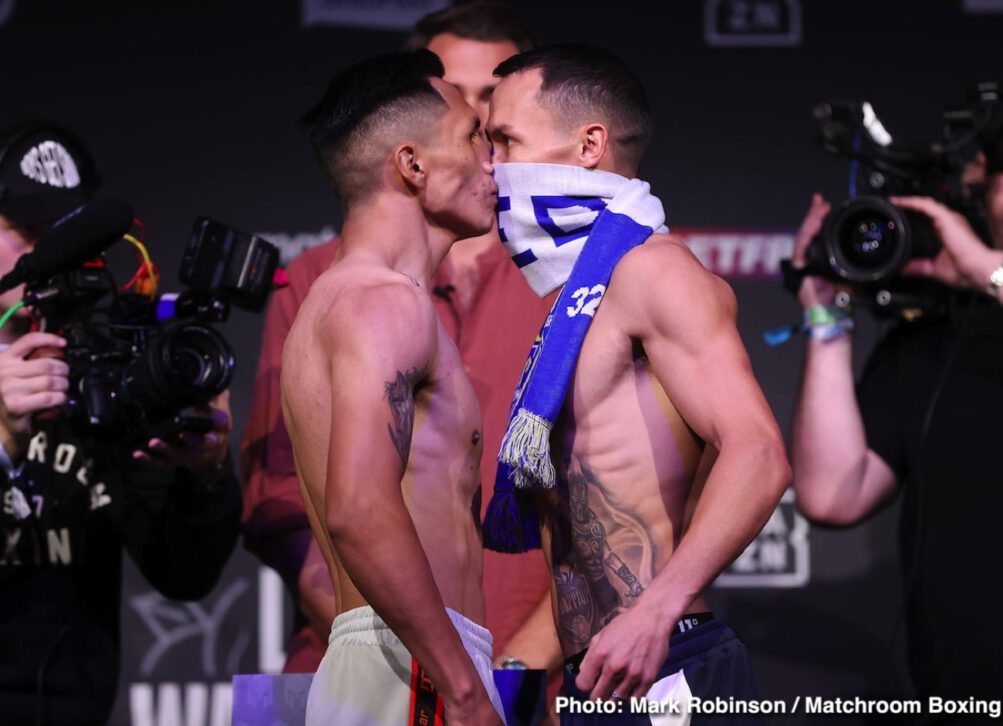 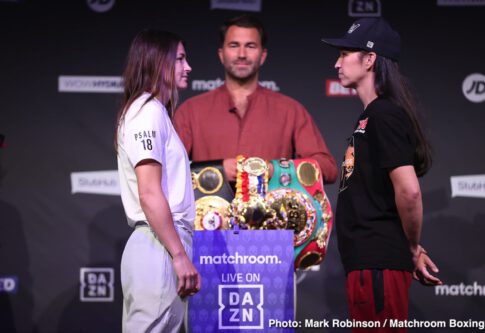 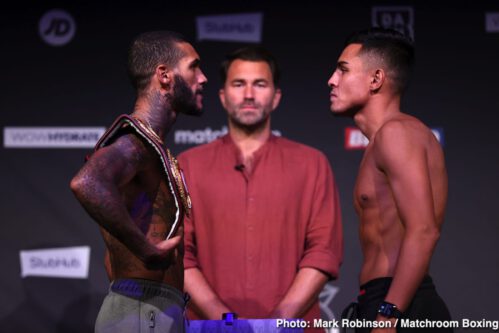 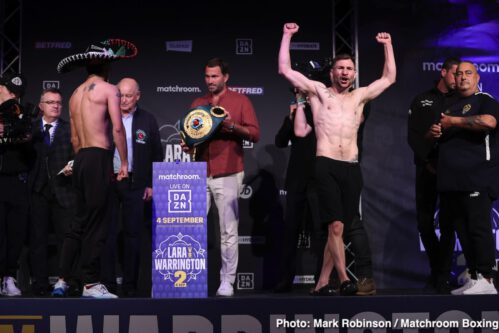 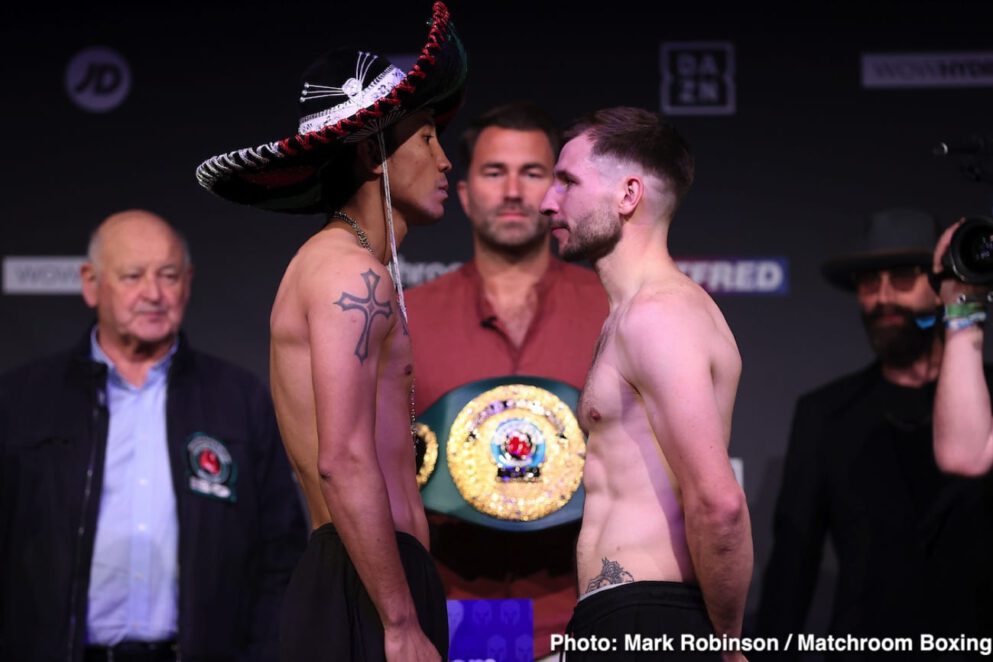 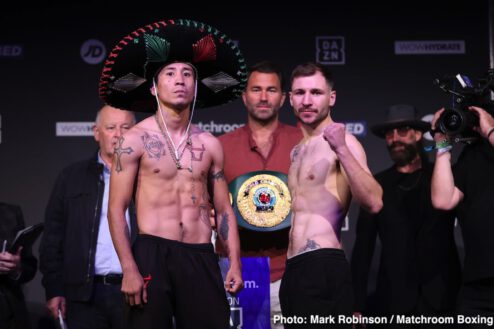 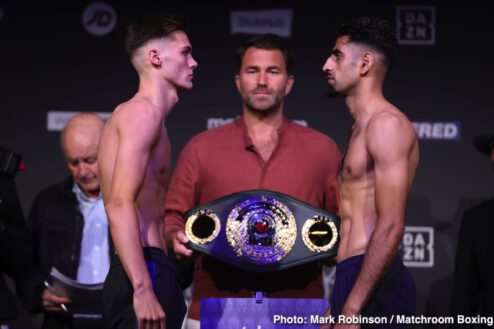 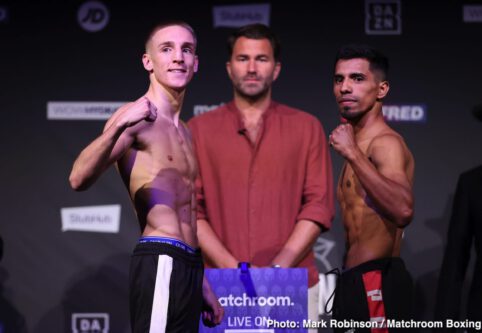 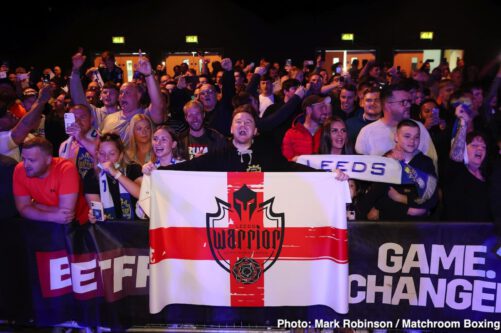 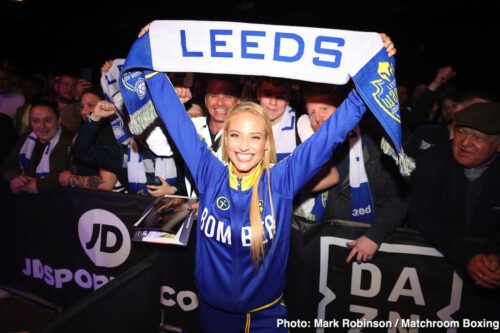