Caleb Plant went off on Thursday in taking shots at WBC super featherweight champion Oscar Valdez and his San Diego gym-mate Canelo Alvarez after learning that Valdez had been cleared to face Robson Conceicao on September 10th, even getting popped for the banned substance phentermine.

As a result of the Paqui Tribe Athletic Commission clearing Valdez (29-0, 23 KOs) to go ahead with his September 10th fight, he’ll now be facing Conceicao in the headliner in the ESPN+ televised card at the Casino Del Sol in Tucson, Arizona. Top Rank Boxing will be promoting the Valdez vs. Conceicao card.

ESPN reported the news earlier on Thursday saying that Valdez has been allowed to proceed with his fight on September 10th, despite his A and B samples testing positive for phentermine.

We don’t know yet what decision the World Boxing Council will make about Valdez’s positive tests. It’s possible they could strip Valdez of his 130-lb title, but they can’t stop him from fighting on September 10th.

WBC president Mauricio Sulaiman said to Mike Coppinger of ESPN that the sanctioning body “will be making a public statement” on what actions they’ll take about to strip Valdez of his title or let him keep it.

Coppinger says the Commission chose not to follow the VADA guidelines. Where there’s a problem is that Valdez signed up for VADA, and they list phentermine as a banned substance. In theory, that should have been enough for Valdez not to be cleared by the Commission to fight on September 10th.

You can bet that the fighters that now know loopholes for using banned CNS substances like phentermine to help them lose weight might want to fight in Tuzson at Casino Del Sol as well. 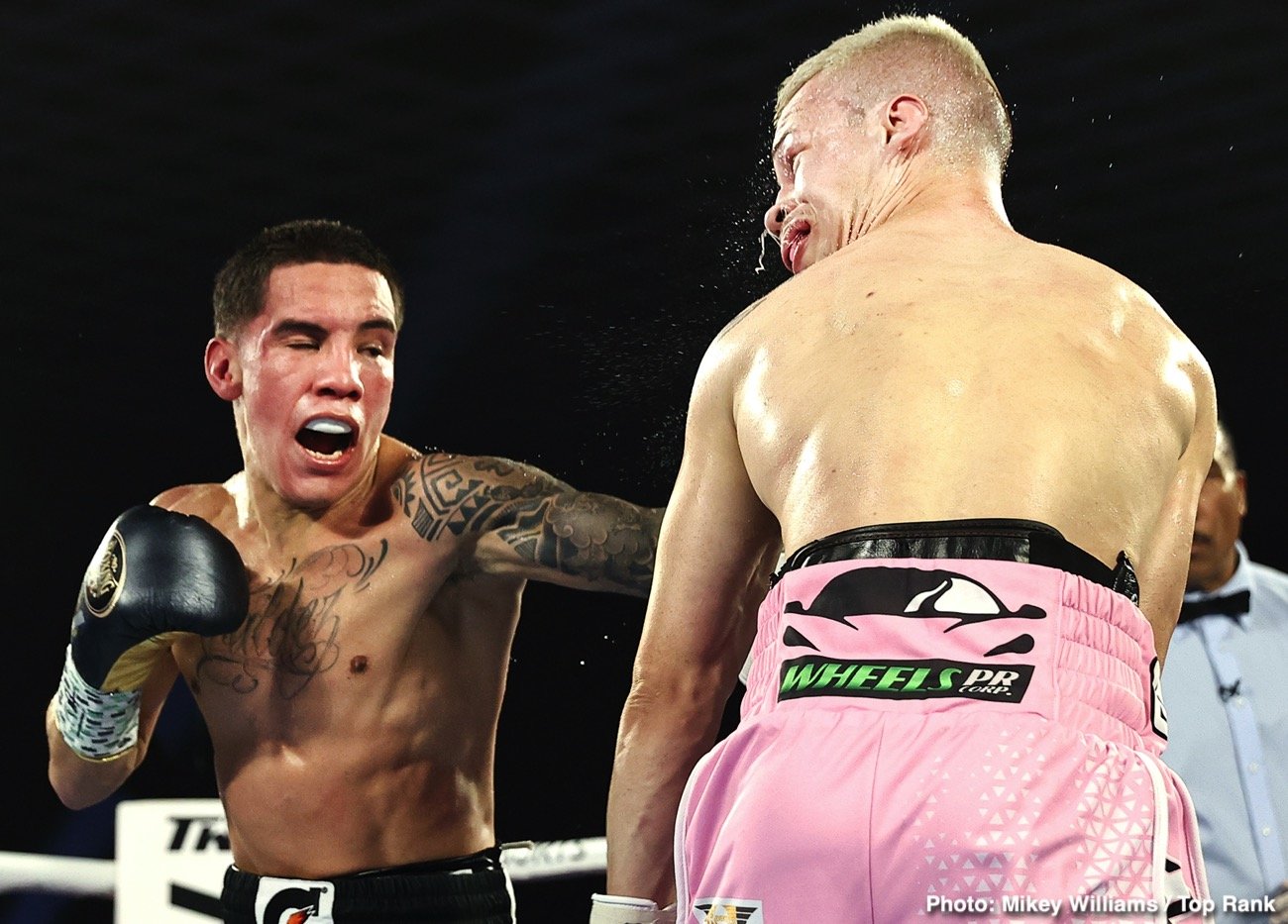 “You mean to tell me you have made over a $100 mill and live in San Diego, but you ate some tacos or a steak at some random a** taco stand in Mexico or some random a** steak and just doing that once made your levels THAT HIGH?” said Caleb Plant on Twitter in taking a shot at Canelo for his positive clenbuterol test from 2018.

“This sport has no place for cheaters. People don’t take this stuff out of confidence, they take it out of FEAR!

“Has a name even been mentioned of who might have given him the “herbal tea”? NOPE! the only name that’s come out is the one who took it so why to let someone put you in that position,” said Plant about Oscar Valdez,” said Plant.