“It feels fantastic to have won the Muhammad Ali Trophy, it feels like a dream,” said Briedis. “Me, my team, my family have been waiting for such a long time for the trophy. Thank God we did it, and I am really happy about it.”

Briedis’ only career defeat came after an extremely tough and hard-fought battle with Aleksandr Usyk in the semi-final of Season I as the official scores were 114-114 and 115-113 twice for the future tournament winner.

“I was down after the Usyk-fight,” said Briedis. Usyk was better that night, and it is what it is.

“But looking back I can see that a lot of things around me and in my team have changed. And everything has gone better since that fight. I really don’t know if I would have won that night if my career would have advanced the way it has.”

“In the first rounds I felt how dangerous Dorticos is, but I got used to his style, and in the later rounds we didn’t risk too much, we just boxed what we had prepared. I’m very satisfied with my performance.”

Because of the COVID-19 pandemic, the final for the coveted tournament trophy took place behind closed doors at Plazamedia Studios in Munich, not in a filled, noisy arena as the Latvian sports hero is used to.

“I hope I produced a fight for the Latvian fans to be proud of me. The fans couldn’t be at the arena, but at least through TV I hopefully brought them emotions.”

After touching down in Riga, Briedis took the trophy to The Freedom Monument, a symbol of freedom and independence, and the focal point of public gatherings and official ceremonies in Riga. Under normal circumstances, Briedis would have been met by a large crowd to celebrate his historic achievement.

“It’s a shame I could not share my feelings with my fans and with the people who believed in me, who prayed for me and who sent me very energetic and strong messages. But it feels amazing to show the fans that the trophy is finally in Riga after such a long journey.”

In addition to the Muhammad Ali Trophy, Briedis is now a three-time world champion after picking up the IBF title, and Ring Magazine’s champ at 200lbs. Briedis has now gone 4-0, including three decisions and one TKO, since that close loss to Usyk, the former cruiserweight ruler, who has moved north to heavyweight.

“I am considering a move to heavyweight,” said Briedis. “But right now I will rest a bit before I make any decisions.”

Mairis Briedis is the fifth winner of the Muhammad Ali Trophy, and the Latvian joins an illustrious line of elite boxers who have won the revolutionary bracket-style elimination tournament: Aleksandr Usyk, Callum Smith, Josh Taylor, Naoya Inoue, and Mairis Briedis are forever linked to Greatest of all Time. 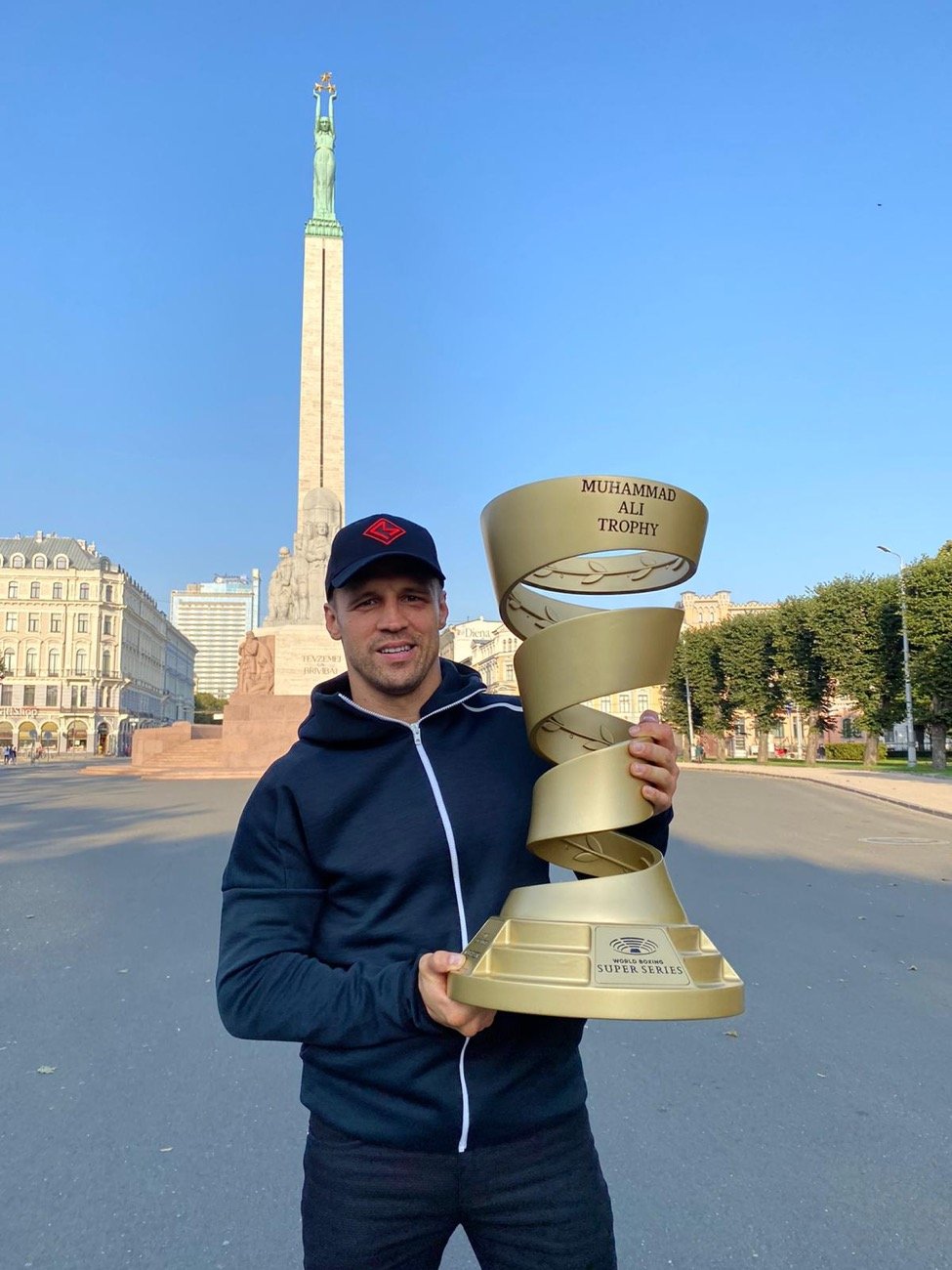