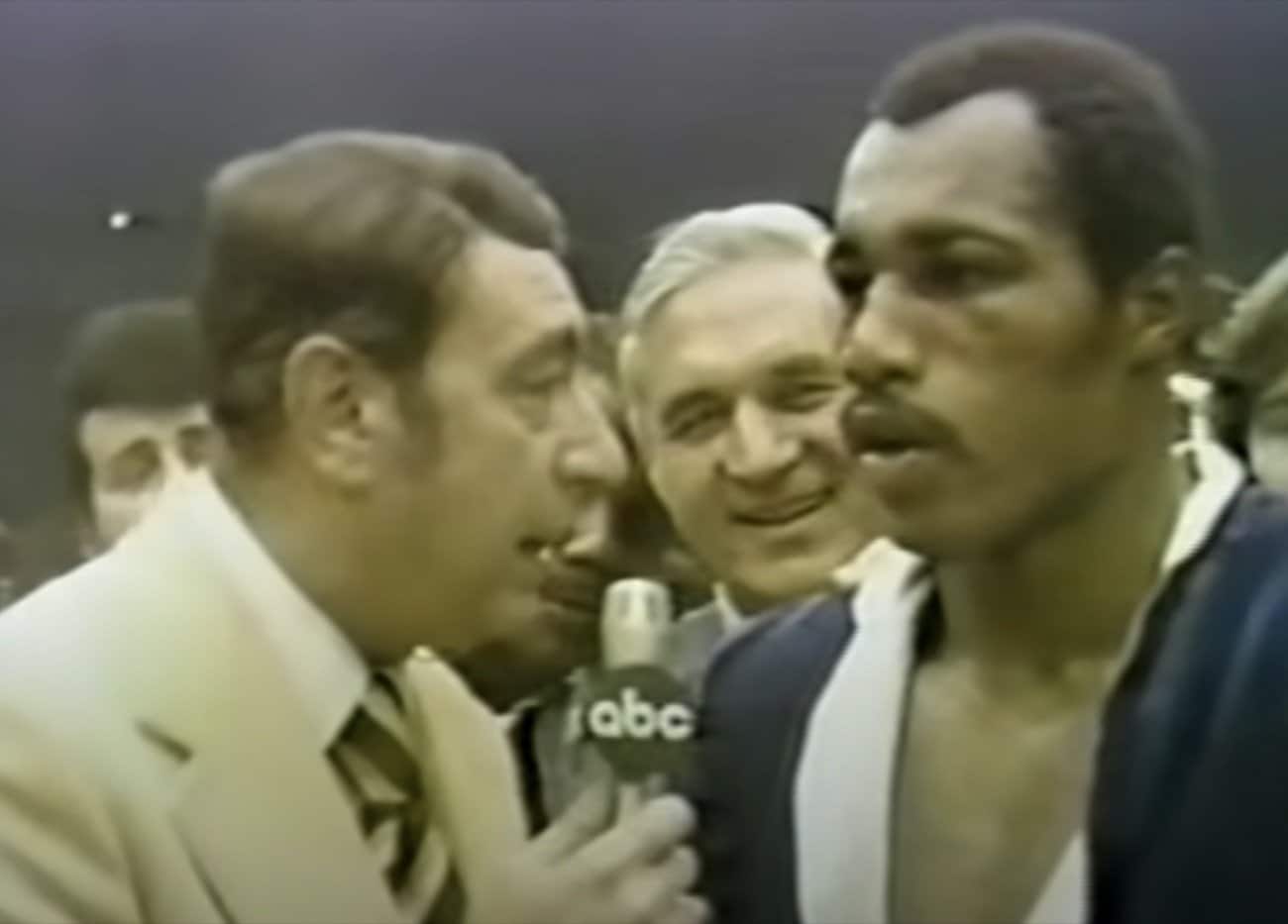 During his long career (or two careers: 1960 to 1967 and 1970 to 1978; not counting the awful and needless comebacks Ali made in 1980 and 1981), the great Muhammad Ali mastered many opponents, and their many styles. Thunderous punchers? Ali, as he said himself, ate ’em up. A tricky southpaw? Karl Mildenberger (the only lefty Ali ever faced) was stopped by a peak Ali. Aggressive physical fighters? Ali either outboxed them, let them punch themselves out, or else, when he had no other option (see Joe Frazier III), he went to war with them.

And Ali always came out on top.

But one man Ali always had nothing but trouble with each and every time he fought him, was Ken Norton. Norton, with his great physical strength and stamina, his counter-punching ability, and his unusual cross-armed defense, was able to give Ali fits no less than three times. In the first fight, the unknown former marine broke Ali’s jaw and won a decision that should in no way have been a split. In fight-two, Ali, in perhaps the best shape he’d been in since his days as Cassius Clay, got his revenge via a decision that was oh, so close. Then there was a gap of three years.

During this time, Ali went on to destroy George Foreman, in doing so taking back his crown; and making plenty of fans forget about Norton – or at least making them forget all about Norton’s chances against the great man. Foreman, after all, had crushed Norton inside a couple of rounds in his fight prior to being humbled in Zaire. But Norton was still there, he was still a thorn in the side of Ali’s pride. Ali HAD to fight Norton again, and so the third fight, the rubber-match, went down in New York in September of 1976 (44 years ago today).

Ali really should have been retired by then. Frazier had taken too much in Manila and Ali’s legs, reflexes and internal organs had been suffering ever since. Norton had bounced back after the thrashing at the hands of Foreman in Caracus, winning seven on the spin. Now set to face Ali with the title on the line for the first time, Kenny was in absolutely tip-top shape. Roadwork of five miles a day – done. Sparring in a gym with no air-conditioning – done. Utter belief he had Ali’s number – his. Norton was ready.

Ali approached his third date with the trickiest, most unsolvable opponent of his career with a grim determination. Still, Ali was in full form vocally: “Norton must fall!,” Ali bellowed again and again ahead of the fight. But was Ali trying to convince the fans, Norton, or himself? In truth, Ali knew there was next to no chance he would be able to score a KO inside the sold-out Yankee Stadium.

And so the fight raged on. Norton, never once hurt by Ali, never once fazed by his trash-talking, did what he had done in fights one and two. Norton seemed to have an innate ability when it came to timing Ali, and Ali’s jab. And whenever your opponent can take away your best weapon – as Ali’s stinging and punishing left jab was – you are in trouble. Ali was in trouble every time he fought Norton.

Ali tried everything in the third fight: he danced for as long as he could manage before fatigue intervened, he rope-a-doped, he talked constantly, hurling insults at Norton (even being admonished by the referee at one point, to which a desperate Ali replied, “he’s doing it too!”) Doubled over by at least one Norton body shot, Ali somehow managed to suck it up and fight back, fighting as best he could for the full 45-minutes.

It was all up for grabs going into the final round. And then Norton’s corner made the blunder of all blunders. On a par with Meldrick Taylor’s corner telling him ahead of the 12th and final round of his 1990 fight with Julio Cesar Chavez that he “needed the round bad” (he didn’t), Norton’s corner instructed their warrior not to take any chances, that he “had the fight won” (he hadn’t).

Ali used every ounce of strength and guile he had left and he won the final round – and with it the fight. And so the Ali-Norton rivalry came to an end, with Ali winning the series 2-1. But to this day, plenty of fans, experts, and historians say Ali never once truly, really, honestly defeated Norton.

Looking back all these years later, and here’s a take on things. The first fight was a clear and definite Norton win. Fight-two was as close as your next breath. While fight-three, though hard to score at times, was perhaps Ali’s; although it’s hard to see how all three judges sided with Ali for a unanimous decision.