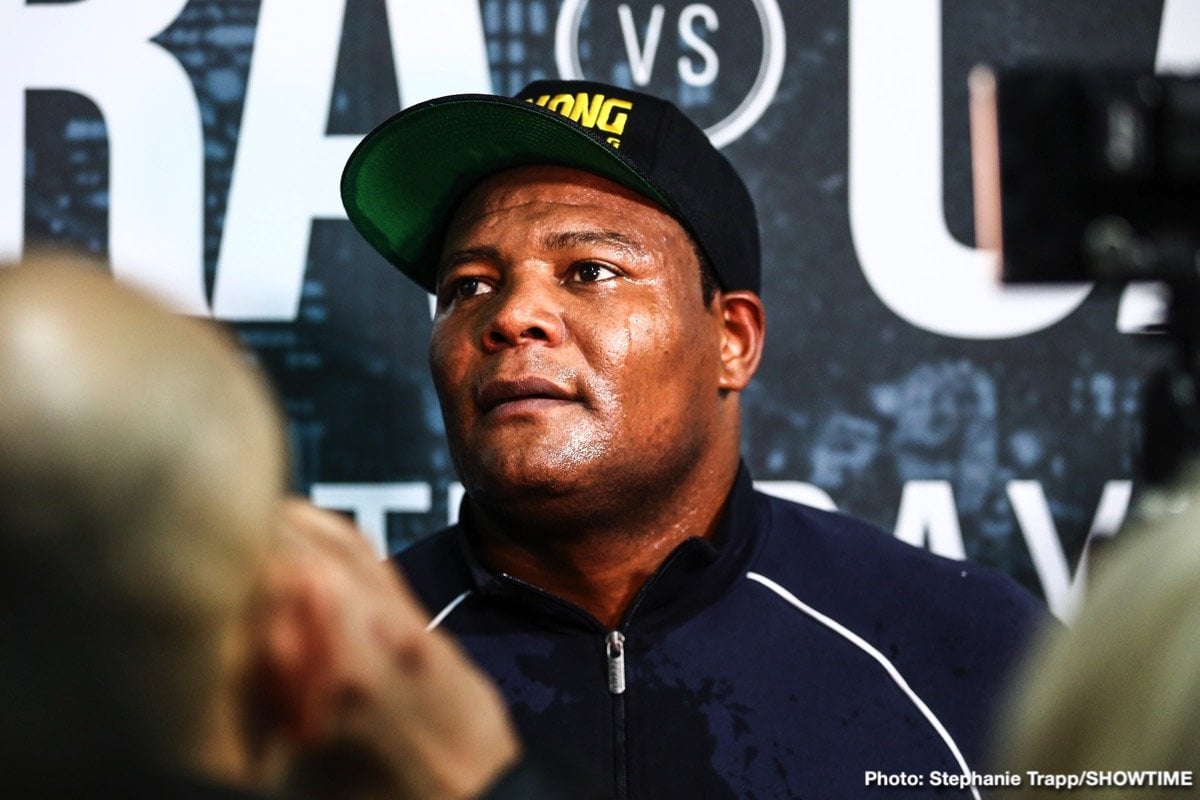 Luis Ortiz cannot seem to make his mind up; maybe he is waiting to have it made up for him. The once-beaten southpaw dangerman from Cuba is with one call-out demanding a shot at Anthony Joshua, and the next almost begging for a shot at redemption against Deontay Wilder. The 40 year old (or thereabouts; some say Luis is much older) will see action this Saturday, against the decent and durable Christian Hammer, and it is in fights such as this that Ortiz seems to do himself no favours.

Less than motivated, Ortiz can labour to beat guys he and his fans know ahead of the fight he will send home with another loss attached to their record (see his dull wins over Travis Kauffman and David Allen). But when the chips are down, when there is everything to fight for, Ortiz raises his game quite formidably (see his rumble with Wilder; thus far the sole world title shot Ortiz has been granted). So, who should he fight next in an effort to rule the world, AJ or Wilder?

Maybe Ortiz has a preference, maybe not; maybe he will literally fight anyone. Joshua recently mentioned Ortiz’ name, suggesting he has a “feeling” he will fight him next, assuming of course he gets past Big Baby Miller with no issues on June 1. As for Wilder, he needs a dance partner for May, when it is said he will fight, determined to put behind him the frustration and disappointment of his Tyson Fury rematch being put on the back-burner. It seems more likely the WBC king will face long-time mandatory Dominic Breazeale next, but who knows; maybe Wilder – as crazy and as totally unafraid of facing ANYONE as he is – will please the fans by agreeing to go to war with Ortiz a second time.

Ortiz needs to win the big one soon, as in really soon, if he’s to ever win it. As old as time in the opinion of some, the technically gifted, hard-hitting lefty might already be on borrowed time. So which heavyweight champ will grant him a shot at their belt or belts? Fury never really seems to even mention Ortiz’ name, so it looks we can rule him out. If he’s to get a crack this year, Ortiz will get it courtesy of either AJ or “The Bronze Bomber.” And it would be awfully dangerous work for either champ.

Should we see Ortiz get a second go at Wilder, or would the better fight be Ortiz against Joshua? Either way, Ortiz will let his bombs go. He has no other option. Kill or be killed would be the name of the game.

German boxing fans can watch Ortiz vs Hammer live on DAZN.de in Germany on Saturday.