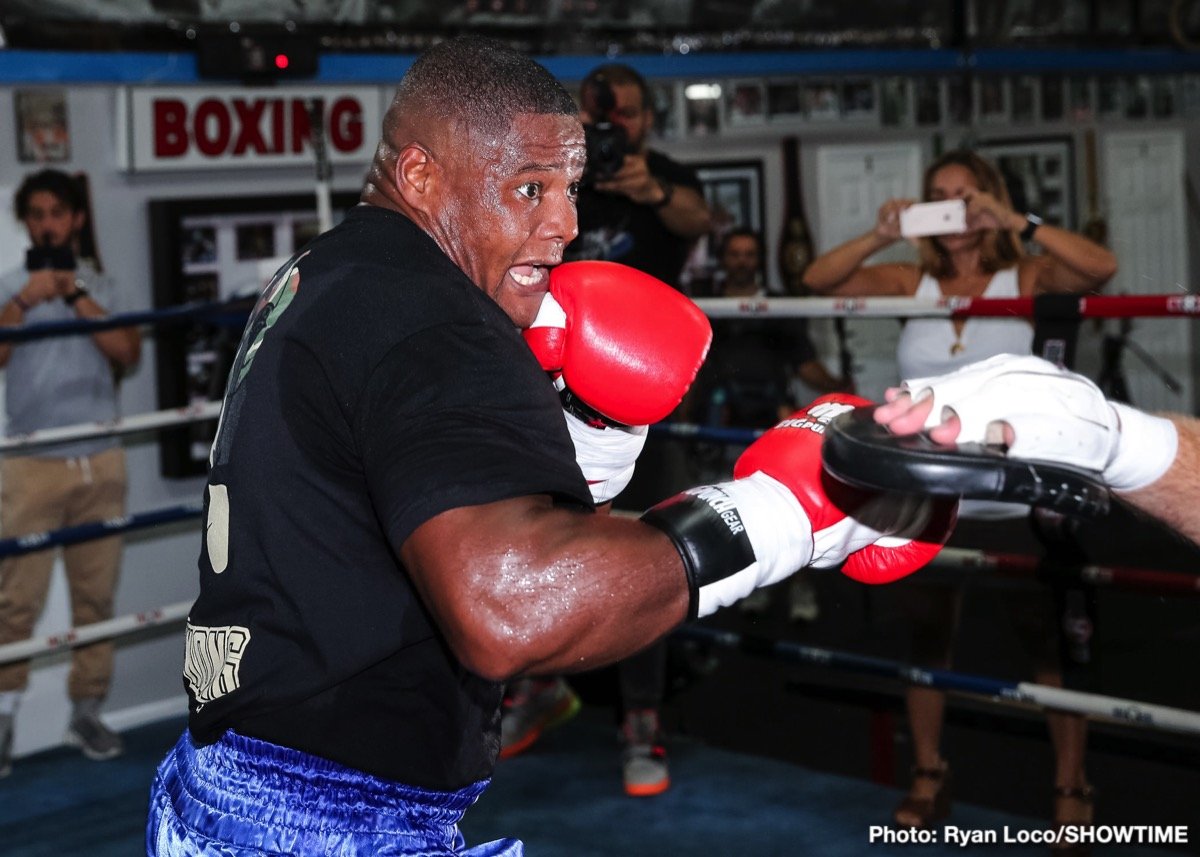 Once-beaten Cuban heavyweight Luis Ortiz believes Deontay Wilder, the man who stopped him in ten rounds back in March, will KO Tyson Fury on December 1st in Los Angeles – and “King Kong” wants a second shot at the WBC ruler. Ortiz is certain that, without making “one mental mistake” he would have beaten Wilder; who he had hurt in an at times thrilling fight, before Wilder roared back to stop him.

If Wilder does beat Fury, and if he doesn’t then fight Anthony Joshua after that, Ortiz is probably the most deserving next foe for Wilder; just by basing things on how good Wilder-Ortiz-1 was. Certainly fans would like to see a sequel. But first Ortiz must take care of Travis Kauffman, who he will face on the Dec 1 under-card. Ortiz says he has been training since the loss to Wilder and that he is ready to give a good performance against Kauffman.

Ortiz also aims to make Kauffman pay for saying what he said about his belief that Ortiz has been afforded physical advantages due to taking illegal stimulants. Ortiz did of course fail not one but two drugs tests not too long ago, but he has always insisted he is a clean athlete. Ortiz aims to take Kauffman, 32-2-0-1 (23) out and make him eat his words.

“I was impressed with Ortiz, with how he stuck to his game-plan with Wilder until he got clocked. He is skilled, yes, very, very skilled. But to me, you have to question, without the steroids, would he be where he is,” Kauffman told Boxing News earlier this month. “He is talented and very technical but to me he does pretty much the same thing in every fight. And because of the steroids, you’ve got to question his wins. I believe Ortiz is older than paper says he is, but the truth is steroids have preserved him.”

Naturally Ortiz disagrees, and wants to make Kauffman pay for saying what he said. Ortiz is a big favourite to beat Kauffman, but we just might get an interesting and far more competitive fight than people think. Kauffman is coming with all he has, he has made that clear. Can Kauffma ruin Ortiz’ dream of getting Wilder back in the ring?

Tyson Fury to Anthony Joshua: Don’t be chicken like you did against Wilder183 Total Shares