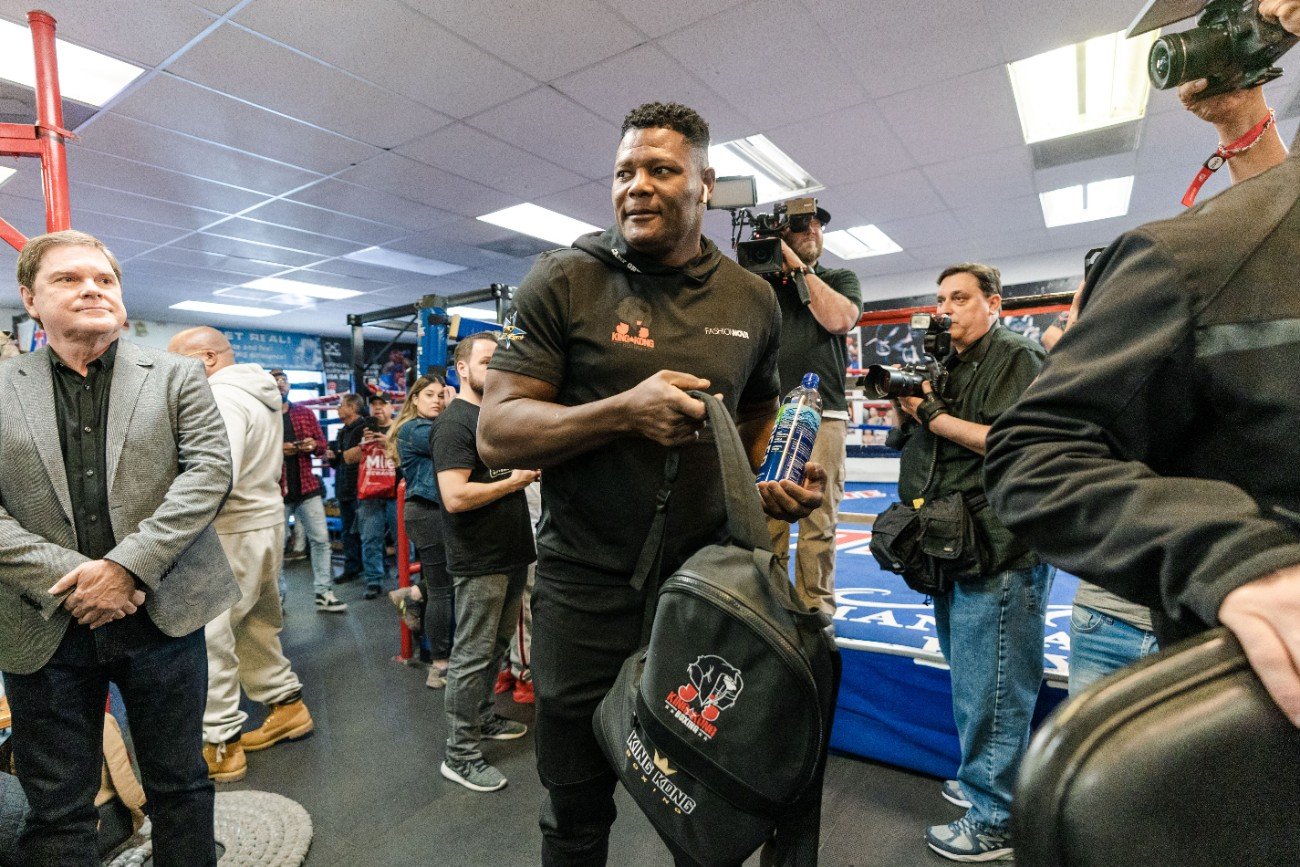 It was a “King Kong Monster Smash” in Las Vegas on Halloween Thursday, as top heavyweight contender Luis “King Kong” Ortiz treated the media to some of the tricks he has in store for WBC Heavyweight World Champion Deontay Wilder before they rematch in the main event of a FOX Sports PBC Pay-Per-View taking place Saturday, November 23 from the MGM Grand Garden Arena in Las Vegas.

Here is what the participants had to say Thursday from the Las Vegas Fight Club:

“My main goal has always been to become heavyweight champion and that goal has not veered at all. I haven’t lost any of that hunger. You don’t go through the torture of a training camp like this to just show up.

“I don’t know if Deontay will be improved for this fight, but I will definitely be an even better version of myself on November 23. If I get that opportunity like I got in the last fight, I’m not going to stop punching until it’s over. I’m going to seek and destroy.

“Our mantra is, he quits, they quit for him, you make him quit, or you knock him out. Any of those four is us winning.

“I’ve said it before and I’ll say it again, this fight is going to end in a knockout. Either I’m knocking him out, or he’s knocking me out…but he’s not knocking me out.

Ortiz: Wilder will need a Plan B & C

“When you watch videos online from Wilder, there are definitely things he does better now. But he still doesn’t have the experience of taking that from training into the fight. He’s got to have a plan B and C, and if he doesn’t, it will be a mistake. I have a plan for everything.

“I’m very proud to be Cuban and I’ve been around some of the great Cuban fighters of all time. It’s going to be very exciting to become the first Cuban heavyweight champion.

“I wouldn’t be here in Las Vegas if I wasn’t serious about being all-in for this fight. And I would have stayed home in Miami. I haven’t seen my family in months and that’s worse than any Deontay Wilder punch.

“This fight isn’t personal against Wilder, but it’s personal because I want to erase the loss and that thorn in my side. My motivation is for this fight and this fight only. I’m not thinking about any other heavyweights.

“If anything is going to change in this fight, it’s going to be Wilder making adjustments, if he can. I’m in 15 round shape and he’s going to have to deal with me for every round. We added Larry Wade as strength and conditioning coach and I’m happy and I’m blessed that I’ve had this great training camp.”

“This is a big fight for me. I’m very excited to put on an amazing show on the undercard for this great main event between Deontay Wilder and Luis Ortiz. I’m going to steal the show and walk away with the world title.

“Brandon Figueroa is a young fighter coming up, but he hasn’t faced anybody like me. I’ve faced the elites in the division, and we don’t know if Figueroa is there yet. We’re on our way to a collision in the ring and I know that I’m going to end up on top.

“We’re going to be smart in the ring, but we’re working hard for the knockout. If the opportunity comes, I’m going to take it.

“The fans should expect an explosive fight on November 23. It’s going to be a great night for Mexico, for me and for my whole team. I’m working hard every day to hear my name as the new champion of the world.”

“Luis Ortiz has the opportunity to mess up everybody’s plans. He’s not focused on anything else but Deontay Wilder on November 23.

“Ortiz knows he just needs to focus for 12 rounds and find a way to get a huge win. He’ll put himself in a great position. What better position than to be in than ‘the man’ in the heavyweight division?

“Deontay Wilder has improved with each and every fight. He doesn’t only have the right hand, but he’s learned some other tricky things that he does. Both of these fighters took this fight because they saw that they could make improvements heading into this fight.

“Ortiz’s conditioning will be important for this fight. He’s going to be able to fight all night long, and we already know he has a great skill set. It’s going to make this a really great fight.”