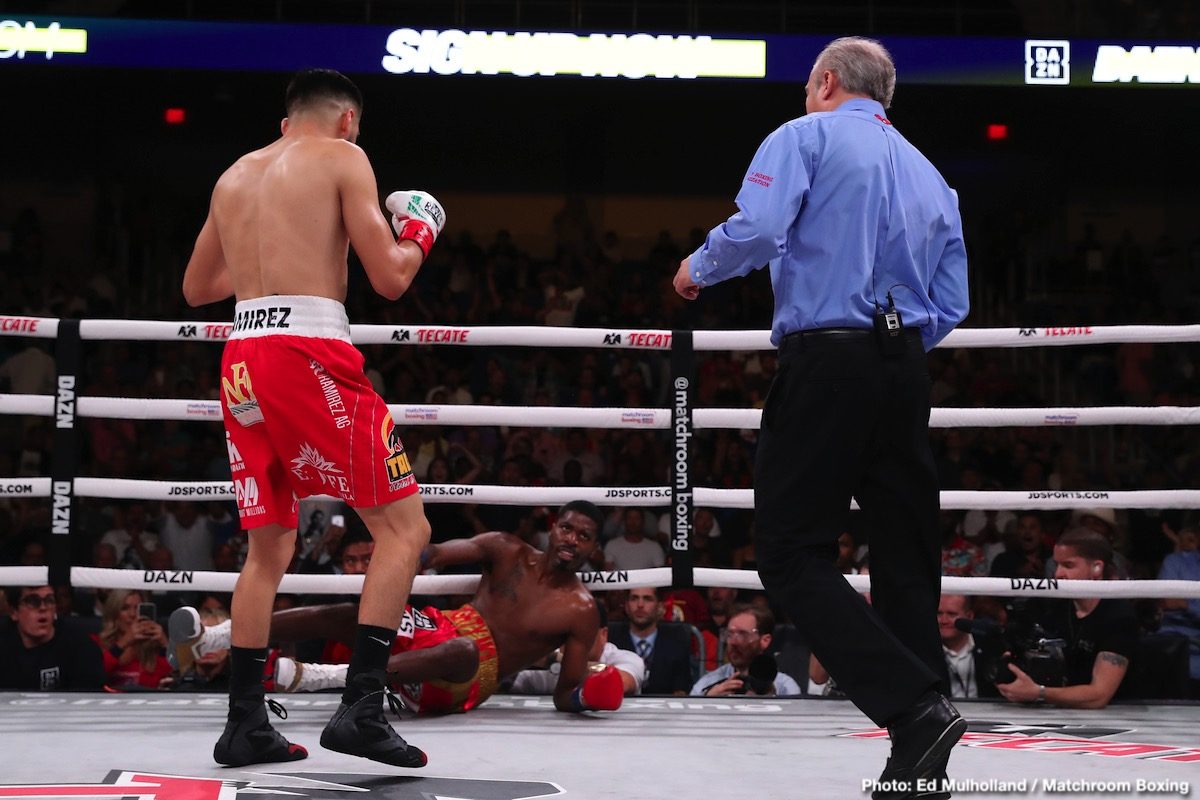 In an exciting fight from start to finish,WBC light welterweight champion Jose Carlos Ramirez (25-0, 17 KOs) used his powerful hooks to stop WBO 140 pound champion Maurice Hooker (26-1-3, 17 KOs) in the the sixth round in their much anticipated fight on DAZN at the College Park Center, Arlington.

Ramirez hurt Hooker with a left hook, and then tore into him with nonstop punches until the referee Mark Nelson needed to step in to stop the fight. Hooker didn’t complain about the stoppage, because he was defenseless at the time. If Nelson hadn’t stopped it when he did, Hooker would have gone down.

Hooker backed straight up when he was hurt

In the final sequence, Hooker got hit with a hook to the head from Ramirez. Hooker then backed straight up, and was caught on the chin with a perfect left hook that snapped his head sideways.

Had Hooker moved laterally, he would have been better off, but he chose to go backwards. That was a mistake. Once Hooker, 5’11”, was hurt, he had no way of defending himself. He never even tried to tie Ramirez up. He might have been too hurt to think at the time, because he was just covering up.

It’s not surprising that Hooker did that move, because he’d been covering up on the ropes the entire fight. Each time Hooker would do that, Ramirez would tee off on him. This time is was no different. Once Hooker was hurt, he retreated to the ropes, and was bludgeoned by Ramirez. Again, it was a good thing the referee Mark Nelson stepped in and stopped the fight, because Hooker would have been knocked down if he’d waited a few more seconds.

In the first round, the referee blew a call in giving Ramirez credit for a knockdown after he stepped on Hooker’s lead foot and hit him at the same time. It didn’t look like a planned thing on Ramirez’s part. It was just a case of him getting in close, and accidentally stepping on Hooker’s lead left foot.

The referee blew a call in the first round

Hooker tried to explain to the referee that his foot had been stepped on, but it was no use. Nelson had already made up his mind in calling it a knockdown. It’s good that the blown call didn’t play a part in the outcome of the fight, because that would have been a shame.

At the end of round three, both fighters continued to throw punches after the bell. Even when the referee Mark Nelson grabbed Hooker, he continued to try and throw shots. He was really hyped up at that point.

Hooker’s decision making was poor in rounds four and five with him backing up against the ropes, and getting worked over by Ramirez.

After the fight, Ramirez said he wants to fight the winner of the Regis Prograis vs. Josh Taylor contest. Prograis was at the fight tonight, and he likely saw a lot of vulnerabilities in Ramirez that he can take advantage of. 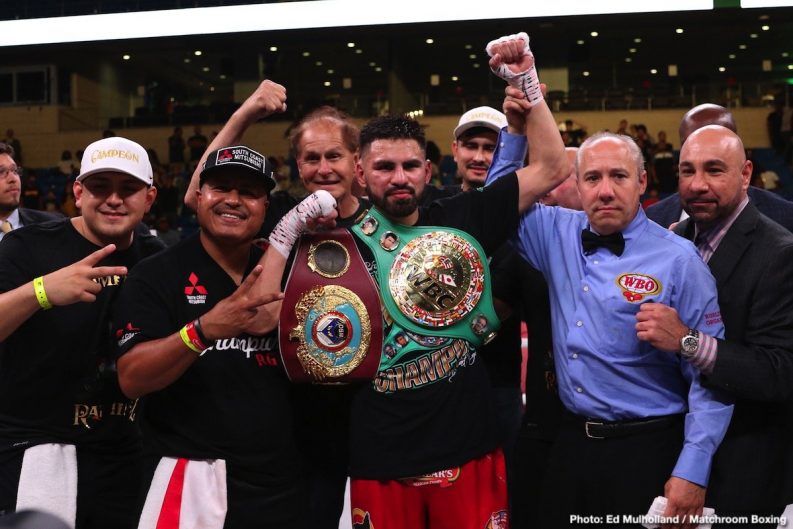 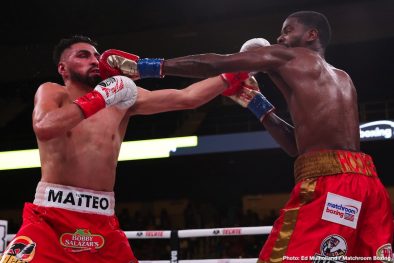 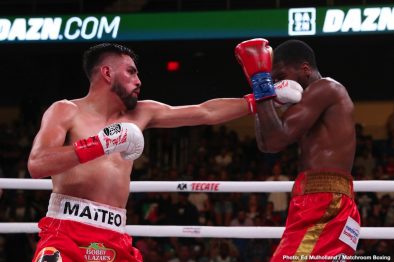 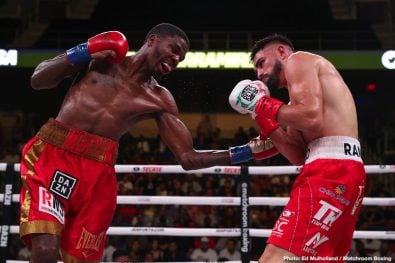 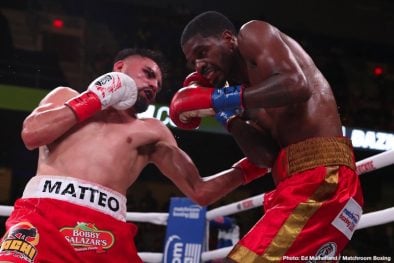 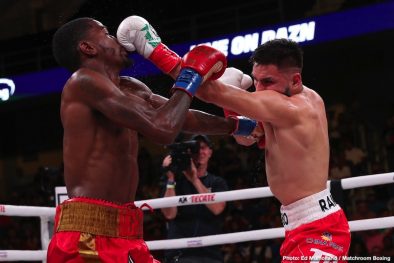 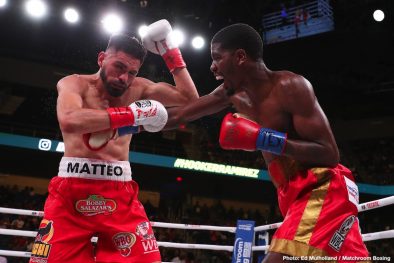 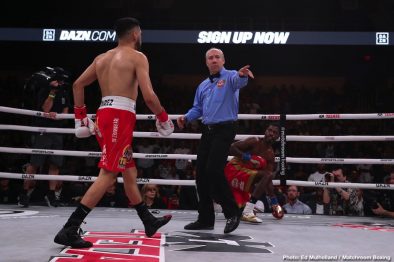 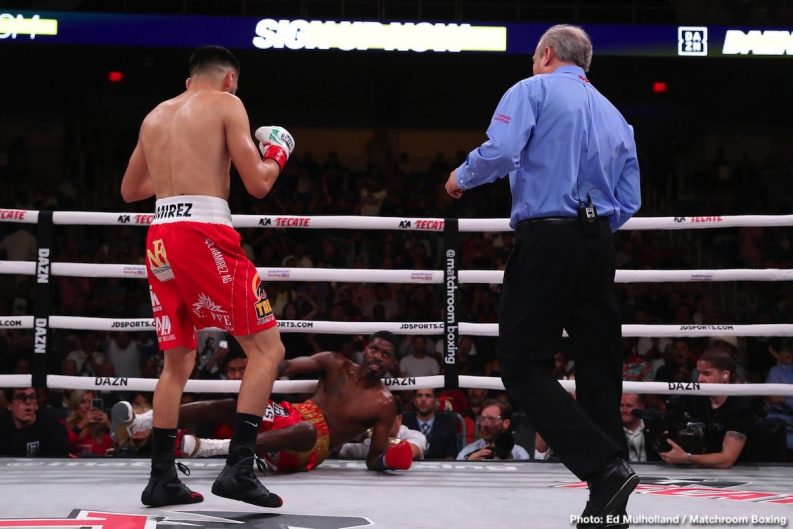 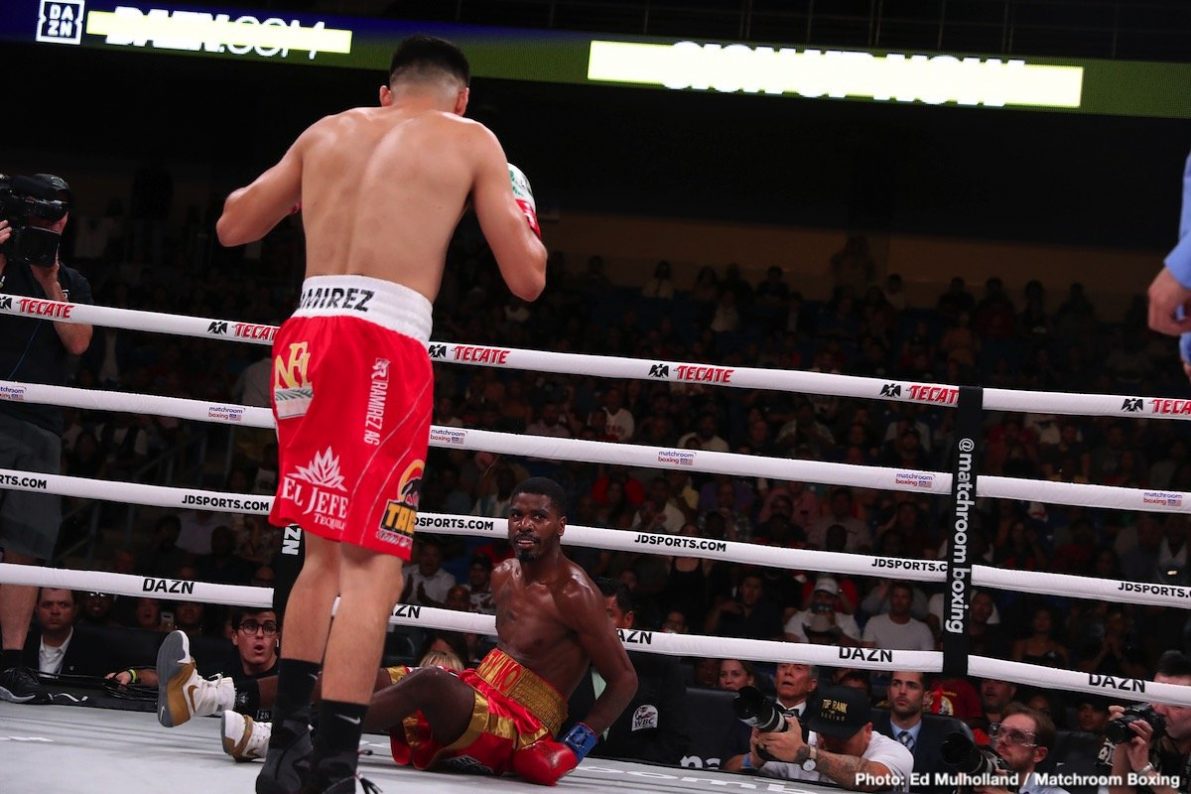 IBF super featherweight champion Tevin Farmer (30-4-1, 6 KOs) held onto his belt with a one-sided 12 round unanimous decision win over #3 IBF Guillaume Frenois (46-2-1, 12 KOs) in the co-feature bout.  Farmer put on a masterclass performance in winning by the scores 119-108, 116-111 and 116-111.  Farmer fought better in the first half of the contest. In the second half, he went on cruise control, and milked his wide lead against the 35-year-old Frenchman.

Farmer’s promoters have’t been putting him in with any of the talented fighters since he won the IBF belt two years ago. It would be nice to see Farmer matched against one of the good fighters in the division to see if he’s capable of beating quality opposition. 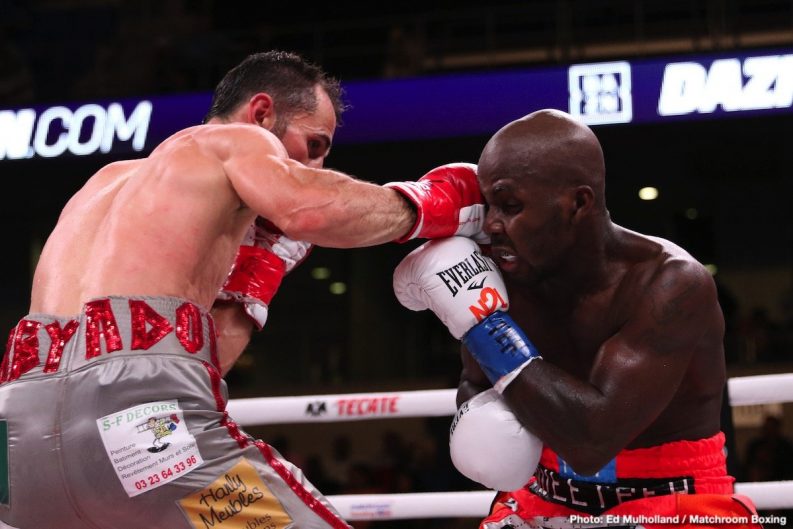 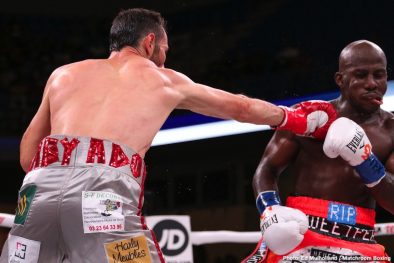 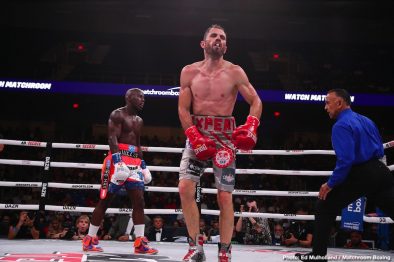 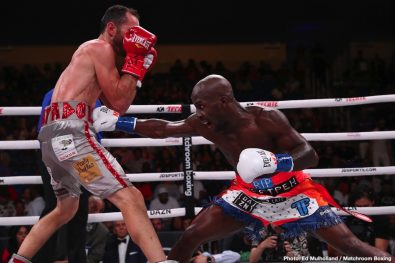 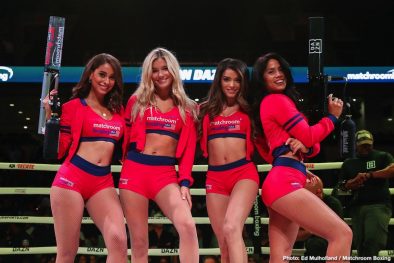 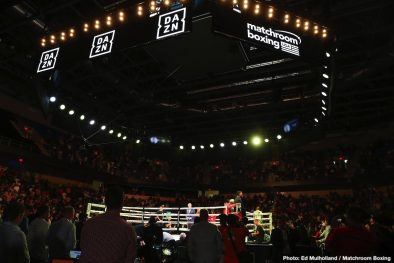 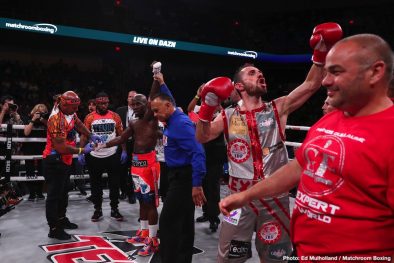 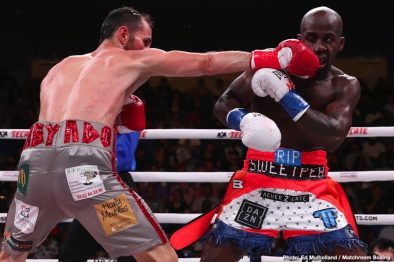 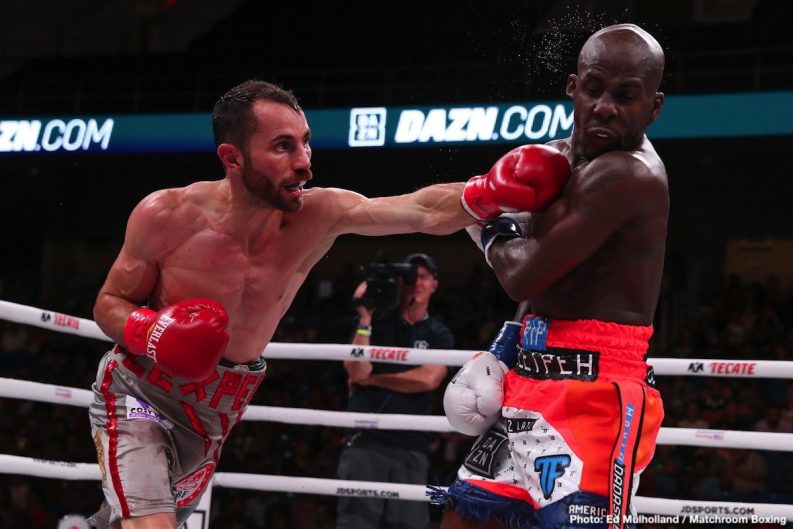 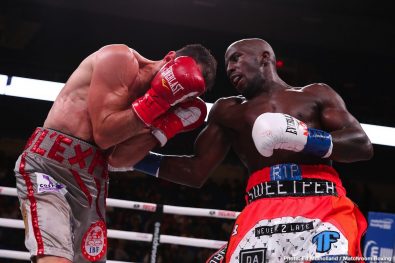 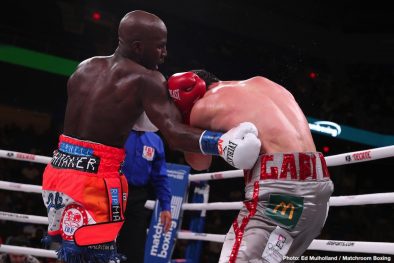 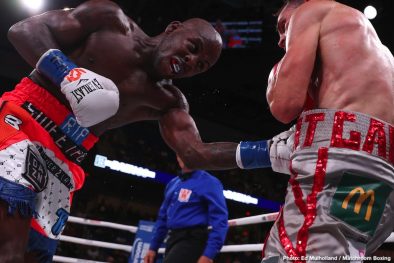 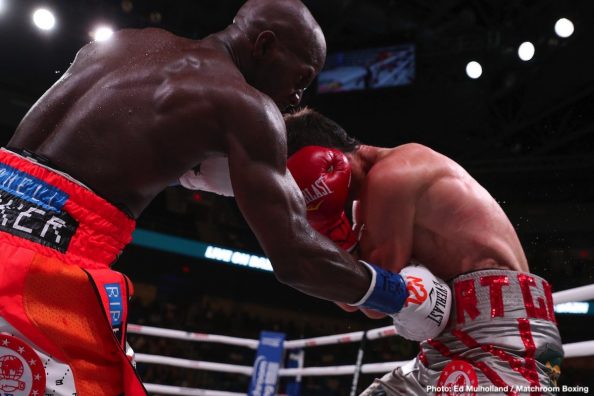 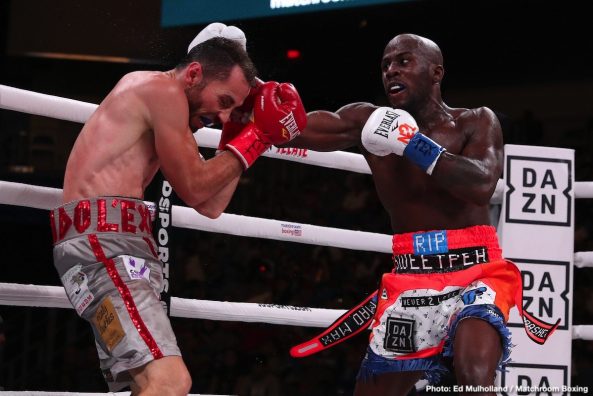