A subject that is delved into and celebrated by the superb new documentary, “The Kings,” the decade-long rivalry “The Four Kings” – Sugar Ray Leonard, Thomas Hearns, Marvin Hagler, and Roberto Duran – thrilled the world with was truly special. From June of 1980 (Leonard-Duran fight-one) to December of 1989 (Leonard-Duran III), these four greats went back and forth, into wars as well as classic boxing matches with each other.

You can debate which of the incredible, The World (really) Awaits fights was the best: for some, it’s Hagler-Hearns. For others, it’s Duran’s 15 round win over Leonard. But as to the last great fight these legends gave us when competing against one another, that came 32 years ago today. It was “The War.” It was Leonard-Hearns II.

Eight years in the making (or, you could argue, seven years too late), the rematch of perhaps the greatest-ever world welterweight title fight finally came. Hearns had been carrying a large piece of pain around with him ever since being topped by Leonard in the epic from 1981; this after coming so close to winning, Tommy ahead on points at the time of Ray’s gutsy, fight-changing surge.

Now, as a super-middleweight, Hearns would, at last, get his chance at revenge, his chance of removing “the monkey on my back.” Hearns wanted to beat Leonard bad, so bad it hurt. But was Hearns still capable? To the critics, Hearns – who had been KO’d by Hagler and by Iran Barkley and had then been heavily decked by James Kinchen, this in a fight that Hearns barely survived – was close to shot. His chin even less reliable than before; the battle-worn “Hitman” would surely fall to Sugar Ray.

Leonard felt this way himself (and the punishing fights Hearns had had with Barkley and “The Heat” convinced the 33-year-old superstar to finally grant Hearns his rematch wish, so some critics said). “For five rounds, it’ll be a good fight, then it will be my show,” Leonard said before the June 12, 1989 rematch. 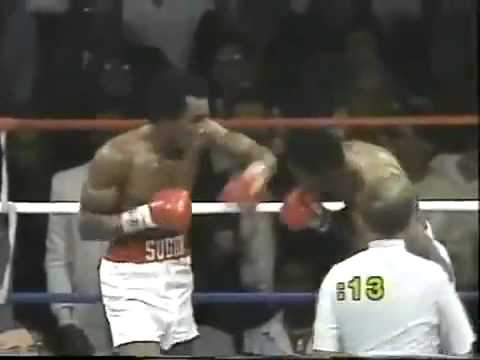 Instead, Leonard got the fight of his life and the fright of his life. All of it came back to Leonard: how much trouble he had had with Tommy’s long, snake-like jab, how much trouble he’d had with his thunderous right hand, with his silky boxing skills, with Tommy’s sheer determination to get the better of him. Downed twice during the better than expected battle, Leonard was the fighter looking close to finished. How much had the tough fights Sugar Ray had had, with Hagler and, more recently, Donnie Lalonde, taken out of him? And Father Time, thought to have been more of an enemy of Hearns, was playing his part in Sugar’s apparent downfall.

But Leonard again went to the well. He again rallied late on in the fight. After having been down in round 11 (and earlier, in the 3rd), Leonard roared back to come close to taking Hearns out in the 12th and final round. It was nail-biting stuff, with Hearns, somehow showing a chin of defiance, taking a desperate Leonard’s best and then smiling back at him.

This time, the fight went to the cards – and Hearns had surely won. All those in attendance at Caesars Palace thought so, or most of them did. But it was a draw, the sole drawn fight of “The Four Kings” rivalry. Hearns didn’t care, he knew he’d beaten his great rival, and he knew he would be able to sleep properly at night from here on in. Leonard didn’t care too much either, he had managed to avoid defeat, and he knew he would never again tangle with Hearns. 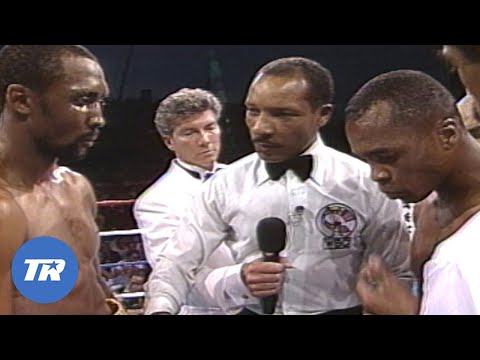 And though there was one more “Four Kings” fight to come – this the dreary Leonard-Duran III in December of 1989 – this special, unforgettable rivalry had, for all intents and purposes, reached its finale. Hearns and Leonard brought out the best in each other. Twice.