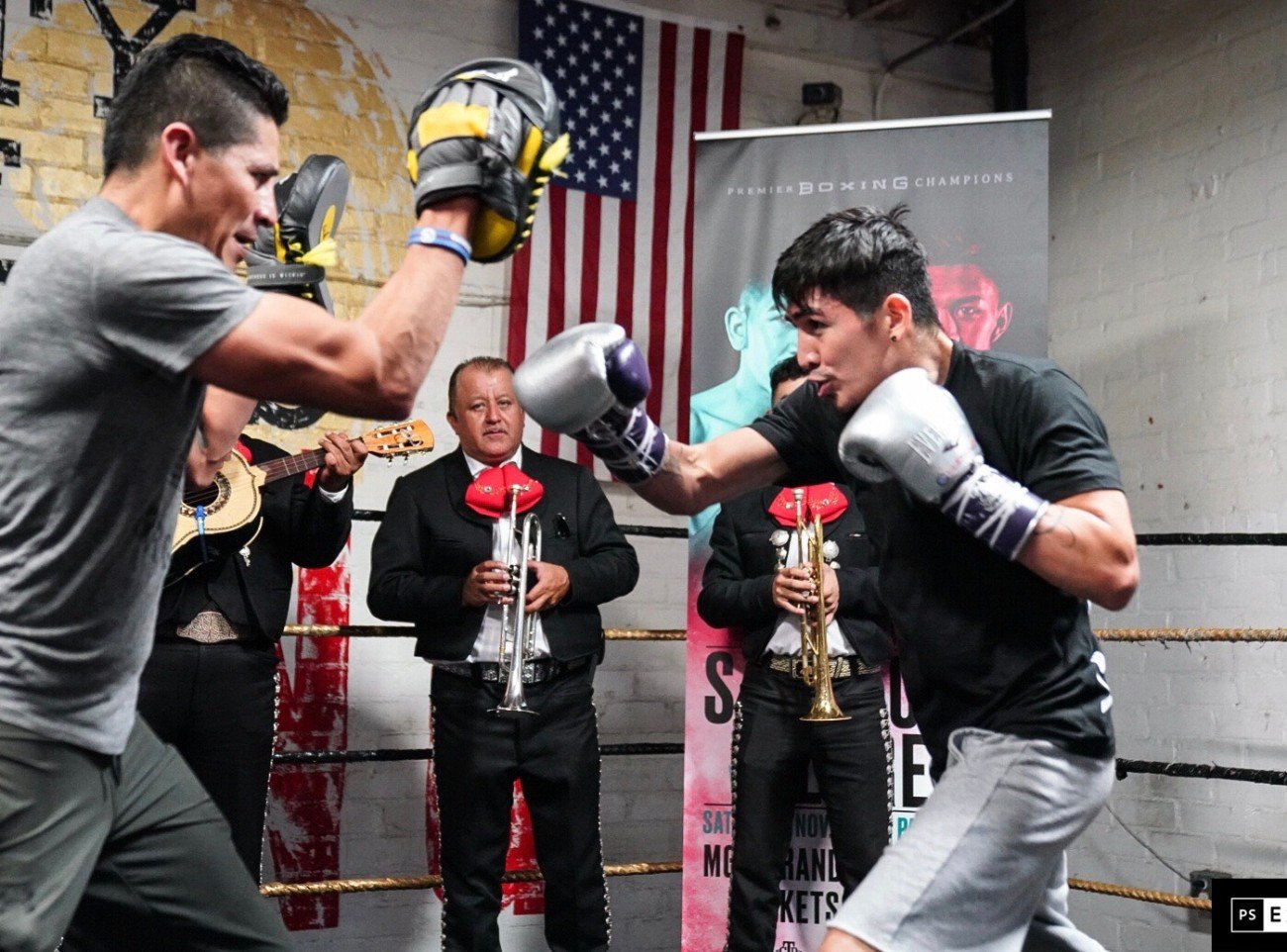 Los Angeles’ Santa Cruz hosted media at City of Angels Boxing as he nears his opportunity to win a world title in a fourth weight class. Here is what Santa Cruz had to say Wednesday:

“I’m only focused on my fight because I know that Miguel Flores is going to bring everything he has to try to win that title. There are a lot of great champions in this division but I can’t think of anything past Flores.

“I’m expecting a classic Mexico vs. Mexico brawl. Flores is from Michoacan and the people from there have a lot of heart and they leave everything in the ring. I’ve seen him do it. He throws to the body really well. He has a good uppercut too. So I know it’s going to be a tough fight.

“We always work hard in the gym so that we can throw a lot of punches in the fight. We want to put the pressure on and give the fans a great fight and take home the win.

“I train hard no matter who the opponent is. That’s the only thing I know how to do. So I don’t think about any let downs, only about winning the fight in front of me. I think this is a great opportunity to introduce myself to the division.

“I’m going to go in there and fight hard for 12 rounds or as long as it lasts. I’m going to be smart and make sure I get the win. But we also always want to give the fans a great show from start to finish.

“I feel really good right now. And I think I’m going to be strong at that weight and have extra power in the ring on fight night. I don’t spend as much time in camp worrying about cutting weight so everything else will be better because of that. I’m going to be ready for everything Miguel Flores can bring.

“I want to win another title for my legacy and so I can continue to give fans great fights. This is a great opportunity so I’m going to go ahead and make the most of it.

“It’s great to be on this card with such an exciting main event. You know that Deontay Wilder can knock anyone out at any minute. The heavyweight division is really exciting right now and I know Wilder and Luis Ortiz are going to give everyone something to remember. I want to make an exciting fight too and steal the show. It’ll be hard to do, but I’m going to go out there and try to do it.”