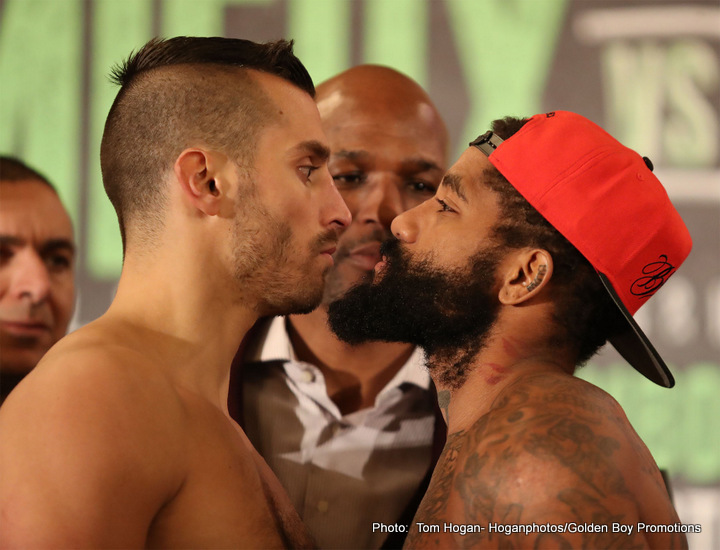 A future date with Canelo is potentially at stake when former middleweight champion David Lemieux and Curtis Stevens meet in the main event on HBO this Saturday night. Could this be a setup bout to ensure a quality opponent for Canelo Alvarez in September assuming Golden Boy Promotions and K2 Promotions can’t seal the deal on a Canelo vs. Golovkin fight? Regardless of what the future holds for the winner, the matchup itself is worth watching.

There’s definitely a crossroads theme matching two hard-hitting middleweights with a big carrot dangling for the victor. Obviously the carrot is probably not obtainable for Curtis Stevens being that he’s with Main Events, whereas Lemieux is tied to GBP. That said anytime a fighter scores a quality win on premium cable it tends to lead to bigger and better things. (Don’t tell that to Guillermo Rigondeaux)

David Lemieux’s career has been stuck in neutral from the moment he stepped out of the ring in October 2015. Lemieux lost in one-sided fashion to one of the best boxers in the world Gennady Golovkin. Losing to ‘Triple G’ is nothing to frown upon however David was basically a no-show for most of the rounds. He battled a virus early in 2016, preventing him from making weight, before re-entered the ring against a badly faded Glen Tapia last May. Lemieux did manage to get another tune-up in before year’s end so he should be ready to go for this all-important challenge.

Curtis Stevens started his professional journey contending at super middleweight but the move 8 pounds south suited his body-type much better. At 168 he never gained enough traction to be considered a real threat. At 160 his best victory was stopping Tureano Johnson after being down on the cards.  Unlike David, Curtis at least attempted to unload his ammunition in a 2013 knockout loss versus GGG.

Neither man is known for their defense which in turn should pay off in the form of good action for the viewing audience. Whoever establishes a consistent jab first will have a clear advantage. Both combatants can get wide with their power punches so the use of some sort of lead punch will allow a clearer path to the target.

Lemieux should avoid frequent left hook exchanges with Stevens, who at times limits himself to primarily throwing only a left hook. Smart boxing while increasing the pressure and punch volume as the rounds roll on is the key for Lemieux to enter the Canelo sweepstakes.

From a Curtis Stevens perspective, applying pressure that borderlines on reckless may do the trick. Stevens doesn’t have a jab like GGG, but he does have power and a strong will. Lemieux’s shown plenty of weakness when crowded on the inside and forced to the ropes where Stevens can land looping bombs. The problem with Stevens is his stamina shrinks in the mid to late rounds.

Expect some touch and go in the early rounds, then several frames of intense two-action, with Lemieux pulling away with clean combination punching. 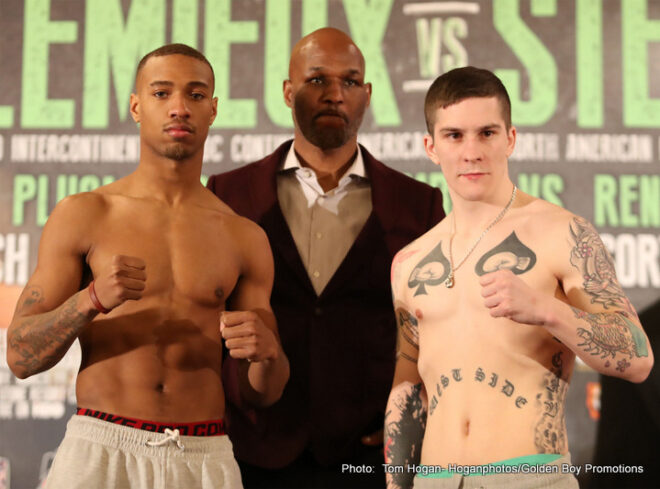 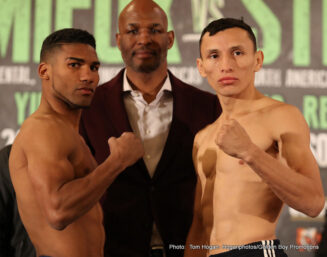 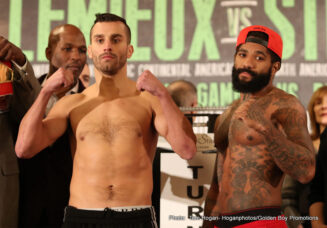 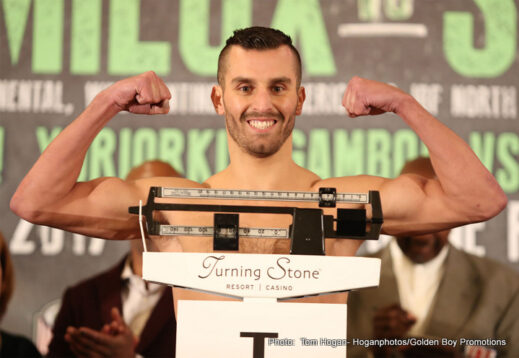 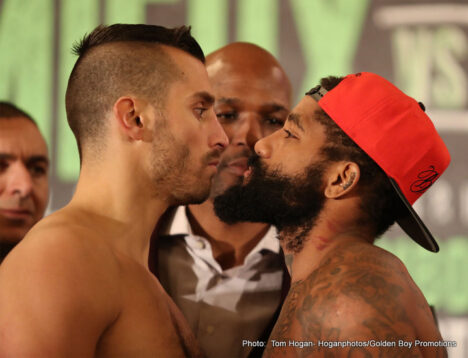 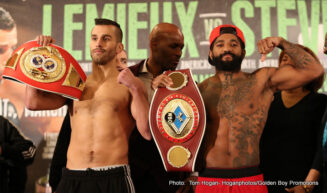 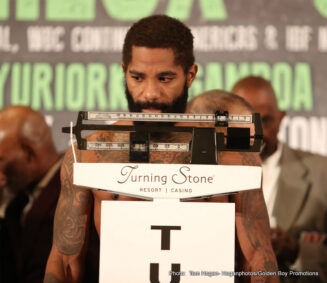 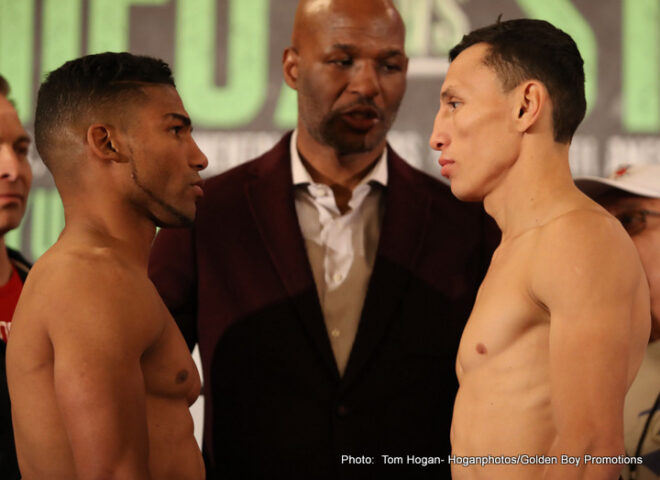 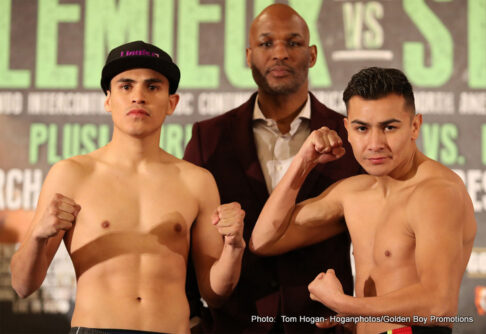 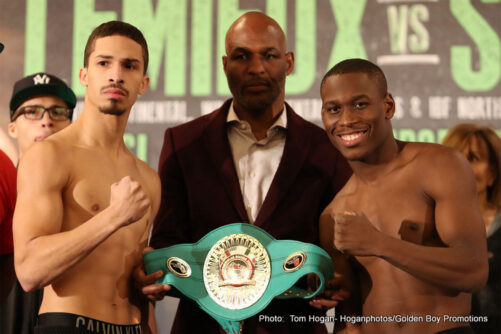 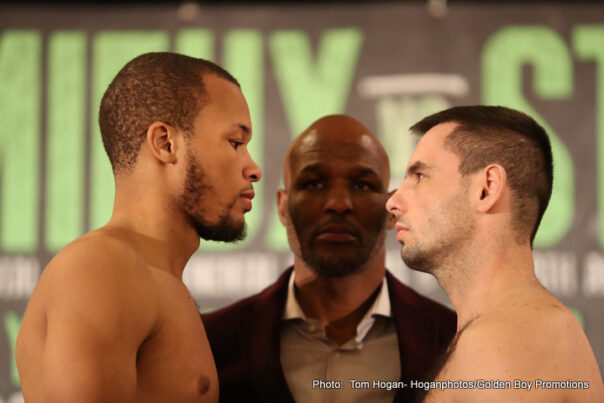 My Official Prediction is David Lemieux by Majority Decision.

Side Note: This Friday night on Showtime’s ShoBox: The Next Generation, Clarissa Shields becomes the first woman in the US to headline a cable television main event. Also, keep an eye on Demetrius Andrade and Jack Culcay fighting in Germany.