David impressed the 10,000 fans that came to watch him put on a show at the Gila River Arena in Glendale, Arizona, and he didn’t disappoint. Now, he wants his mandated titles hot against Canelo, who feels has been ducking him for over a year.

Benavidez, 25, points out that he’d ALREADY won a WBC 168-lb title eliminator last year in March 2021 when he stopped Ronald Ellis in the 11th round.

“I feel like I was the #1 contender already when I won the title eliminator [against Ronald Ellis in March 2021],” said David Benavidez at the post-fight press conference last Saturday night following his win over David Lemieux.

Normally when a fighter becomes mandatory, the champion is expected to defend against him within a year. It’s now been 14 months since Benavidez became Canelo’s mandatory for his WBC strap, and he’s still not getting his shot.

Tonight, Benavidez had to jump through another hoop to try and get a Canelo fight by defeating Lemieux to win the interim WBC 168-lb title.

“Now, I won the [WBC] interim title. So it was two fights. I was the #1 contender, so I do feel like I deserve it. I put the work in,” Benavidez continued.

“I beat the challenges and obstacles that they said I had to do to get to the world champion [Canelo]. I still haven’t received a fight. So, I definitely do think I deserve that fight,” said Benavidez.

For sure, Benavidez deserves to fight for the WBC 168-lb title against Canelo, and it’s odd that the World Boxing Council hasn’t yet ordered the match.

If Canelo isn’t going to defend against Benavidez, he needs to give up the belt, particularly with him fighting at 175 against WBA champion Dmitry Bivol.

It’s likely that Canelo will fight Bivol a second time, possibly at 175 again. If that happens. that would be twice in a row that he’s not defending his WBC title.

The WBC should, in theory, strip Canelo of his title if he’s unwilling to defend the belt against Benavidez. Will they do that? I don’t think so. We’ll see what happens soon. If Canelo is going to fight a rematch with Bivol, he must activate the rematch clause soon because his next fight is in September. 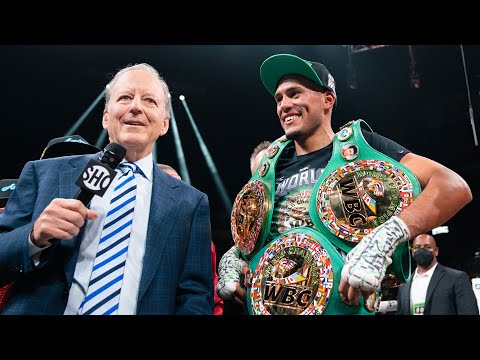