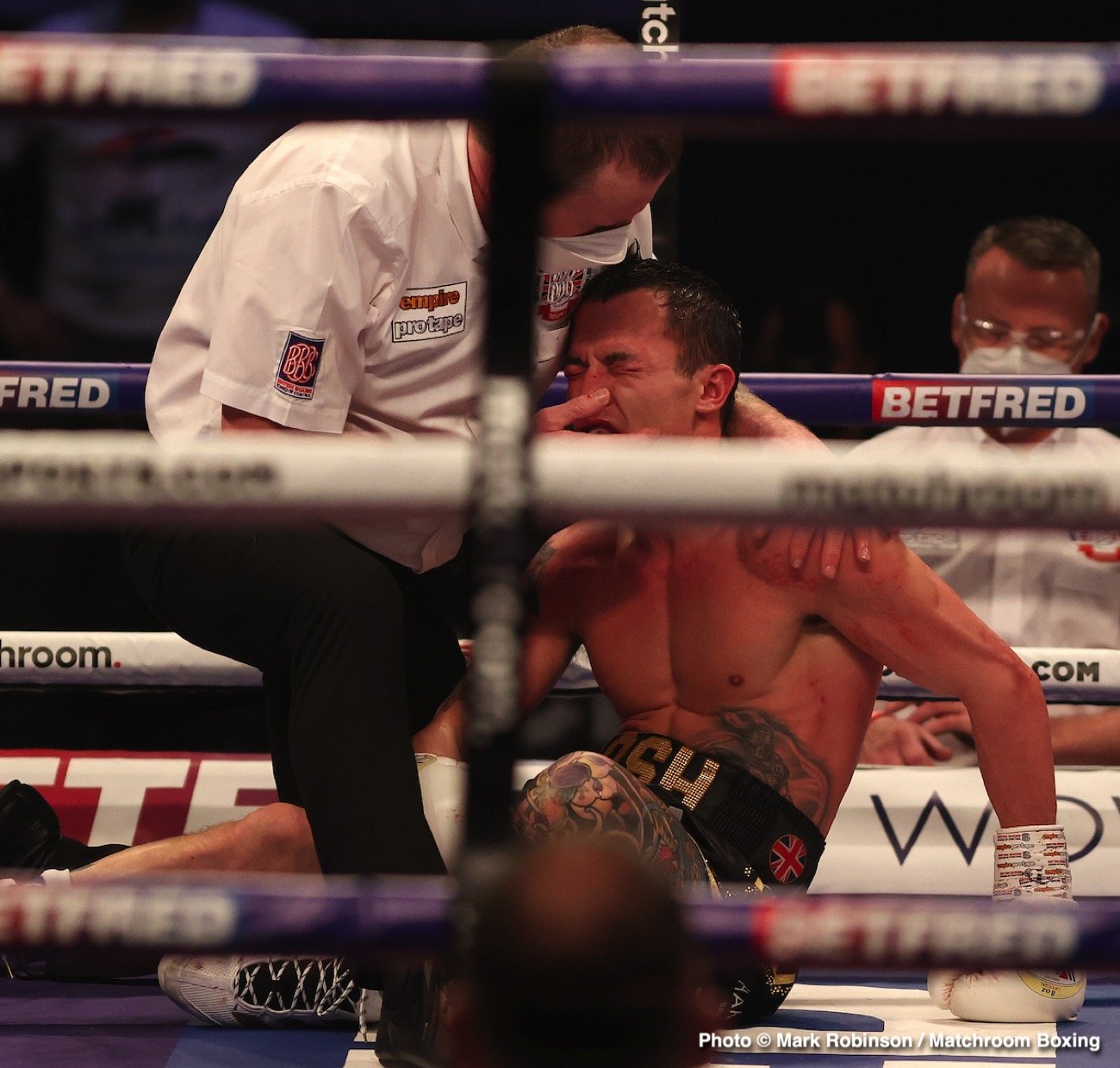 When little-known Mexican warrior Mauricio Lara shocked heavy favourite Josh Warrington back in February of this year it was one of the bigger upsets seen in Britain in some time. Lara gave Warrington quite a hammering, injuring his jaw, before stopping him in the ninth round. As stunned as he had been, proud fighter Warrington immediately called for a rematch. It’s taken some time, but now, according to top writer Mike Coppinger, the rematch is set for September 4th in Leeds.

Coppinger’s sources inform him female boxing superstar Katie Taylor will box on the card. This return fight really is a must-win for Warrington, as he would say himself. It’s a risky fight, and some people feel a comeback fight, a warm-up type bout, would have been a good idea for Warrington, 30-1(7). But the 30 year old had said, earlier this year, that if he couldn’t beat Lara in a rematch, he would think seriously about retiring from the sport. Now, with the September 4 return set for The Headingly Stadium, in front of his passionate (very passionate) home fans, Warrington will lay it all on the line.

It seems the fight will be an action-packed affair, whoever wins. 23 year old Lara, 22-2(15) is as determined as Warrington is, his goal to prove the first win was no fluke. How good is Lara? Might he even grow into one of the next special Mexican fighters? Warrington said he didn’t feel right going into the February fight, and maybe the lack of a live crowd did affect him. This time, with a full capacity crowd permitted, there can be no excuses.

Will it be a case of repeat or revenge on September 4th? It’s a tough fight to pick: How much did the stoppage defeat take out of Warrington? Will Lara be as hungry this time around? Is Lara’s style simply all wrong for Warrington? Does Warrington’s lack of punching power allow Lara to fight the way he wants to fight, with no fear? Will we see another KO/stoppage this time?

It promises to be a massive night in the city of Leeds on September 4.