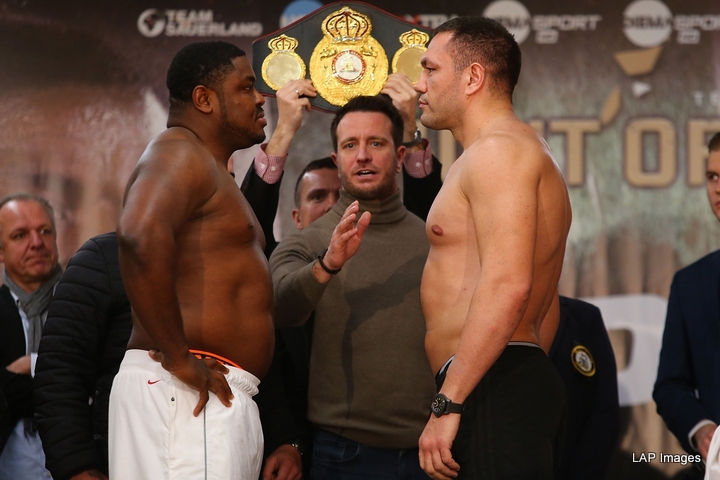 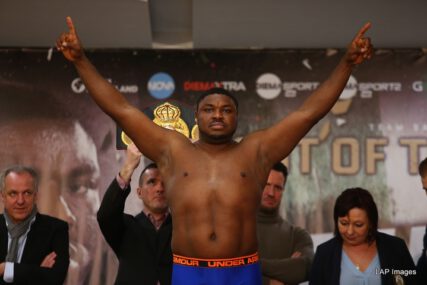 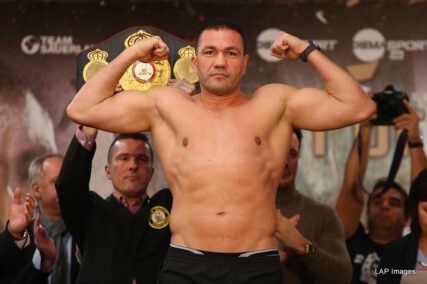 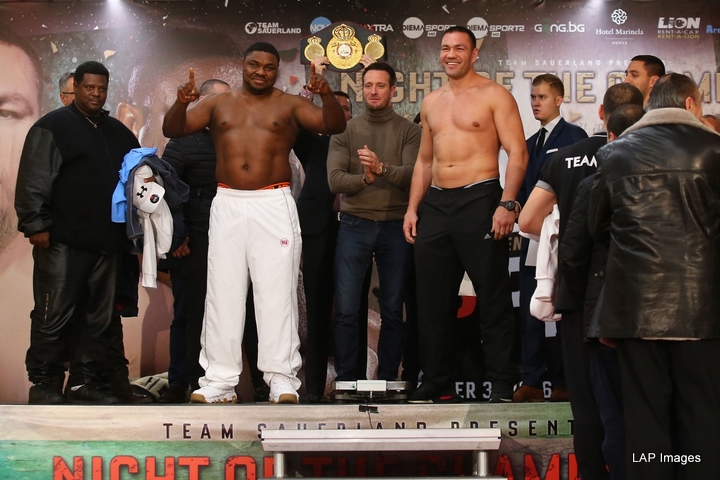 Kubrat Pulev (23-1, 12 KOs) has predicted a strong and spectacular victory for Bulgaria when he faces former World Champion Samuel Peter (36-5, 29 KOs) in his long awaited homecoming fight on December 3 in Sofia.

The current European Champion has completed his preparations in Berlin, and will fly home to Bulgaria later today ahead of his WBA Intercontinental title challenge, which will take place in front of 15,000 fans at the Arena Armeec

Pulev says he is pleased with his preparations, and is eager to inspire a new generation of Bulgarian boxers when he steps through the ropes on Saturday night. We caught up with ‘The Cobra’ following one of his final sparring sessions.

How have your preparations been for the fight with Samuel Peter?

‘’We have been working hard and I am very happy with my preparations. It is now in the final phase and we have just completed our sparring. I’ve had three sparring partners, including one from Belarus who is World Champion in chess boxing. No one has been able to beat him for seven years! I can deal with him in the ring, but I have no chance against him when it comes to chess!’’

This will be your fourth fight with coach Ulli Wegner in your corner, how has he helped you to develop?

‘’Mr Wegner has a great eye for detail and a tremendous knowledge of boxing. Together we work hard to eliminate any small errors and to improve my strengths.’’

Do you believe Ulli Wegner is the right man to lead you to World title success?

‘’Yes, I do. He has great experience and has helped turn many boxers into World Champions. Now we have gotten to know each other better it has become easier to work together, and in future our partnership will only improve.

There has been a lot of excitement since it was announced you would be fighting in Sofia, how important for you is the support of the Bulgarian people?

‘’For years, it has been my dream to fight at home in Bulgaria, and in just a few days this dream will come true. I want to make my countrymen proud, and to give all the Bulgarian people, who couldn’t afford to travel abroad to see my fights, the chance to come and watch me live in Sofia, my hometown and the capital of my lovely country.’’

Do you hope this will be the first of many fights in Bulgaria?

‘’Yes, I do hope this boxing gala is just the first of many more in Bulgaria. For me, boxing is a beautiful sport, which should be used to help educate. It’s an act of pure beauty, and I hope this beauty will win the hearts of as many children as possible, and that we can inspire them to start training, and to work hard and sacrifice so they can become the next generation of champions.’’

Finally, do you have a prediction for the fight?

‘’My only prediction is a strong and spectacular victory for Bulgaria!’’

Kubrat Pulev faces Samuel Peter for the WBA Intercontinental Heavyweight title on December 3 at the Arena Armeec in Sofia. Tickets are available via http://www.eventim.bg

Pulev, a national hero in his native Bulgaria, will be fighting at home for the first time in his seven year career when he meets Peter for the vacant WBA Intercontinental title.

Wegner, who will be in the 35 year-old’s corner for a fourth time following victories over George Arias, Maurice Harris and most recently Dereck Chisora, has shared his thoughts on the match-up including a few words of warning for the current European Champion.

Q: How have your preparations been going for this fight?

”Our preparations have been going well. I am very satisfied with Kubrat’s level of fitness and his tactical approach for this bout. He has been listening carefully to what I have to say and working hard to turn my words into action.”

Q: What do you think of his opponent Samuel Peter?

”Peter is a former World Champion and was once the most feared heavyweight on the planet. I believe he is a dangerous test for any fighter in the division.”

Q: What must Kubrat Pulev do to ensure victory on December 3?

”This will be Kubrat’s first fight at home so it’s important he keeps his cool. He must concentrate on doing his job in the ring and not allow himself to be distracted. Keeping your focus in front of a partisan crowd is not something you can take lightly. Peter is accustomed to such fights, but for Kubrat, this will be a new experience. I know he will want to impress in front of his home fans but we need to balance risk and reward. He must break Peter down step-by-step, and not rush in.”

Q: What strengths does Peter possess that Pulev must be wary of?

”Peter’s greatest strengths are his punching power and his experience. Kubrat wants to climb to where Peter has already been. I have told him to be respectful and trust in his own skill set, and while Kubrat might be the better fighter on paper, one punch can change everything in the heavyweight division.”

Q: Are you looking forward to visiting Bulgaria?

”Of course, I love Bulgaria! I cannot count how often I’ve been there in the amateur ranks. Although, one occasion sticks out the most, in 1989, I participated in my last big international tournament in Albena with three of my fighters winning gold, best fighter and the best team award. Back in the day, training amateurs for such rigorous tournaments was hard work, and to be successful was even harder, but now coming back to Bulgaria with one of their own fighters, looks to be even more challenging.”

Q: Finally, do you believe Pulev is ready for a second World title fight?

”That question, I will answer after December 3!”

Kubrat Pulev faces Samuel Peter for the WBA Intercontinental Heavyweight title on December 3 at the Arena Armeec in Sofia. Tickets are available via www.eventim.bg.

Tervel enters the paid ranks following a hugely successful amateur career, which saw him claim a bronze medal at the London 2012 Olympics and a silver medal at the 2010 European Amateur Championships in Moscow.

The 33 year-old will now be hoping to emulate this success as a professional as he joins brother Kubrat’s historic homecoming show. Tervel will be fighting at the cruiserweight limit against an opponent to be announced shortly.

”I’m looking forward to making my professional debut,’’ he says. ‘’This is going to be a very special occasion, and I’m excited to be fighting alongside my brother as part of this historic event for Bulgarian boxing. I’m training hard and I promise to give the fans a fight to remember. Kubrat and I will make Bulgaria proud with two great victories!”

Promoter Kalle Sauerland welcomed the announcement and says he believes Tervel will be great addition to the show, as he reveals the former amateur star will top a five-fight undercard in support of Kubrat Pulev’s mouth-watering clash with Peter.

‘’We’re delighted to have Tervel fighting on December 3,’’ said Sauerland. ‘’He is a great boxer, like his brother, and will be an exciting addition to the show. His fight will feature on a five-fight undercard before our show stopping main event!’’

Tickets for ‘Night Of The Champions’ featuring the WBA Intercontinental Heavyweight title fight between Kubrat Pulev and Samuel Peter are available via www.eventim.bg.