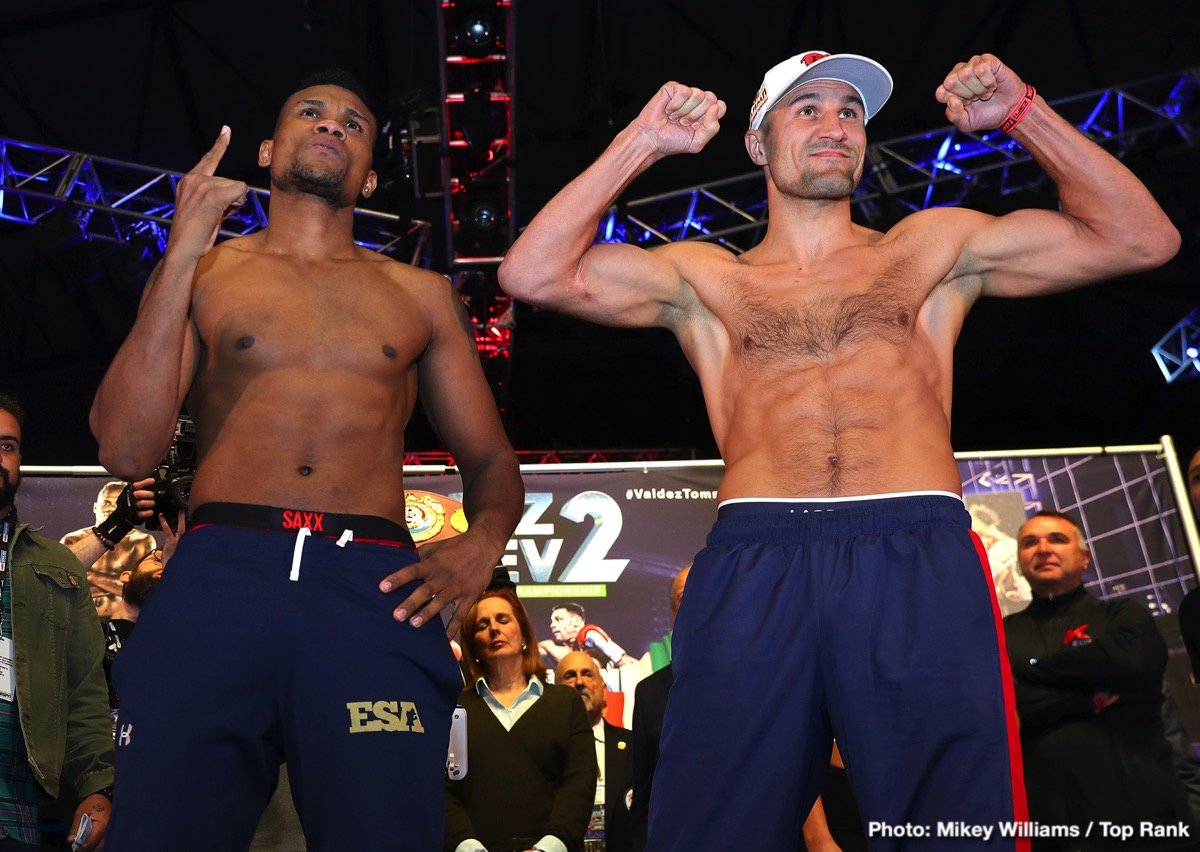 The second go-round from an entertaining bout between Eleider Alvarez and Sergey Kovalev will be broadcasted on the worldwide leader in sports ESPN’s new platform ESPN+ this Saturday night. With plenty of intrigue in the rematch both in and outside the ring it’s difficult to know how it will turn out once the smoke clears. Alvarez did well in the first 2 rounds, after that Kovalev controlled most of the action, until the 7th round when a hard right hand by Eleider changed the whole fight. Can Kovalev find a way to survive adversity in the rematch or will Alvarez build on his performance and finish off the former 175-pound champion?

The definition of once bitten, twice shy is used to mean that a person who has failed or been hurt when trying to do something is careful or fearful about doing it again. That is a fitting title and overall theme for Alvarez vs. Kovalev 2. As we ponder what will happen inside the squared circle let us discuss some possibilities from a mental standpoint. Without of even mentioning the X’s and O’s to this matchup we must take a look at what’s going on inside the head of Sergey Kovalev. The recent news pertaining to Kovalev’s legal issues and the actual alleged crime won’t be covered in this article. It should be noted the alleged victim has added a lawsuit and Kovalev has denied any wrong doing, so will let the legal process play out.

The mental distraction from the upcoming court date and lawsuit could play a part in Sergey’s demise this Saturday. The other mental hurdle the ‘Krusher’ has to clear is being knocked out last August. Sure, one could make the case for it being a lucky or perfectly planted punch that hurt Kovalev to almost no avail. Not having a tune up in between their first meeting and second, could be an issue from a personal confidence standpoint. Although it may not matter at all and quite honestly, trying to over think Kovalev’s excuse ridden explanations for why he lost is a mistake.

Two weeks ago I labeled Adrien Broner as a boy that cried wolf. This week it would be a fitting label to bestow on to Kovalev because of his lack of ownership for his losses or mistakes. Don’t get me wrong for as close as the first Kovalev/Ward fight was, the decision should’ve favored the Russian native. But he still found a way to make up a bunch of reasons or excuses why he didn’t perform well in the second half of the fight.

In fact Kovalev mentioned his previous bout with Isaac Chilemba as an example of making an error in training camp by overtraining. For some odd reason, only Sergey truly knows, he over-trained again for the most important fight of his life against Andre Ward. I will leave what happened in the rematch alone for the most part besides stating he had even more excuses post fight. Beyond the few low blows it was so easy to see he was hurt numerous times mostly to the body to the point that Kovalev turned his back at least two times. My point is if Sergey is so confident he won the first fight and was robbed by a crooked referee the second time why even mention the reasons you loss outside of the judges or ref.

Kovalev had two get-back fights before facing Eleider last August. Once again Kovalev fired up the excuse machine claiming he over-trained (again) and that’s the only reason why he faded in the 2nd part of the fight. Now Kovalev has hired another trainer and claims to have learned the hard way not to overdo it during training camp. The demeanor that drips from Kovalev during and after fights is evident he can’t place any of the blame on his broad shoulders.

Eleider Alvarez kept knocking on the door of a world title shot and last summer kicked that door all the way in. Alvarez’s was numerously passed by when it came to punching his ticket for a date with former WBC champion Adonis Stevenson. Instead of continually being disrespected Alvarez finally broke away from trying to force his mandatory status on the WBC.

Jean Pascal, Lucian Bute, and Isaac Chilemba all stood in the way of Alvarez obtaining his ultimate goal of challenging & winning a world title. Alvarez wasted no time back in August with two successful rounds in the bank versus Kovalev. His jab was sharp as he nicked the first two frames. Then Kovalev came alive especially attacking Alvarez’s midsection which led to flush shots to the head. After 6 rounds this podcaster had it 4-2 in favor of Kov but a left hand that Alvarez landed in the last 45 seconds of the sixth was eye-opening.

That left landing would lead to a great right hand around the minute mark of the 7th by Alvarez and he never looked back from that point. Uppercuts and hooks, along with a severely hurt Kovalev not holding, would be Sergey’s undoing. Can Kovalev win this fight without having to walk thru the fire? Will a confident Alvarez be more aggressive early and if so could it be his downfall? These questions and more will be answered on ESPN+ this Saturday. Look for the rounds to be even more competitive through the first 6 rounds until Alvarez hurts Kovalev in the mid-to-late rounds. As long as Alvarez doesn’t get careless especially in the beginning, he will slowly but surely wear-down Kovalev physically and mentally. That’s not to say Sergey won’t have success because he most certainly will and a lot of it. This fight will be on the table in the late rounds but it will be Alvarez scoring the knockdowns or at least bigger blows that hurt Kovalev.

My Official Prediction is Eleider Alvarez by late technical-stoppage.

Side Note: The card is split between ESPN and ESPN+ which includes the return of Oscar Valdez and Teofimo Lopez along with a title eliminator Commey vs. Chaniev.

Written by Chris Carlson Host/Producer of The Rope A Dope Radio Podcast Available at blogtalkradio.com/ ropeadoperadio  Follow on Twitter @RopeADopeRadio