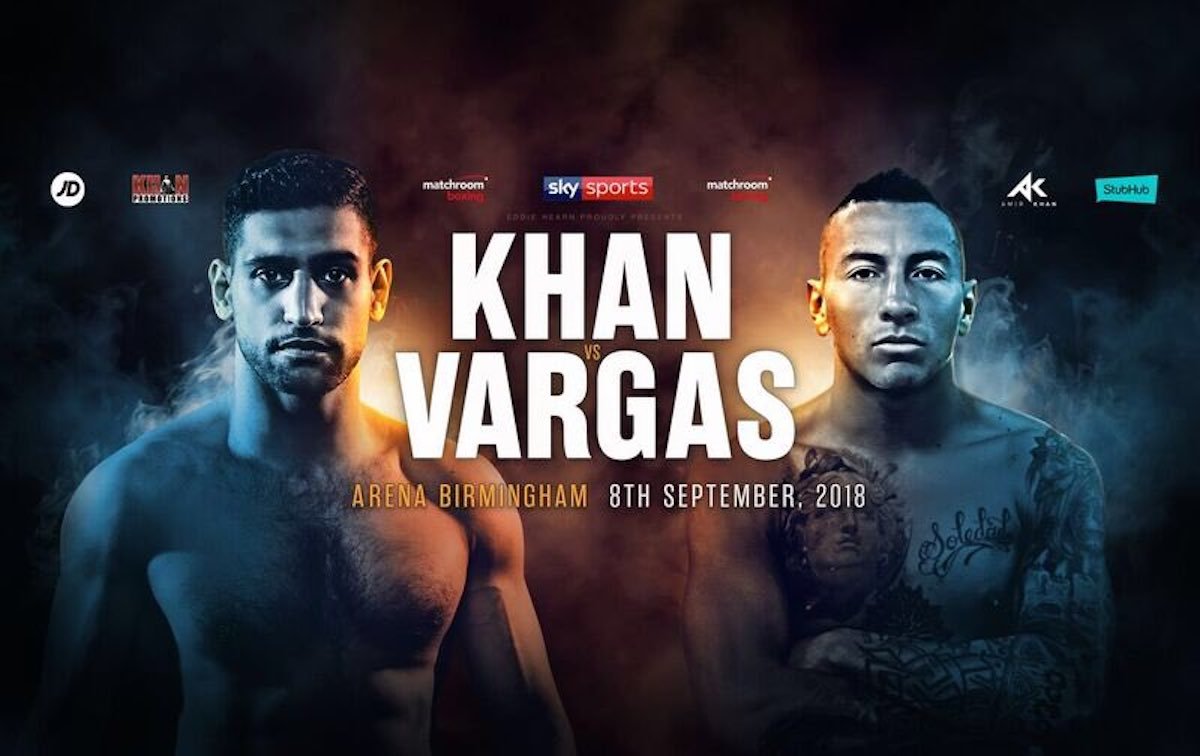 Ahead of DAZN’s US launch, the live and on-demand sports streaming platform announced it will make Amir Khan vs. Samuel Vargas available for free on Facebook and Twitter. The Matchroom Boxing fight card will air live on Saturday, Sept. 8 from Arena Birmingham in the U.K. with the main event beginning at approximately 5 p.m. ET.

The fights will appear on the @DAZNUSA Facebook page and via the @DAZN_USA Twitter handle, and fans won’t need to be signed up for DAZN to watch the fight.

“As part of our joint venture with Matchroom Boxing, we held the rights to Khan vs. Vargas but DAZN doesn’t go live in the U.S. until Sept. 10. We fully recognize Khan’s broad appeal and will work with Facebook and Twitter to give U.S. fight fans an opportunity to see his fight for free,” said Joseph Markowski, DAZN SVP, North America. “Cheers! This one is on us.”

“One of my aims this year was to be as active as possible, so I’m very happy to get back in the ring again so soon against Samuel Vargas,” said Khan when the fight was announced in June. “Vargas is a tough and well-schooled fighter who has shared the ring with some top welterweights, including Danny Garcia and Errol Spence Jr.”

The Facebook and Twitter streams will begin at approximately 3 p.m. ET, featuring the Jason Welborn vs. Tommy Langford rematch following Welborn’s snatching of the British Middleweight title from Langford via split decision in May, as well as the junior middleweight tilt Ryan Kelly vs. Kelcie Ball. 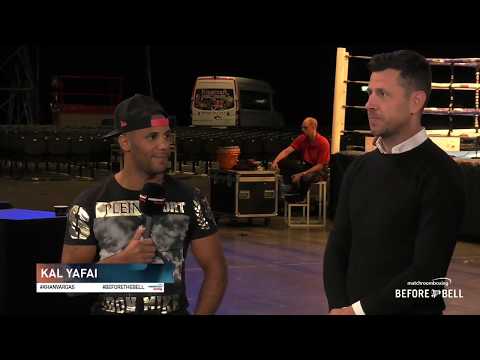 “Amir Khan is back and although there is a lot of talk about massive fights on the horizon he must come through this test against Vargas in style. With DAZN launching later this month, we wanted to give Amir the biggest audience possible so U.S. fans can see how sharp and determined he looks,” said Eddie Hearn, Matchroom President. “Enjoy this card on us and then come back to check out DAZN’s top-notch platform and live sports production starting Sept. 22, when the heavyweight champion of the world Anthony Joshua defends his belts against Alexander Povetkin.”

DAZN’s stacked fall lineup of exclusive fights features Anthony Joshua vs. Alexander Povetkin on Sept. 22, Bellator 206 on Sept. 29, Jessie Vargas vs. Thomas Dulorme on Oct. 6, Billy Joe Saunders vs. Demetrius Andrade on Oct. 20, among many others. Fans can sign up for DAZN by registering at DAZN.com or by downloading the DAZN app on a wide range of connected devices, including smart TVs, PCs, smartphones, tablets and game consoles, when the service goes live on Sept. 10. 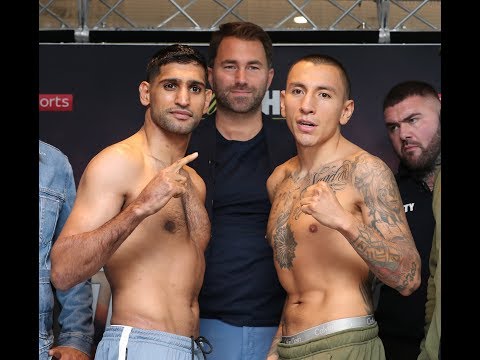 Amir Khan is promising to deliver another explosive performance when he takes on Samuel Vargas at Arena Birmingham on September 8, live on Sky Sports.

Khan is back in action following his blistering return to the ring in April in Liverpool where he destroyed Phil Lo Greco in just 39 seconds after nearly two year out of action.

Speaking from his Los Angeles training camp, the former unified Super-Lightweight ruler insisted he will need to beat Canadian based Columbian Vargas in style if he is to secure a shot at Welterweight World honours later this year. “Fans will see another explosive performance on September 8,” said Khan.

“I didn’t get a chance to show everyone what I had been working on during my time out against Lo Greco. But you saw the punch power, accuracy, speed and timing and you’ll see it again against Vargas. I always make it exciting, it’s going to be another big bang.

“Vargas is another step and move in the right direction. This will take me on to the bigger and better fights and that’s with no disrespect to Sammy. He’s going to come to win, he knows by beating me it propels him on to a whole new level. It’s one of them fights I have to be very smart in. I need to win and also look good doing so. There’s big fights in the pipeline but I can’t afford to look that far ahead, Vargas has my full attention.

“Vargas is a tough and well-schooled fighter but if he wants to fight on the inside I’ll be more than ready for it. He has shared the ring with some top Welterweights including Danny Garcia and Errol Spence Jr. We’re going to be prepared for whatever he brings. I’m a totally different fighter now to the old Amir Khan.”

Khan is approaching his second fight under vastly experienced trainer Joe Goossen and is confident that the extra time he has spent in the gym with Goossen will benefit him greatly come fight night on September 8.

“The bond is growing with Joe, we’ve had much more time to work on things in this camp. We’ve been improving what Joe sees as my strengths and also the mistakes I can make in a fight so we’re building to become the full package. Last time we just really set the game plan given the short notice we had together but for this one we’ve had the full camp behind us.

“Camp has been very hard. It’s so hot out here so making weight is not a problem. But training in this temperature is difficult. We spar 10-12 rounds with 30 second breaks with high intensity training around it so come fight night, I’ll be more than ready.” 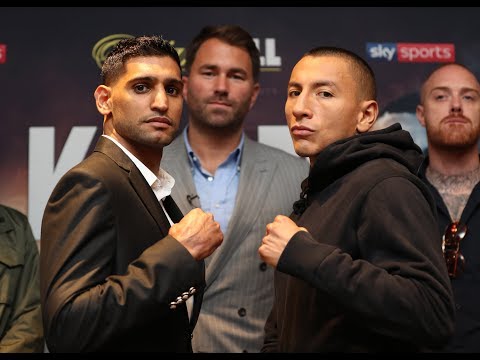 Welborn defends his British Middleweight title in a rematch with Tommy Langford, whom he snatched the title from in May via split decision in Walsall on BCB Promotions ‘Neutral Ground’ Show.

“We are delighted to have secured the rematch on such a big show,” BCB’s Head of Boxing, Errol Johnson told bcb-promotions.com. “We thank Eddie Hearn and Matchroom Boxing for adding this fight to their bill. The first fight was worthy of television, so it’s great to know that the wider boxing public will be able to witness the second instalment.”

Bill topper Khan is back in action following his blistering return to the ring in April in Liverpool, destroying Phil Lo Greco in just 39 seconds after nearly two years out of action.

“One of my aims this year was to be as active as possible so I’m very happy to get back in the ring again so soon against Samuel Vargas,” said Khan.

The undercard also sees Ryan Kelly defend the Midlands Area Super-Welterweight title he won in May via stoppage at Villa Park against unbeaten Dordon man Kelcie Ball, Stourbridge banger Sam Eggington and Super-Bantamweight star Gamal Yafai appear on the bill after boxing this coming Saturday, with more title fights and stars to be added.

Tickets go on general sale at 1pm on Friday June 29 from www.arenabham.co.uk. 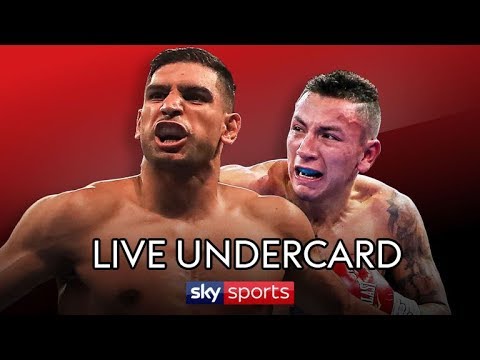