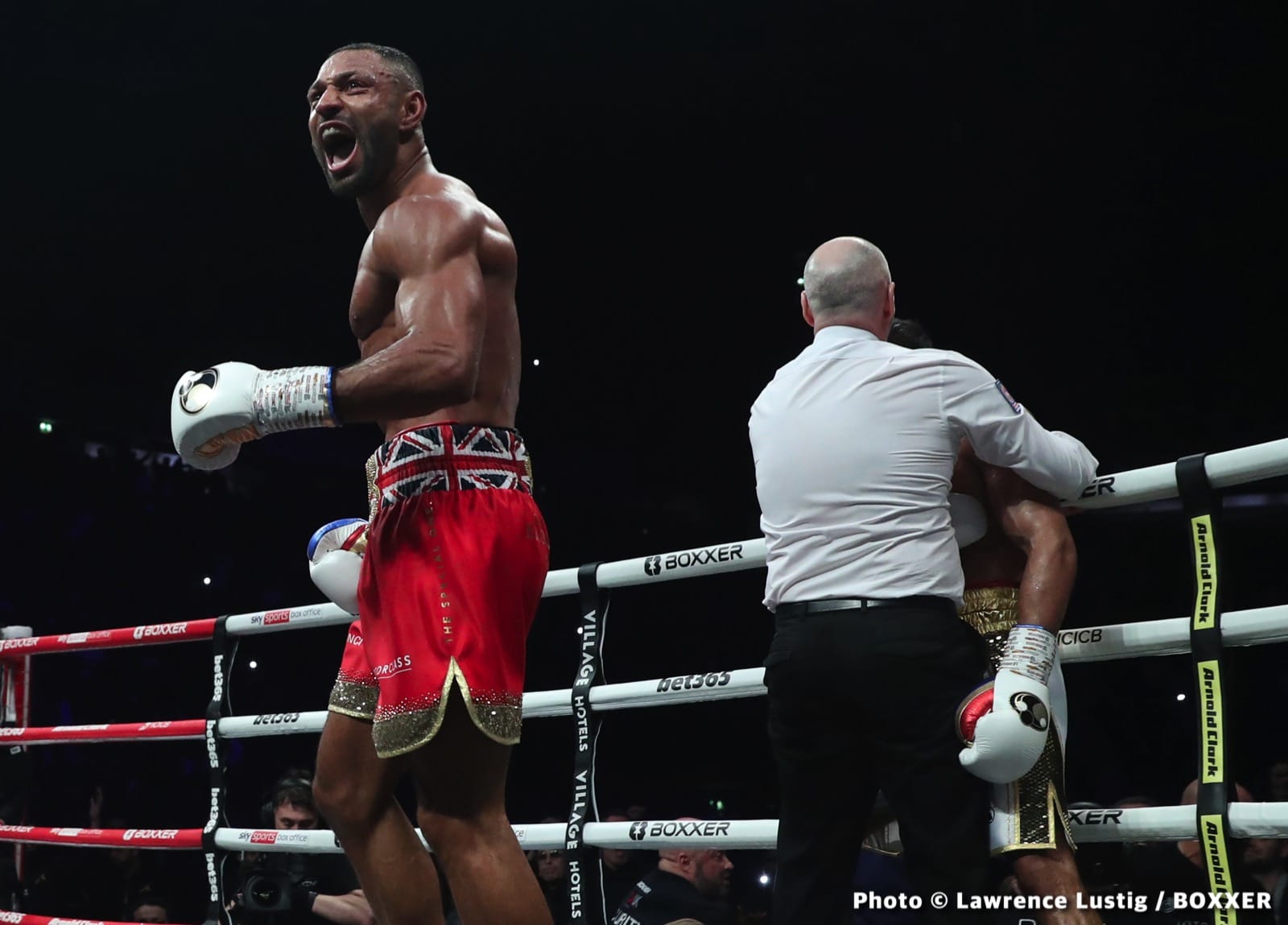 Kell Brook (40-3, 28 KOs) gleefully thrashed Amir Khan (34-6, 21 KOs), hitting him at will in their long-awaited fight until the bout was halted in the sixth round on Saturday night at the AO Arena in Manchester, England.

In the sixth round, the referee decided he’d seen enough and stepped in and stopped the slaughter. 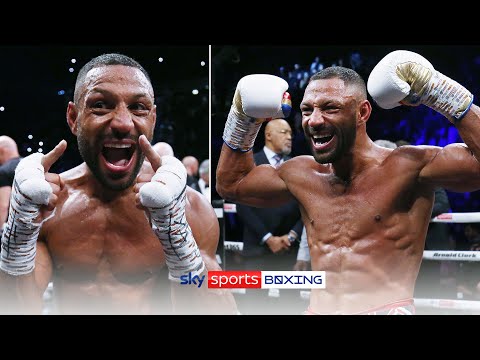 Khan had been hurt from the first round, staggering seemingly each time Brook would land one of his big shots. Although Khan used a lot of movement, he couldn’t avoid Brook’s attacks the entire time.

Undercard results at the Manchester Arena.

Fans are divided in who will emerge victorious in the Khan-Brook 149-lb catch-weight fight on ESPN+ and Sky Box Office PPV.

With a new training team in the U.S, Khan still possesses the hand speed of a fighter in their 20s, but his punch resistance might not be good enough to carry him to victory if he fails to follow the advice of his coach Brian ‘Bomac’ McIntyre.

“A lot of the fights that have been made lately have been 50-50 fights, and I’m going to sit on the fence and say it’s a 50-50 fight as well,” said Ricky Hatton to Boxing Social on the Khan vs. Brook clash tonight in Manchester.

“It can go a few ways. I think Khan will bank some early rounds with his hand speed and his movement. As long as Kell can get through those early rounds without as much facial damage, he can work Amir and might have a chance down the home stretch.

“Amir Khan, if he’s disciplined, which sometimes he doesn’t do, if he stays disciplined and uses his footwork, he could win it by a mile. And Kell, we all know his punching power, and Amir and Kell can end it at any time. Anything can happen.

“I just think if I were to put my last pounds on it, Amir will win some of the early rounds, and Kell will make him work. Amir will get drawn in like he always does.

“I’ve had labs that have sparred with Kell. They said Kell is very, very heavy-handed. Just from that personal experience, that might give me the edge to pick Kell Brook.

“If Amir goes and boxes his head off, it wouldn’t surprise me, but if you’re asking me where to put my money? I think at some point, Kell will tag Amir with one, I think. If Amir is going to win, he’s going to win it on points.

“He’s going to have to keep a disciplined performance. Jab and move and use his footwork the whole rounds and not get drawn in. But you know, maybe Amir can punch hard enough to knock Kell out because obviously, they’re both getting a little bit long in the tooth-ish.

As you can see, Hatton isn’t going out on the limb here with his prediction, but you can’t blame him. It’s a tough one to accurately predict.

Amir Khan (34-5,21 KOs) and Kell Brook (39-3, 27 KOs) finally meet tonight after years of trash-talking at the Manchester Arena in London. Both guys are 35, and it’s likely the end of the road for the loser.

The former IBF/WBA light welterweight champion Khan maintains that he’ll continue his career after tonight’s fight regardless of the results, but we’ll see if that’s the case.