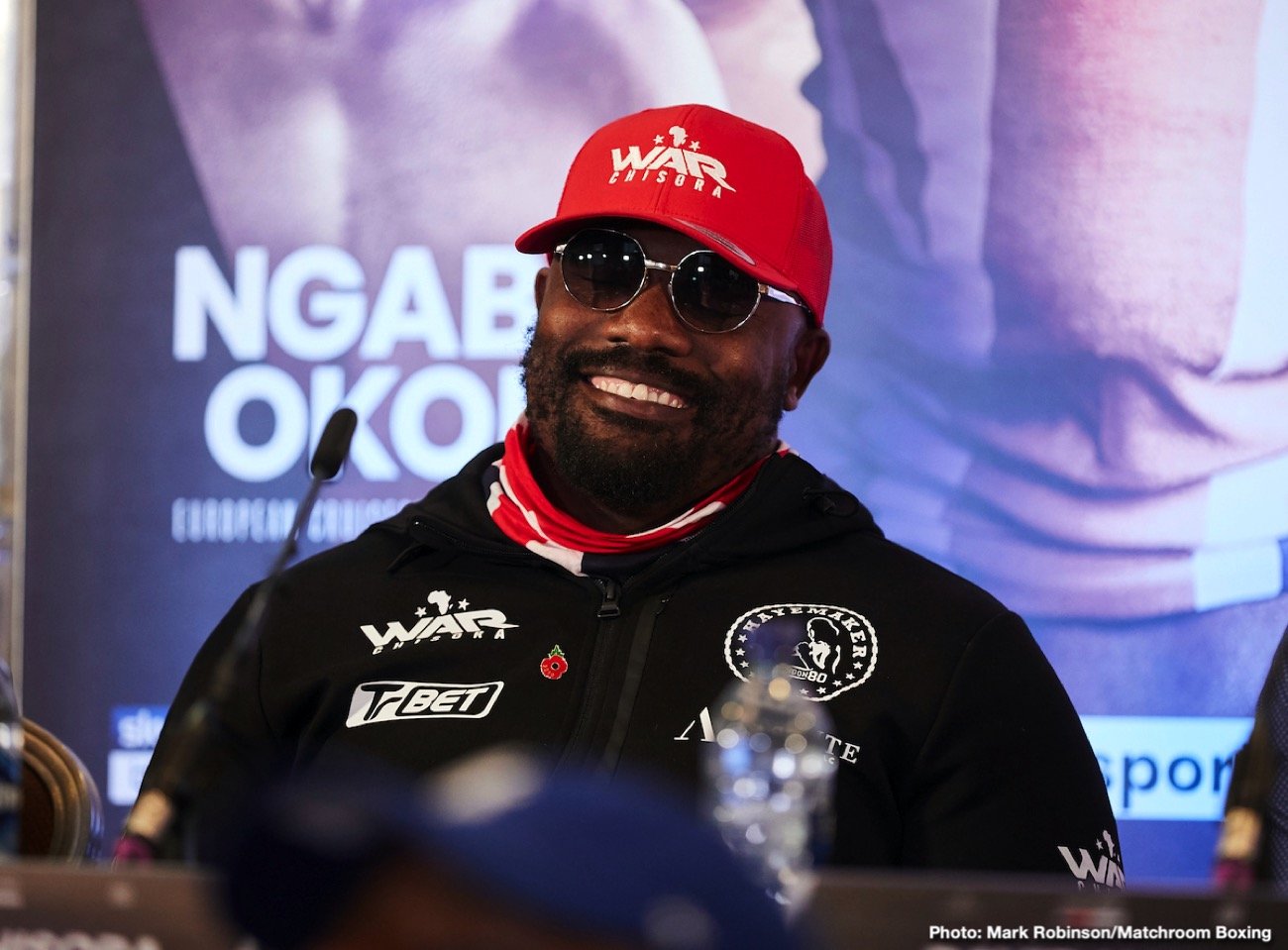 Derek Chisora says his colossal Heavyweight clash with Ukraine’s pound-for-pound star Oleksandr Usyk at The O2 in London on Saturday May 23, shown live on Sky Sports Box Office in the UK and DAZN in the US, will be the hardest fight that he’s ever had.

‘WAR’ Chisora (32-9, 23 KOs) scored a devastating second round knockout over Poland’s Artur Szpilka at The O2 in July 2019, a year on from his incredible eighth round KO win against Carlos Takam at the same venue, before blitzing fellow Brit David Price in four rounds last October.

The Finchley favourite has breathed new life into his his career over the past 18 months and is now aiming to move himself back into World Title contention by claiming what would be a sensational upset win over the unbeaten Ukrainian star.

“It’s going to be hard, I’m not going to lie to you. I think this fight will be the hardest fight I’ve ever had. Not because the guy hasn’t got power, but because of the accuracy of his punches and the way he chucks them. When he chucks them he’s unbelievable.

“I’m going to have to eat leather, I’m not going to lie to you. I’m going to eat leather. I’m probably going to take five before I get one in there, but it is what it is. I eat that sh*t for breakfast. The hunger remains and the dedication is the same.”

2012 Olympic Gold medallist Usyk (17-0, 13 KOs) cemented his place as one of the finest fighters on the planet with a phenomenal run of victories in his opponents’ backyard that saw him crowned the Undisputed Cruiserweight Champion of the World, and Chisora confesses to being an admirer of his next opponent.

“We can’t sell this fight by insulting the guy. It’s a fight for boxing fans. If I say ‘f*ck you’ to him he’s going to think I said, ‘good morning’. He doesn’t understand any English. He’s a good guy. There’s nothing wrong about this guy.

“He’s a funny guy, he loves life, he likes everything. He’s a boy’s boy – he’s cool. I can’t really say anything bad about this man. He’s done so much in four years. He’s done great for himself. He’s amazing, I’m a big fan of his.”

Presale tickets will be available to purchase for O2 Priority Members from midday on Thursday March 12 via The O2 (www.theo2.co.uk)