Keith ‘One Time’ Thurman says there’s no way of knowing how Errol Spence Jr will be able to handle being inside the ring with a crafty fighter like himself and Terence Crawford.

“We’ve always admired Spence and the way he’s dominated in the welterweight division,” said Keith Thurman to the Last Stand podcast. “We can’t say a lot of things without playing the measurement game.

“The measurement game is taking one performance for another performance. You look at how Crawford tactically beat Shawn Porter. Then you look at how Spence stood there and took everything and seemed to struggle a little bit.

“He was definitely very strong in the second half of the fight like the second leg of a race. He’s very strong. He struggled in the Brook fight as well, but he finished tremendously.

“But Crawford is also known as being a good finisher. I think it takes a very special fighter to challenge both of these fighters to begin with, but with Spence, because he’s a true welterweight, he’s always been a welterweight.

“We know Bud moved up to this division, and he’s struggled to get these big names. He finally got Shawn Porter under his belt. He’s trying to get the Spence fight, so he can solidify his legacy. Both fighters want to solidify their legacies regardless if I’m not in the picture.

“It’s a tremendous fight, but Spence, because he’s been a great potential matchup for me my whole career, I’ve monitored him more. What I haven’t seen Spence face is what Crawford and myself bring to the table.

“All it takes is the right punch to finish a fight, not the biggest punch. The athleticism. Seeing Crawford fight Spence. Seeing Spence fight a Crawford is Thurman is just a test that he’s truly never been up against,” said Thurman. 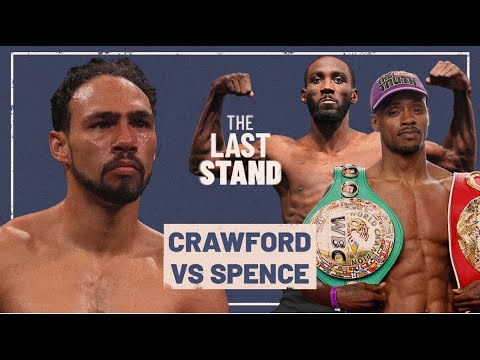