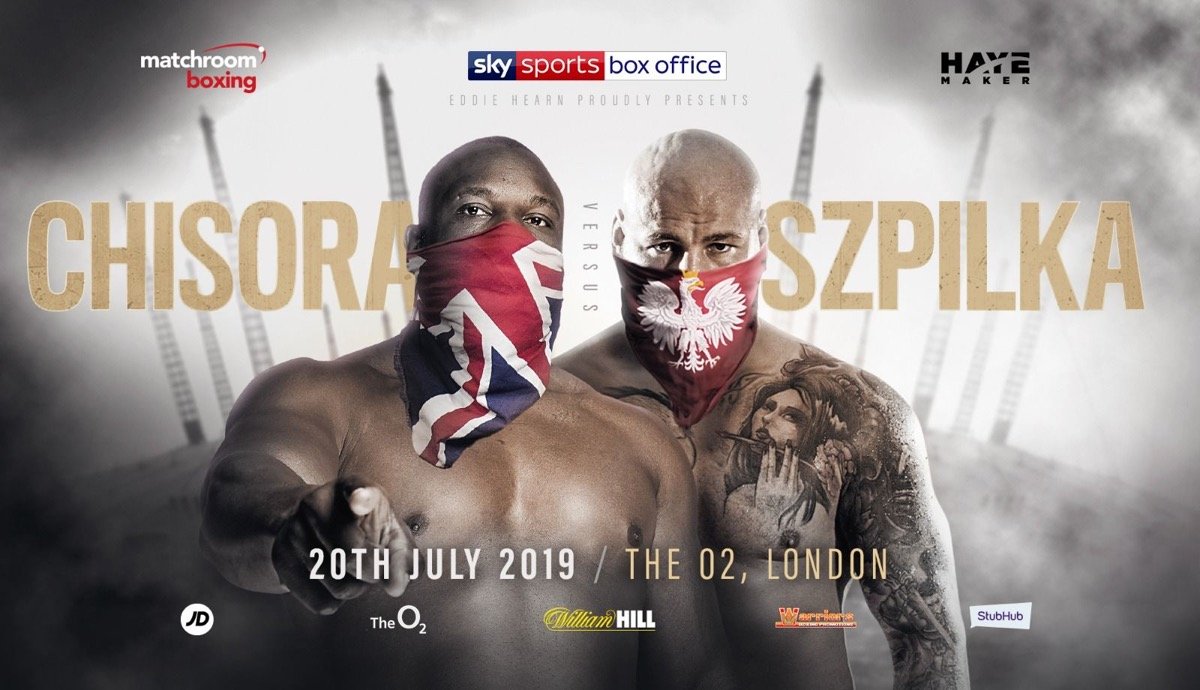 Fans of the heavyweights should be in store for quite a night of action on July 20th at The O2 in the heart of London. Promoter Eddie Hearn may have seen his heavyweight star Anthony Joshua lose his three-belts, but on the July card there will be three potentially explosive heavyweight scraps going down. The headliner is the Dillian Whyte-Oscar Rivas bout, with David Price vs. Dave Allen and Dereck Chisora vs. Artur Szpilka providing strong support.

There is a good chance all three heavyweight fights will be hot stuff, with each fight ending via the KO. Whyte puts his high ranking on the line as he waits, still, for his well deserved shot at a world title, while Rivas, coming off a pretty big stoppage win over Bryant Jennings (who goes in with unbeaten contender Joe Joyce a week before Whyte-Rivas) aims to arrive on the world title stage himself with an away win.

Price and Allen are some way below world title level perhaps, but their fight promises to be fun and eventful. Allen has vowed to end things in spectacular fashion, while Price knows he cannot afford another loss. It seems there is virtually zero chance of this fight going the distance.

Chisora vs. Spilka, made official for the card today, sees two men aiming to show how much they have left to offer. Both the British banger and the Polish warrior have suffered heavy defeats – Chisora being KO’d in quite nasty fashion by Whyte late last year, Szpilka being almost decapitated by Deontay Wilder in a WBC title challenge back in 2016 – yet they have each bounced back with a decision win; two in the case of Szpilka.

Chisora pounded out a dull win over Senad Gashi in his last fight, while “The Pin” decisioned veterans Dominick Guinn and then Mariusz Wach. The Guinn win followed southpaw Szilpa’s stoppage loss to an emerging Adam Kownacki. Still only 30 years of age, Szpilka is five years younger than Chisora and he surely has less wear and tear on his body.

This one may well come down to who has most left. Chisora, 30-9(21), when motivated, can raise his game, as he showed in the Whyte rematch. Szpilka is an aggressive guy and though his chin has been cracked quite severely during his career he is unlikely to change his style and approach in this fight.

Both men have vowed to score a KO yet despite this a distance fight here does look quite possible.

The six big men who will be fighting a little over a month from now have a combined 105 KO’s between them. It should be an explosive night.