Anthony Joshua is making the mistake of assuming that he’ll defeat his WBO mandatory Oleksandr Usyk so that he still faces Tyson Fury in 2021.

Usyk is in the perfect position to act as a spoiler to wreck Joshua’s foolish dreams of a fight at the end of the year against Fury.

AJ is banking on beating the 2012 Olympic gold medalist Usyk and Fury, defeating Deontay Wilder next month on July 24th. But, sadly, there’s a good chance one if not, both Joshua and Fury could crash and burn in their respective fights.

If Joshua is fine with having a loser’s bracket, he and Fury, both coming off defeats, meet in December, more to power to him.

This writer has serious doubts that Saudi Arabia will still be willing to put up a tremendous site fee like the one that they were prepared to put up for a fight between them on August 14th.

When is IBF/WBA/WBO heavyweight champion Joshua going to get it through his head that he’s not talented enough to look past any top-five heavyweight, let alone a crafty one like Usyk (18-0, 13 KOs).

As the Spanish philosopher George Santayana once said, “Those who cannot remember the past are condemned to repeat it.”

Joshua clearly hasn’t learned his lesson from his first fight with Andy Ruiz Jr, who he overlooked and was knocked out in the seventh round in June 2019.

“End of the year, that fight [Joshua-Fury] has to happen,” said Anthony Joshua to Sky Sports News about a fight between him and Tyson Fury. “It’ll happen after I fight Usyk. This fight is going to be bigger, better than it would have been,” said Joshua.

It would be helpful if Joshua made the same remark about wanting to fight Deontay if he comes out victorious. But, unfortunately, the way Joshua is only talking of wanting to fight Fury shows you that he’s assuming that he will beat Wilder (42-1-1, 41 KOs) on July 24th. 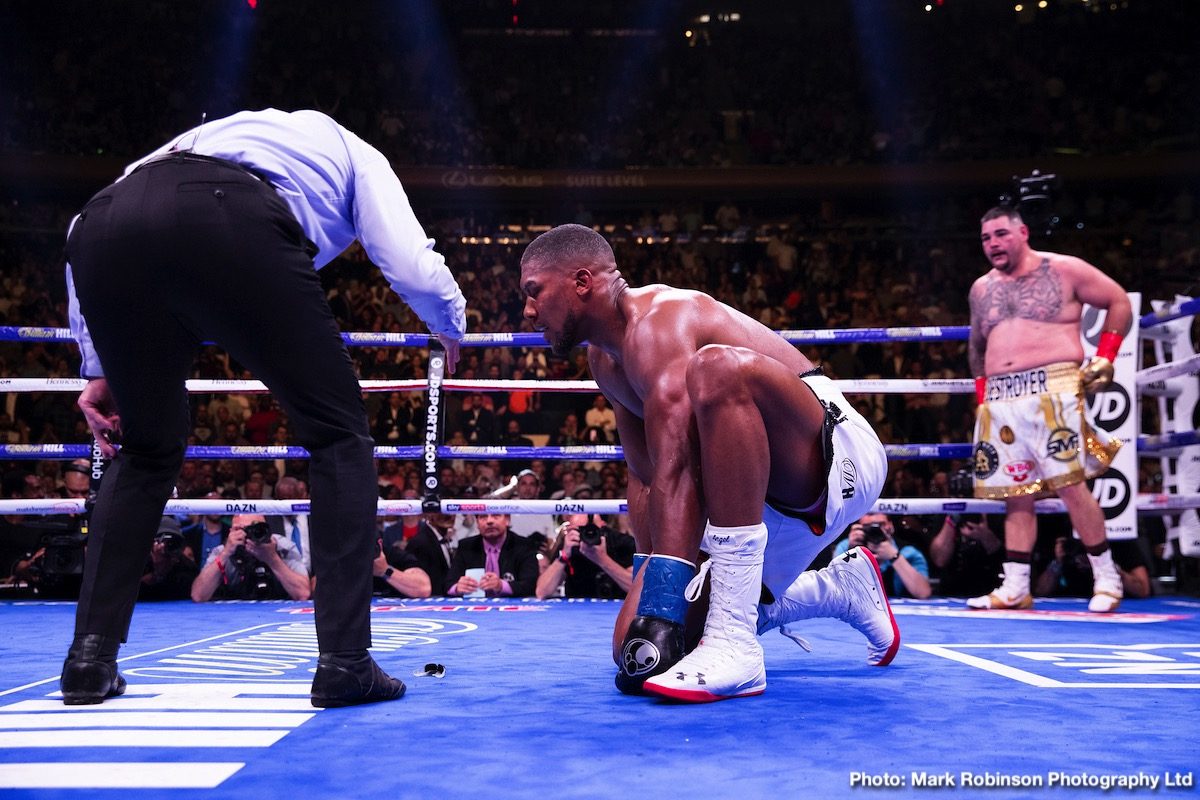 If you’ve seen how good Wilder has looked in his recent workouts, you can’t rule out a victory for him against Fury.

There’s a good chance Wilder will upset Fury, who looks flabby, weak, and not the fighter that he was a year ago when he bludgeoned the Bronze Bomber for seven rounds to get a stoppage.

Fury, 33, hasn’t fought in a year and a half and looks like he’s gotten old. But, on the other hand, maybe he’s been living it up a little bit too much during the last 1 1/2 years since his big victory over Deontay in their second fight.

What you can is Fury hasn’t kept in peak condition, and now he’s going to try and re-use the same game plan as last time to beat Deontay.

Unfortunately, the element of surprise is now gone for Fury, as Team Wilder already knows he’s going to be coming straight ahead, looking to use his size and weight advantage to win.