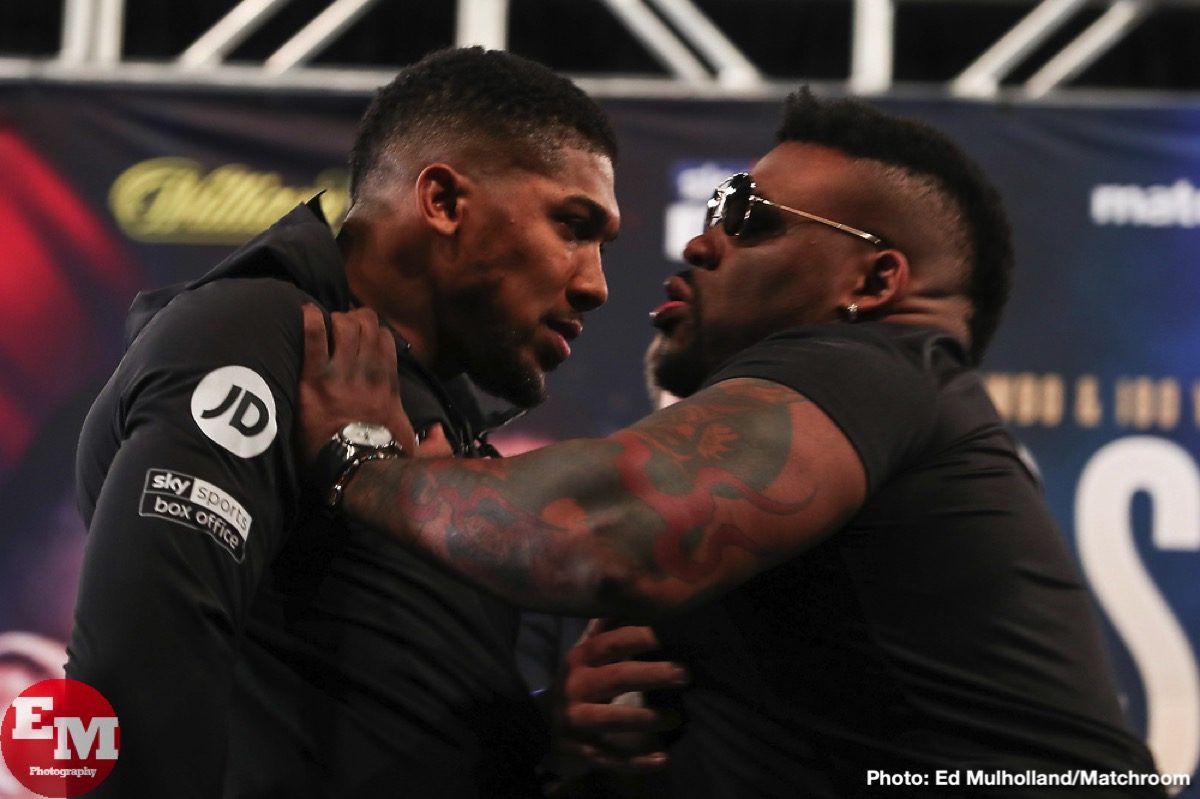 WBA/IBF/WBO heavyweight champ Anthony Joshua is, in the opinion of some people, his own promoter included, taking a “risky” fight against Jarrell Miller on June 1st. But AJ, who has in place a rematch clause yet feels he will not need it, is already eyeing up his next fight for after June 1. Speaking with radio show The Breakfast Club, Joshua said that his aim is to “break the U.S market” and that once he has done that he would like to fight Cuban dangerman Luis Ortiz.

Joshua has his doubts he will fight either Deontay Wilder or Tyson Fury next and that he “feels” a fight with southpaw Ortiz could happen instead.

“It’s a power move, as well as a passionate move for the love of the sport,” AJ said. “Tyson Fury and Deontay Wilder were talking about blacklisting me, they don’t really want me to be leading the pack in terms of negotiations, which is weird to me because there’s enough for everybody to eat. Once I get Big Baby out of the way, I can look directly at Luis Ortiz. That’s the next guy I feel [I will fight], once I’ve broken the U.S market.”

Though fans everywhere want to see Joshua get it on with both Fury and Wilder, chances are big AJ would be given, as Lennox Lewis (one of Joshua’s most vocal critics it seems) might even say, ”nuff respect’ if he chose to fight Ortiz next instead; with Wilder and Fury unavailable. Wilder was awarded huge praise for accepting the challenge of Ortiz and their fight wound up being a thrilling one.

If Joshua beats Miller (and most people say he will do so) and then fights and defeats Ortiz later on this year, fans might have a hard time criticising AJ too much. But what if Joshua lost, to either Miller or to Ortiz? Would we forever lose those massive Joshua/Fury and Joshua/Wilder fights?

AJ doesn’t have to fight Ortiz, any more than he had to fight Miller, but credit will go to the unified heavyweight champ if he sees off both men over in America this year. And Joshua/Ortiz could prove to be an epic rumble.