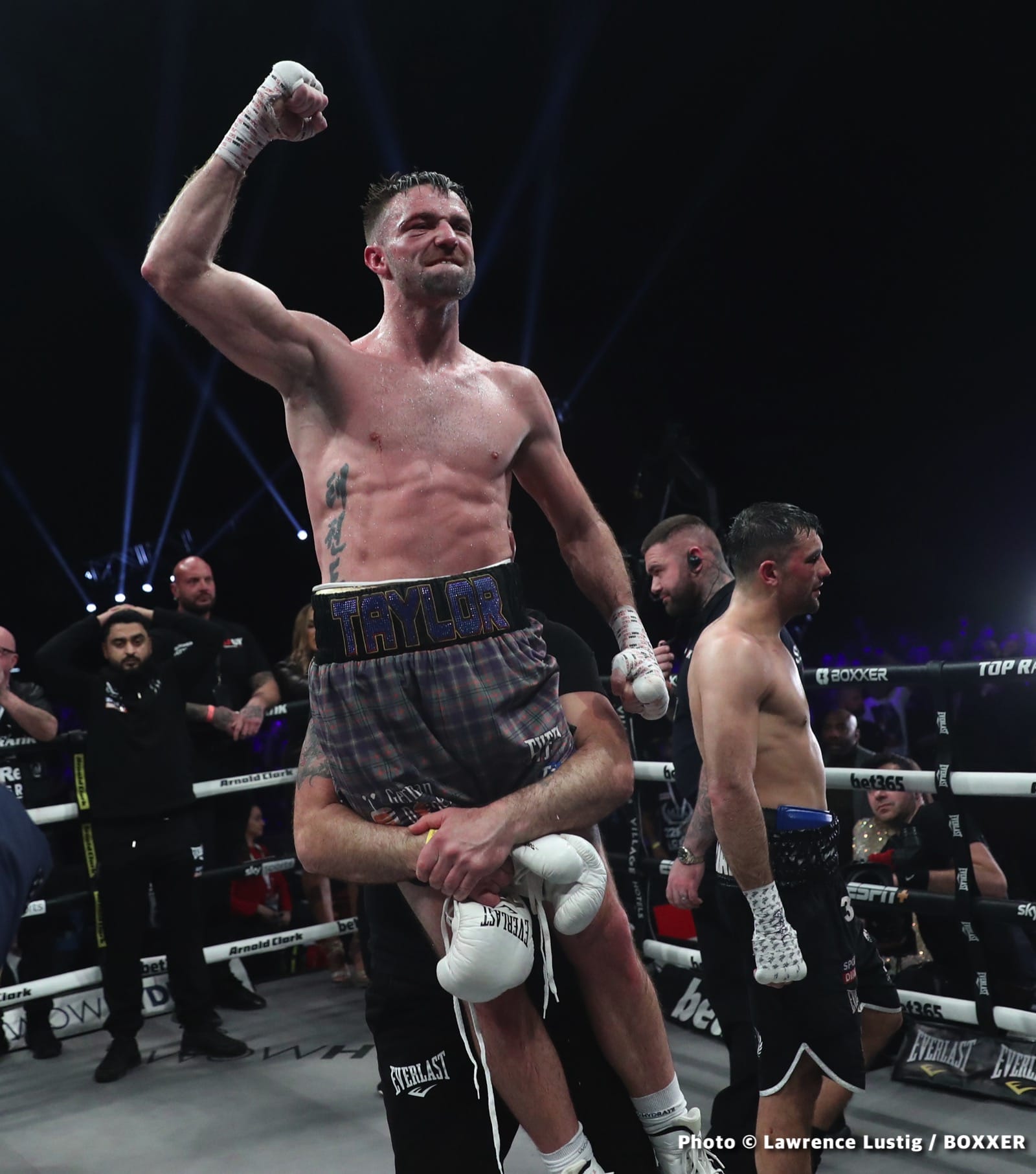 In a fight that could be dubbed “Finally,” 140 pounders Josh Taylor and Jack Catterall will fight their rematch on March 4, the venue Glasgow, the scene of the first fight, which took place in February of this year. We all saw then unified champion (to the tune of all four belts) Taylor escape with one of the most controversial decisions seen in a British ting in many a year. Plenty of people felt Catterall did enough to take Taylor’s belts, but the big underdog instead lost a split decision.

It has taken some time to get the rematch on, but at last, both fighters have signed on for the sequel that will see the unbeaten Taylor defend the one belt he has left, this the WBO light-welterweight title. Catterall, 26-1(13), is pleased the rematch is finally set, but he had to have a dig at Taylor, 19-0(13) today, this when speaking with Sky Sports News.

“Not too much turkey, fat boy. See you in the new year,” Catterall said. “For me, it’s about fighting Josh and getting the win this time, and proving to the public that it wasn’t the case [of Taylor merely having an off night] and I do belong at world level. [Not being an undisputed title fight] changes things slightly, but I’ve always set out to be world champion, and over the last couple of years, I’ve been closing in on that dream.”

So many people – fans (of both fighters), pundits, fellow fighters – felt Catterall had done it back in February, and the Chorley man was absolutely gutted at the decision loss that somehow went against him inside The Hydro in Glasgow. Taylor, who insists he did enough to win, is adamant it will be a different fight this time, in that he will win in a commanding fashion. We will see.

This clash of southpaws produced not only a controversial decision last time but also a good fight to watch. Has Catterall got Taylor’s number, and will he again give the defending champ all the trouble he can handle? Or did Taylor, tight at the weight, have a bad night? Some fans have suggested that a venue other than one in Scotland would have been fair, seeing as how the pro-Taylor crowd may well have influenced the judges last time. But Catterall again travels to Taylor’s neck of the woods, hoping that this time the three judges will give him a fair shake. Or might the judges not be needed this time? I don’t know about you, but this fight cannot come around fast enough!

Will it be repeat or revenge, or something else entirely on March 4?