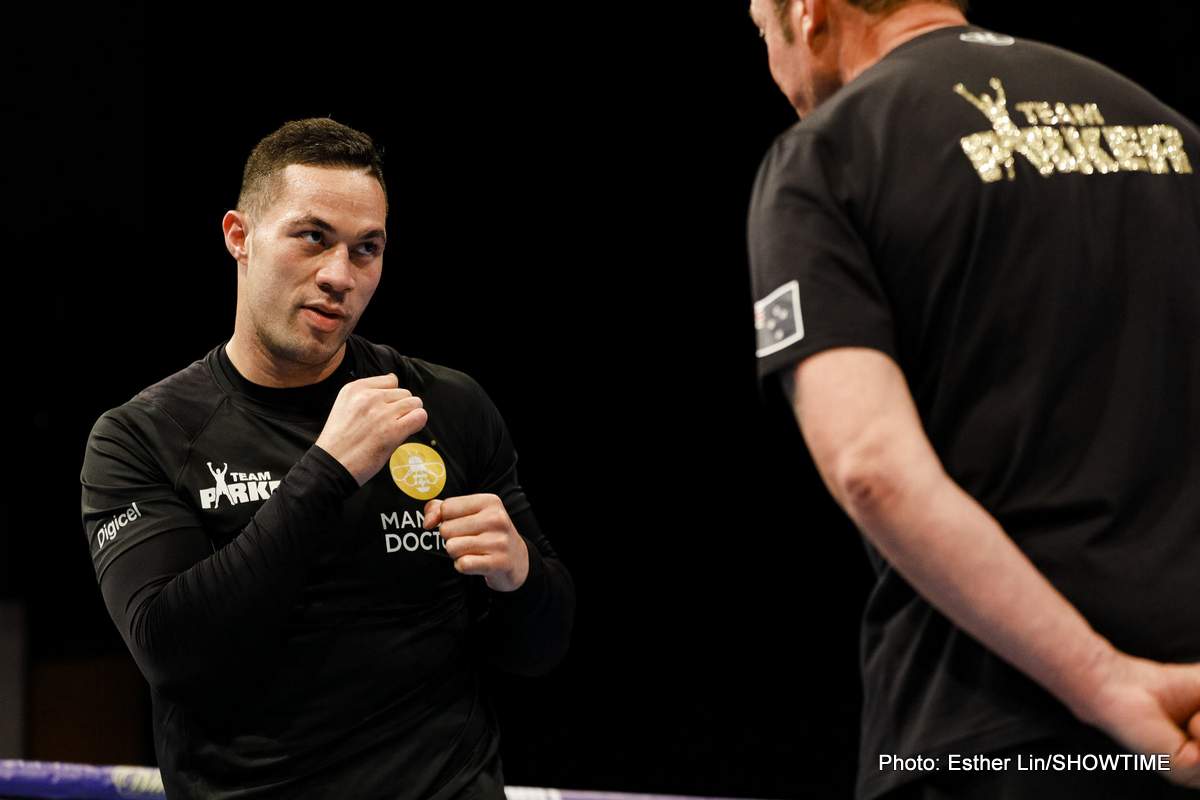 Dereck Chisora has teamed up with (yet another) new trainer, while Joseph Parker has renewed his deal with Duco Events who will continue to promote the former WBO champ. Together these two heavyweights could give us a memorable fight here in 2019. A while back, promoter Eddie Hearn expressed interest in making the fight, Chisora has said he’s up for it, and now, in speaking with The New Zealand Herald, Parker has stated that the fight is “our priority option.”

Parker, one win removed from his close and somewhat controversial decision loss to Dillian Whyte, says all the top heavyweights are pretty much tied up for the foreseeable future – all apart from Chisora. And Parker, who has boxed in the UK more than once and enjoys doing so, says if he gets nine weeks prep time he will tackle Chisora over here.

“It’s our priority option,” Parker said of a fight with the battle-hardened Londoner. “I said to David [Higgins] that I want to lock in something very soon because if I lock it in tomorrow it will give me nine weeks of training. I need a minimum of seven weeks in Las Vegas and two weeks in the UK so it’s very close to happening. He’s a dangerous fighter. It’s a risky fight. He puts on a lot of pressure and throws a lot of punches. With the last fight he had with Dillian Whyte, he was leading the fight before he got knocked out. Fury and Wilder are busy. Joshua is going to fight Big Baby Miller. David Price has got a fight. Lucas Browne has got a fight. The only other person at the top is Luis Ortiz but I think he’s going to be signed up for a fight soon. For me, looking at the top 10 or 15 in the world, Chisora is right up there, the only one that is free and the only one willing to take the fight.”

Chisora, now working with trainer Dave Coldwell, badly needs a win or his career at anything like top-level will be pretty much over. Parker can ill afford a loss himself, and as the former WBO champ says, him and Chisora is a risky fight. For both men. Who wins? Parker has to be looked at as the fresher, younger fighter, and he can be a spiteful puncher, as he showed in his last fight. But Chisora is tough as old boots. A Chisora points win cannot be ruled out.

This one might just result in something special. Then again, how many more times can Chisora go back to the well?