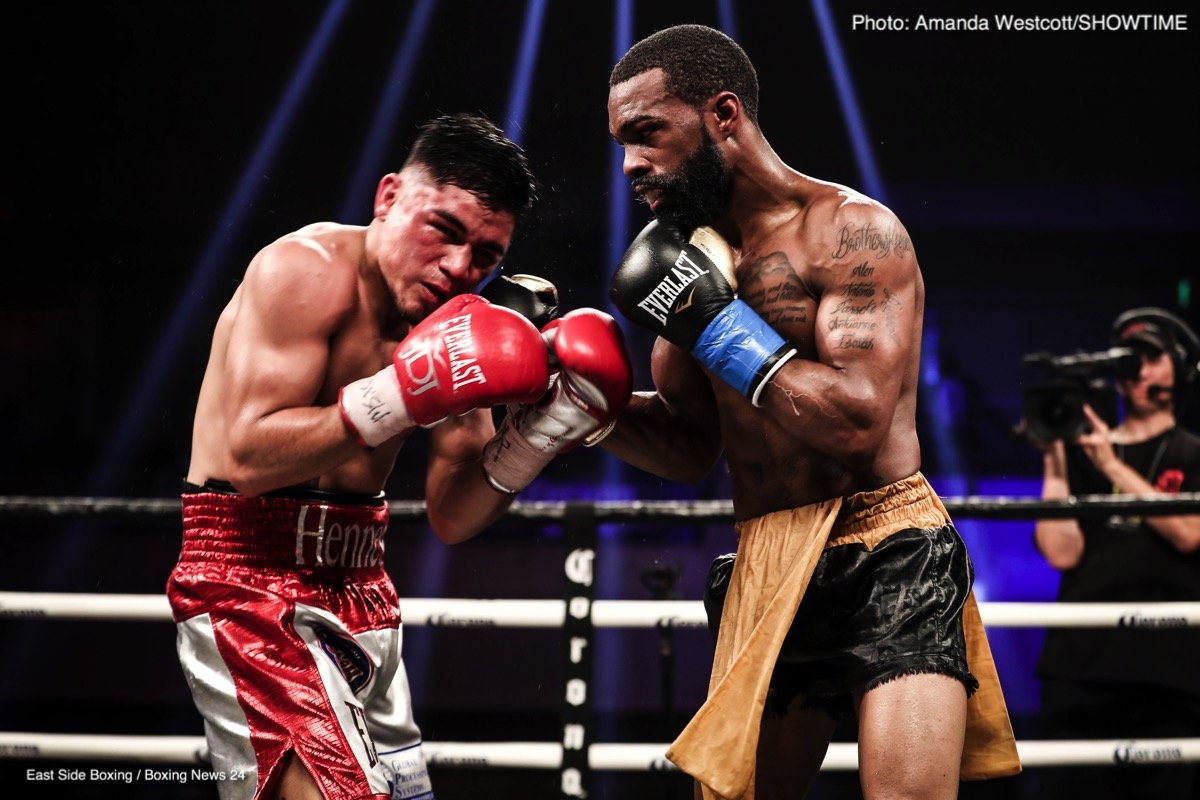 Golden Boy Promotions’ partnership with Facebook will kick off with a bang as Jesus Rojas (16-1-2, 19 KOs) defends his WBA Featherweight World Title against Joseph Diaz, Jr. (26-1, 14 KOs) in the main event of the inaugural edition of Golden Boy Fight Night at the Avalon Theater in Hollywood. The action will be streamed live on Saturday, August 11 beginning at 10:00 p.m. ET/7:00 p.m. PT. Fans can catch all the fights by clicking here.

Rojas is a 31-year-old puncher who is coming off a seventh-round knockout against former interim WBA Featherweight World Champion Claudio Marrero. During his time off, Rojas was elevated to world champion status, and he’ll be making the first defense of this title against Diaz, Jr. The native of Caguas, Puerto Rico is an experienced champion as he has taken on the likes of former world champion Jorge “El Travieso”Arce and featherweight contenders Jorge “El Pilón” Lara and Abraham “Chamaco” Lopez.

“I’m ready to come back after almost a year off,” said Jesus Rojas. “I’ll defend my title for the first time on a very important Golden Boy card which will start a new association with Facebook. Diaz Jr. is tough, intelligent and fast, but I have the power and the experience to score a spectacular win against him. We’ll see you all this August 11 in Hollywood.”

Diaz Jr. is a 25-year-old southpaw who represented the U.S. at the 2012 Olympic games in London. Immediately after, Diaz Jr. signed with Golden Boy Promotions and began a stellar career that has earned him a spot at the pinnacle of the featherweight division. Diaz Jr.’s first title opportunity was against Gary Russell Jr. in May of this year. Though he did not win, Diaz Jr.’s impressive efforts earned him an immediate title shot but this time against Rojas.

“I’ve always said that I’m going to be a world champion.,” said Joseph Diaz Jr. “I learned from my last fight, and now I know the adjustments I need to make in order to have a world title around my waist. I’m going to make a big statement in the 126-pound division. It’s also an honor to be the main event of the first-ever Golden Boy show with Facebook. It shows the faith my promoter has in me to be a leading name in the new era of boxing.”

In the co-main event, Ferdinand “Lucky Boy” Kerobyan (9-0, 5 KOs) of North Hollywood, Calif. will battle across a scheduled six-rounds of welterweight action. Aaron “Silencer” McKenna (4-0, 3 KOs) of Monaghan, Ireland will participate in a four-round welterweight fight.

Opponents for these two fighters will be announced shortly.

Rojas vs. Diaz Jr. is a 12-round fight for the WBA Featherweight World Championship presented by Golden Boy Promotions in association with Universal Promotions. The event is sponsored by Tecate,”THE OFFICIAL BEER OF BOXING,” and Hennessy, “Never Stop, Never Settle.”The fights will take place Saturday, August 11, 2018 at the Avalon Theater in Hollywood. The action will be streamed live on Facebook Watch in the U.S. and globally on the Golden Boy Fight Night Facebook Page beginning at 10:00 p.m. ET/7:00 p.m. PT. Fans can catch all the fights by following the Golden Boy Fight Night Page.

Tickets for Rojas vs. Diaz Jr. are on sale now and are priced at $40, $50, $60 and $80 not including applicable service charges and taxes. Tickets will be available for purchase at
www.goldenboytickets.com and the Golden Boy Promotions Facebook page.