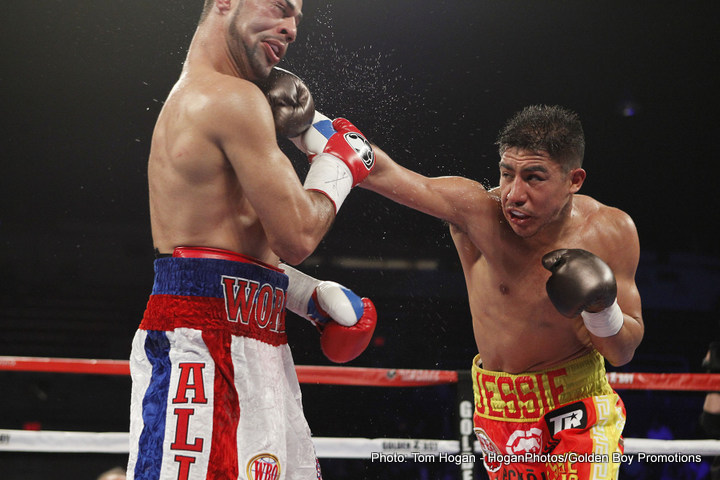 Bradley won the fight by a wide enough unanimous decision, but the controversy sparked off by the events in the final round stole the headlines. Bradley of course takes on Manny Pacquiao in a third fight on April 9th, but after that, who knows, he might hear Vargas’ call and agree to the rematch. But Vargas, now a two-weight champion, has plenty of other fights he wants to shoot for. The 26-year-old wants to unify the 147-pound titles and he told RingTV.com how he wants to fight the likes of Kell Brook, the IBF champion, and Danny Garcia, the WBC ruler.

“Danny Garcia is a fight that I’m definitely interested in; he’s one of the PBC guys that I’d ask for,” Vargas, who says he plans a July return to action, said.

It seems everyone wants to fight Garcia, what with Shawn Porter (or at least his father/trainer) calling Garcia out recently due to his fight with Keith Thurman being called off. Garcia, though, is with Al Haymon, while Vargas is with Top Rank, so that fight could be a tough one to make. But if Vargas cannot get his return with Bradley, surely Kell Brook – who has been complaining for months now that he cannot get a big and meaningful fight – would agree to a unification?

Vargas against Brook would likely result in a great fight. Brook has travelled to the US before, beating the aforementioned Porter to take the IBF belt, and he would possibly do so again. Or maybe Vargas would like to travel to the UK for the fight?

But if Bradley beats Pac-Man (not beyond his capabilities) and he then agreed to the rematch with Vargas, the newly crowned WBO champion would feature in one of the biggest fights of the year. Welterweight really is the most talent-rich weight class in the sport right now.