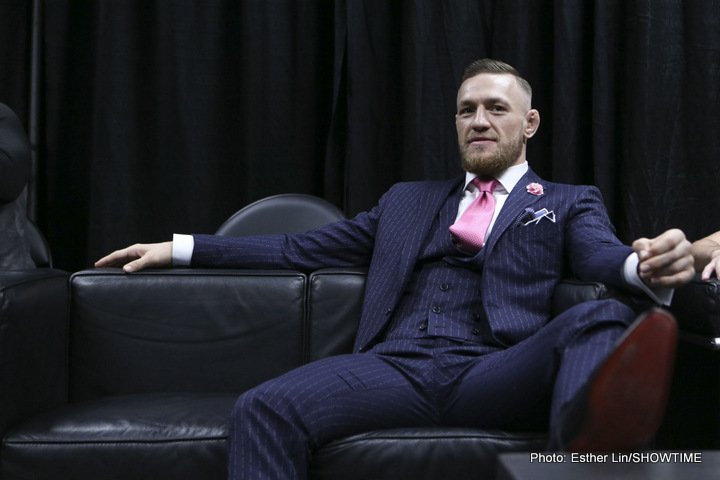 Will MMA star Conor McGregor take another shot at boxing glory? Currently, in light of how financially successful McGregor’s August fight with Floyd Mayweather was, the Irish warrior has a few boxing options open to him – including a fight with Paulie Malignaggi and a fight with reigning WBO welterweight champ Jeff Horn.

Speaking with Australian media AAP, Horn’s trainer and manager Glenn Rushton said that once Horn has come through his first title defence okay – against Britain’s once-beaten Gary Corcoran, the fight set for December 13 in Brisbane – he could face McGregor as well as taking a rematch with Manny Pacquiao, also next year.

“If the opportunity presents itself, we would certainly consider doing that fight and show the world that we can do a better job than Mayweather,” Rushton said of a potential McGregor fight. “There’s no way Jeff is going to stand there and be pummelled for the first two or three rounds [like Mayweather was] I can assure you. I [also] spoke with the WBO and they are still fairly optimistic that Manny Pacquiao would come down here next April and fight the rematch.”

Would fans be interested in seeing McGregor take another boxing match and if so, would fans give the MMA star a realistic chance of taking Horn’s belt? The Horn-Pac Man return is of far more interest to most, but we must wait and see what the superstar senator wants to do next. Some reports suggest Manny has no desire to travel to Australia to fight again, so we must wait and see.

In the meantime, though he is a considerable underdog going into the December fight, Corcoran is not being overlooked by Team-Horn. Could we see another big boxing upset in a year that has already seen its share of them? Horn himself was of course a huge betting underdog when entering his July shot at Pacquiao, and we all know what happened there. Is Horn set for a long reign or will his time at the top prove to be short-lived?