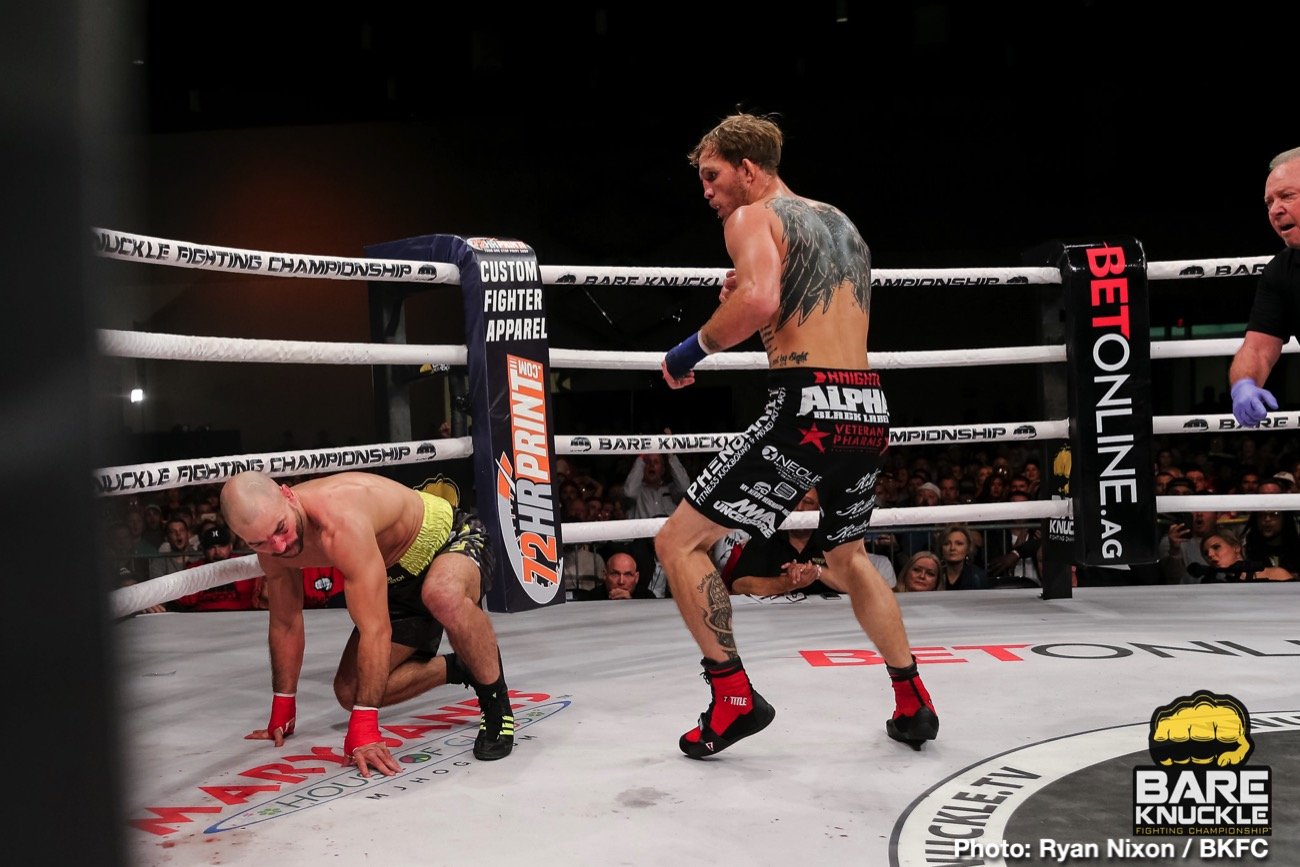 It was a case of sweet, and brutal revenge last night in Biloxi, as bare-knuckle warriors Jason Knight and Artem Lobov went to war for a second time. Back in the spring, Russian slugger Lobov pounded out a tough and bloody five-round decision victory over Mississippi’s Knight. But yesterday the tables were turned.

It was another damaging fight, yet this time a far more one-sided one. Knight, who said after the loss to Lobov that he had swayed from his game-plan, stuck to it this time, and it showed. Sending Lobov to the canvas in the second round, courtesy of a straight right to the chin, Knight took over the entire fight. Lobov, who switches stance in his fights, tried the tactic in the following rounds, to no avail. Knight, wearing a fierce grimace, would not be denied.

Lobov’s left eye was busted up, his vision compromised, and it’s debatable as to how many of the fast punches that were coming at him he actually saw. Then a crushing left hand put Lobov down, this in the fifth. Unable to carry on, (or see) Lobov was stopped at the :29 second mark of the session.

Now, with these two tough men who have so much respect for each other being all even at 1-1, there is talk of a rubber-match. Expect another X-rated affair if the trilogy comes off.

“Of course, if he wants it, I love that guy,” a victorious Knight said with regards to a third battle with Lobov. “He has a lot of respect for me, I’ve got the same respect for him. I love that man. Any time he’s not fighting me, I’m going to be rooting him on. And if he wants to get in here and do this a third time then I’m down.”

Bare-knuckle boxing has its critics to be sure, but such a genuine act of true sportsmanship can only help the image of this particular combat sport.