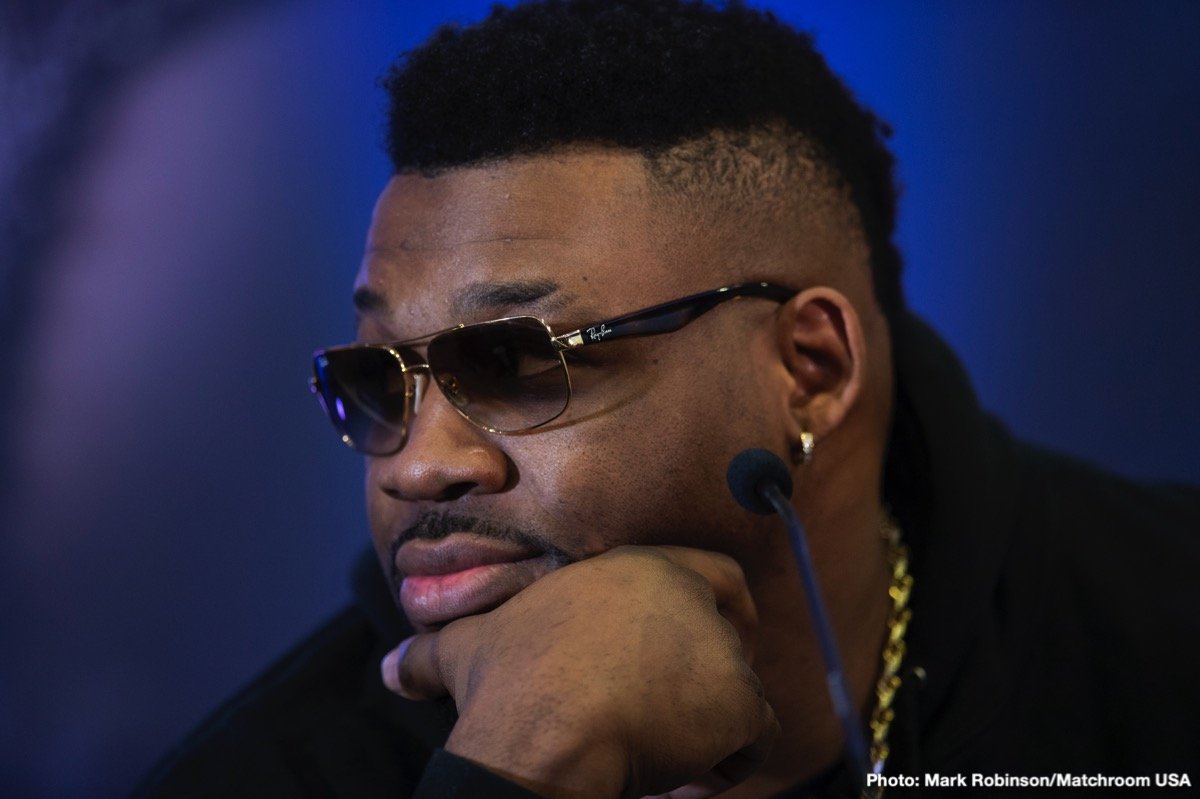 It looks as certain as can be that Jarrell Miller will not be fighting heavyweight champ Anthony Joshua on June 1 – or at any other time. News has been reported by multiple sources, including Ringtv.com, how Miller has tested positive for a SECOND banned substance, this one a HGH, or Human Growth Hormone.

This second failed VADA test will without any real doubt end any possibility of Miller challenging for a world title this year; not only that, but it has likely ended Miller’s career as a top contender (at the very least it would take quite the PR rebuild, along with an as yet almost unimaginable comeback from “Big Baby”).

Just what was Miller thinking? His career now in tatters, the unbeaten New Yorker has disgusted a vast number of people; promoter Eddie Hearn especially. Hearn has stated how Joshua’s next opponent will be officially unveiled next week – with Hearn adding the words: “if you don’t think you can defeat him clean then delete my number!”

We have now received news from VADA that Jarrell Miller has now failed a second seperate test for a further substance. AJ’s June 1 opponent will be announced next week – if you don’t think you can beat him clean then delete my number!

So we can forget all about Miller and the bad news he has singlehandedly brought the heavyweight division, and look ahead to who it might be that next steps into the ring with the ruling WBA/IBF/WBO heavyweight champ.

Luis Ortiz might well be the frontrunner (the Cuban has until next Tuesday to decide if he wants to take the fight or not), but there are a few other names in the hat. It’s been quite a disappointing week for those fans who were looking forward to seeing whether or not Miller would be able to live up to his big words, or whether he would be silenced by AJ. At least the June 1 card will go ahead still (with a big under card planned by Hearn).

As for Miller, is it too strong to say goodbye to bad rubbish? What a shame, and what a potential waste.