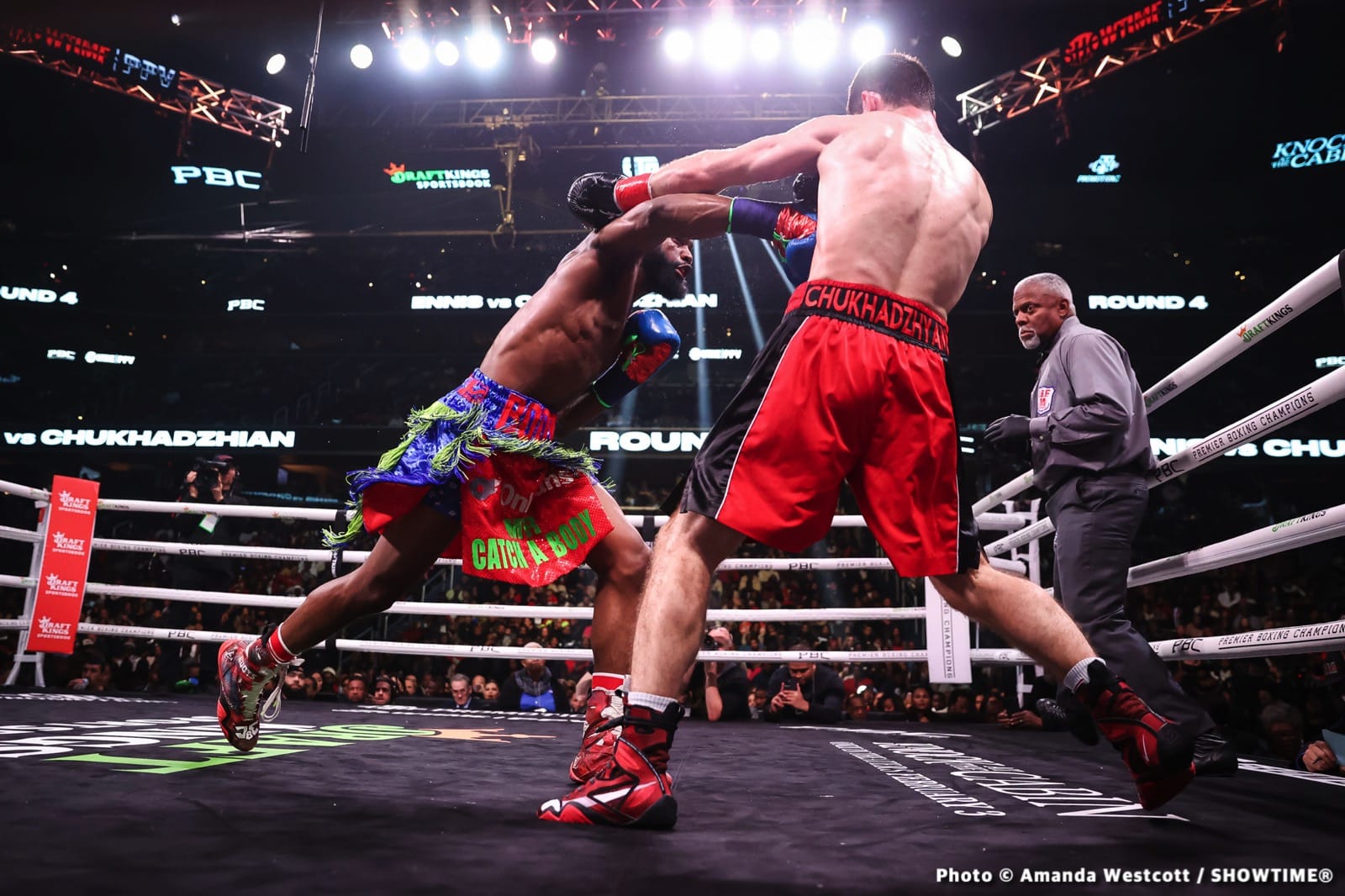 Ennis (30-0, 27 KOs) says he wants to fight three times in 2023, and he plans on returning to the ring as soon as possible to stay sharp, be it against Ortiz (19-0, 19 KOs), Errol Spence Jr, Terence Crawford, Keith Thurman or Yordenis Ugas.

Ortiz’s previously scheduled opponent, WBA secondary welterweight champion Eimantas Stanionis, had an emergency appendectomy last week, and he will be out of action until April or May.

In the meantime, Vegil Jr doesn’t have an opponent, and it would be ideal for the fans and the WBA if Boots Ennis were given the green light by the sanctioning body to fight for their secondary belt.

The WBA would give the recovering Stanionis the ‘Champion in recesses’ tag, allowing Boots Ennis and Vergil to battle for the belt.

Whether Ortiz’s promoters at Golden Boy Promotions would go along with the idea of him facing Boots Ennis is another matter because that’s not a cupcake opponent like the guys Vergil Jr has been fighting most of his 19-fight professional career.

“I’m very excited to get back.  The goal is to get three fights this year. We’d definitely take Vergil Ortiz,” said Errol Spence Jr when asked during the post-fight press conference last Saturday night who he wants to fight next.

“It could be Vergil Ortiz, Errol Spence, Bud, Keith Thurman, Ugas. I just want to fight all the top guys to show the world my real talent and not these lower-class guys. 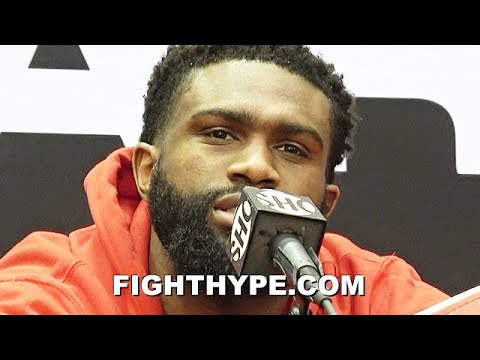 Unfortunately, the five fighters that Boots Ennis has on wish list are all unlikely to fight him because even though he looked totally lost trying to cut off the ring against the track star Karen Chukhadzhian.

“My main goal is to get the belts and fight the top guys, but if I have to fight a former world champion, so be it. I just want to stay active and keep winning,” said Boots Ennis.

Like always, Ennis will continue to have problems trying to get a name opponent to agree to face him, and it doesn’t matter how bad he looked against Chukhadzhian.