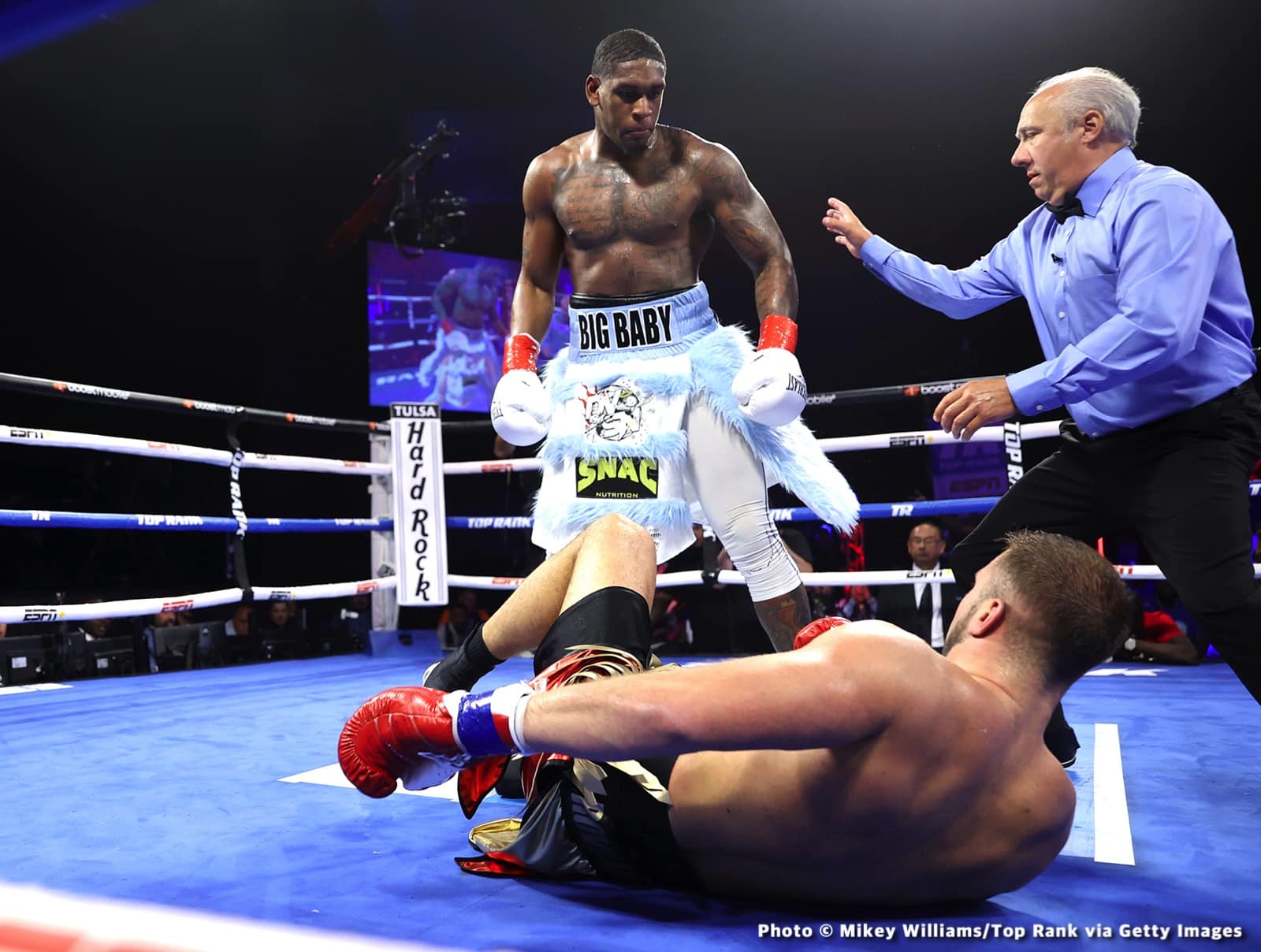 Jared Anderson, for some the best and the brightest young and unbeaten heavyweight hope out there today, will return to action on December 10, on the under card of Teofimo Lopez’ fight with Jose Pedraza at Madison Square Garden in New York. 22 year old Anderson, who is currently 12-0(12) and is coming off a pretty impressive 2nd round stoppage of Miljan Rovcanin in August, will face Jerry Forrest.

Keith Idec broke the news, while Mike Coppinger has confirmed how the two heavyweights have made a deal to rumble. This could be a good, stiff test for the still-learning Anderson, and “Big Baby,” who has yet to be extended beyond the sixth round, might be taken into the later rounds for the first time.

The 34 year old Forrest, 25-6-2(20) has faced some notables and he was looked to have been very hard done by in his fights with Zhilei Zhang and Michael Hunter, both of whom escaped with a draw when plenty of fans felt “Slugger,” as the man from Lafayette, Louisiana is known, should have been awarded wth a win in both fights. Forrest, who dropped a five-round decision against Kubrat Pulev on a Triller card back in May, has never been stopped and he has a big edge in experience over Anderson.

If Anderson can put Forrest away – this perhaps a pretty big if – the red-hot prospect/contender will make some statement. Forrest, in his other notable fights, was decisioned by Jermain Franklin (in another close/debatable one, this a split decision), by Carlos Takam and, early on in his pro career, by Hunter in their first meeting. Only Gerald Washington has ever managed to stop Forrest, this via 2nd round KO way back in August of 2013.

Again, this could prove to be Anderson’s hardest fight thus far in his promising career. The Forrest fight will be just the second bout of this year for Anderson, as he was forced to take some time off due to injury. Anderson has not in any way picked a soft touch for his second fight of 2022.