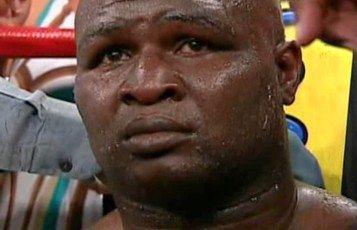 Toney, last seen losing a wide unanimous decision to unheralded journeyman Charles Ellis, appears to have next to nothing left but the ability to take a punch. In the 2013 edition of “PrizeFighter” Toney cut a sad figure. No longer in possession of anything approaching good balance, Toney, always overweight these days, regularly lost his balance and also took a number of punches before eventually losing to another tough but limited journeyman in Jason Gavern in the semi-finals. Winless since, Toney must feel a win over Bahoeli, 11-5(7) and Toney’s junior by 13 years at age 34, will mean something and revive a career that, in truth, is way past reviving.

Bahoeli has been stopped four times as a pro – most recently by Dillon Carman of Razor Ruddock KO fame – and the 6’3” Canadian has no outstanding wins to speak of. Go back even a couple of years, and you would still have picked a faded Toney to win. But today, in light of how seriously worn Toney is, it is almost impossible to predict what will happen next month. Toney is unlikely to be stopped, with the future Hall of Famer instead relying on his hard head to soak up yet more punishment that is almost certain to have ill effects on his well being in later years, but he may well drop another decision.

Toney is incapable of fighting for a full three minutes of a round these days, so tired is his body. Bahoeli may well score the biggest win of his career. But against today’s version of the once great James Toney this will be a hollow victory and nothing more.