WBO super featherweight champion Jamel Herring and mandatory challenger Shakur Stevenson agreed to a fight to avoid the WBO-ordered August 9th purse bid. The location of the fight is said to be in Atlanta, but that might change.

The fight contract still isn’t signed, but it’s believed that it will. Both fighters will get a career-high payday, according to ESPN.  It’s a good deal all around, and it should be an interesting fight.

According to Mike Coppinger of ESPN, the tentative date for the Herring vs. Stevenson fight is on October 23. However, there’s a possibility the fight could take place in November. The date still needs to be confirmed, but at least the fight is agreed on.

Stevenson, 24, will get a chance to show what he can do against an elite fighter with a lot of size in 5’10”  Herring, who is huge for a super featherweight. You don’t get too many fighters his height in the 130-lb division, and it’s going to be interesting to see how Stevenson can deal with him.

The 2016 U.S Olympic silver medalist Shakur hasn’t fought anyone near as good as Herring since he turned pro in 2017. Up to this point, Stevenson’s best opponent to date is arguably Joet Gonzalez, who is an average fighter at 126.

Stevenson will likely be the odds-on favorite to win this fight, but you never know. The way that Herring dismantled former two-division world champion Carl Frampton last April, he’s got a chance of beating Stevenson. 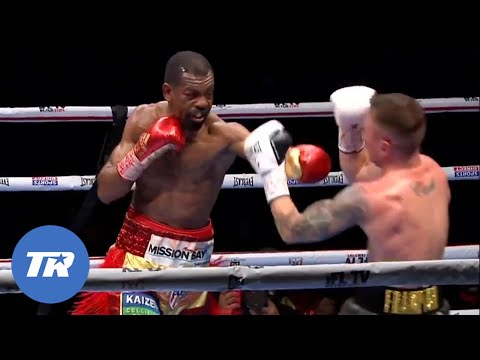 “We are in agreement with everything,” Stevenson’s manager, James Prince, said to ESPN. “It’s a done deal. We’re just waiting on the date.”

Stevenson is coming off a 12 round unanimous decision win over Jeremiah Nakathilia last June to win the interim WBO 130lb title. Shakur got the victory, but he was overly cautious in the fight after getting a small taste of the heavy-handed Nakathilia’s power early on.

After getting nailed with a big shot early that wobbled him, Stevenson played it safe the remainder of the contest, boxing and avoiding Nakathilia’s shots.

People wanted to see Stevenson put his foot on the gas to go for the knockout, but he was looking out for his own good, not taking chances of getting sparked out by a single shot from Nakathilia.

This guy had a lot of power, and you can’t blame Shakur for not taking any chances.

“I’ve been happy with what’s been put on paper. I’ve been ready to go,” Herring said to ESPN. “For me, I just want to have the set date so I can prepare a full training camp and go out there and fight my heart out. That’s all I wanna do.”

“I kind of take it as a compliment because it’s a risky fight,” Herring continued. “I know it will be his toughest fight. I said it to his face: ‘I’m going to be your biggest fight, your biggest test. I’ve been in there with better guys than he’s fought by far.”

It’s self-evident that Herring has faced better opposition in the pro ranks than Shakur. Top Rank hasn’t thrown the 2016 Olympic silver medalist Stevenson in with anyone dangerous.

It would have been fun to see Stevenson fight Emanuel Navarrete or Gary Russell Jr, but the chances of losing would have been too great for Top Rank to let those fights happen.

Herring could spoil the party if he defeats Stevenson because Top Rank sees him as a future superstar in the making. But if the gargantuan 5’10? 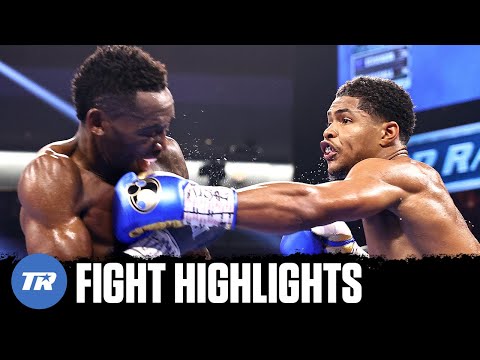 Herring defeats Stevenson; it’s going to be a major blow to Top Rank. You got to imagine that Top Rank wouldn’t be making this fight if they didn’t believe that Stevenson would win