Jake Paul (2-0, 2 KOs) will be taking his first true combat athlete this Saturday night when he battles former UFC star Ben Askren in an eight-round boxing match in the cruiserweight division on Triller pay-per-view at the Mercedes-Benz Stadium, Atlanta.

Although the 24-year-old YouTuber Jake Paul’s experience as a pro is limited to another YouTuber and a former NBA basketball player, he says he rated his boxing skills at the “elite” level.

Obviously, Jake is in the dark about how boxers are rated, as he’s clearly done nothing to earn a position of him being viewed as an elite fighter.

What you can say about Jake is he’s got a ton of natural ability, and his punching power is quite good for even the top pros.

It’s too early to know if Jake can punch at the level of one of the powerful cruiserweight like Yuniel Dorticos or Lawrence Okolie, but he can certainly punch with great authority.

“I see myself as an elite fighter now,” said Jake Paul during the final news conference for his fight against Ben Askren on Saturday. “I’m a young prospect with a lot of motivation and a lot of hunger.

“I think people see me as a s**** amateur. So there’s a sort of a big difference and a big gap in between where I’m actually at and what the general audience will think.

“But I’m excited to show my ability on Saturday against Ben, who is a world-class fighter,” said Jake Paul. 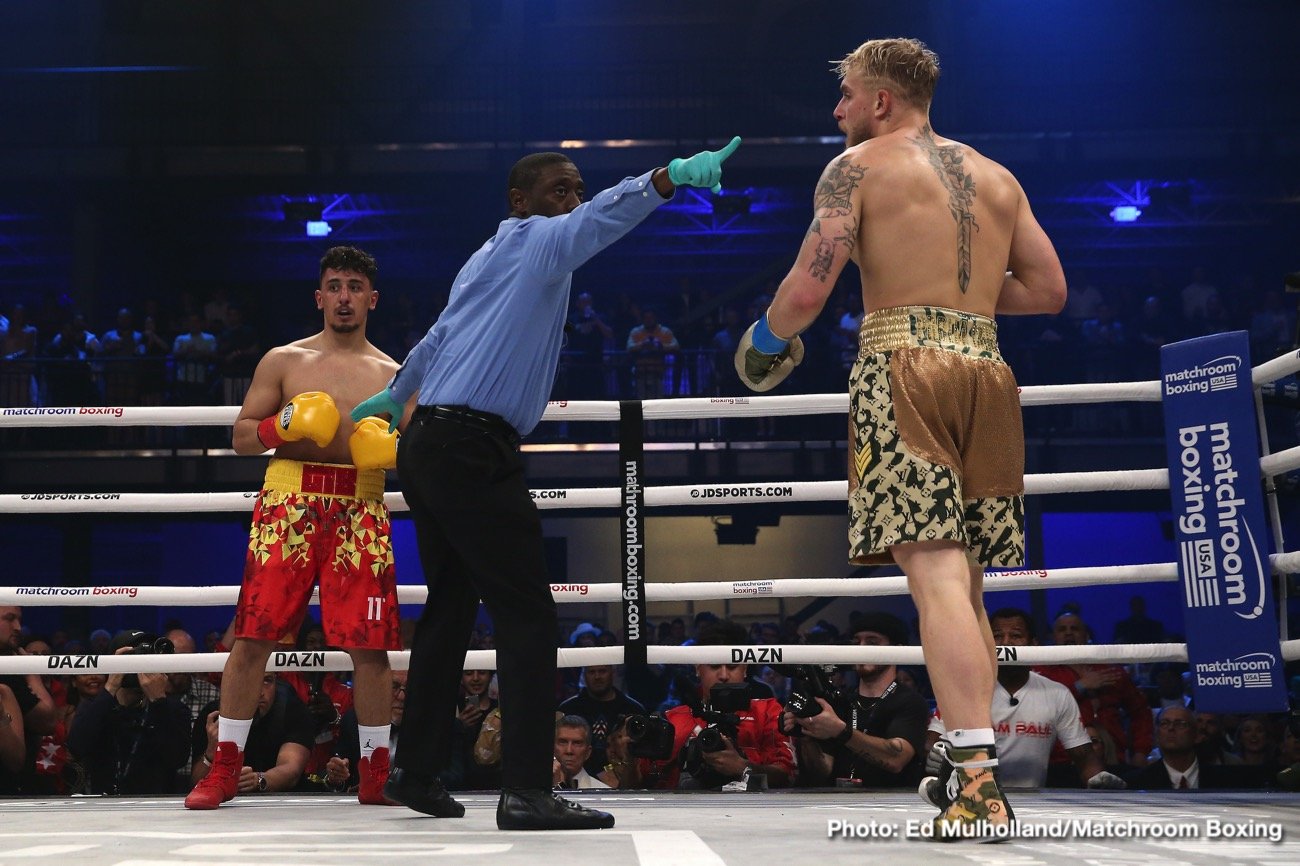 For Jake to achieve the level to where he can be called an “elite fighter,” he’s going to need to start fighting actual boxers instead of picking his opponents from the MMA, Youtube, and NBA ranks.

If Paul wins this fight in an impressive fashion against the aging 36-year-old Askren on Saturday, it would be good to see how he does against a bottom fringe level boxer.

To be considered an elite-level fighter, Jake will need to show that he can beat contenders in the cruiserweight division.

It’s one thing for Jake to refer to himself as an “elite fighter,” but it’s a different story for him to prove it.

Some good options for Jake to fight next:

For Jake Paul to be called an elite-level fighter, he’s got to be able to beat these types of fringe cruiserweight contenders. If he can’t beat them, he has no business calling himself an elite fighter.

“I’d really like Ben to win this fight and I can’t see Jake maintaining the pace Ben will be dictating,” said trainer Freddie Roach to Bonuscodebets.

Tyson Fury: "Time to take back what I never lost"

“And once Jake begins to slow down, Ben will punish him.

“What has Jake Paul learned from the level of opposition he has faced? Ben knocking Jake Paul on his a— will be a nice YouTube highlight,” said Roach.

Given that Jake’s two fights as a pro have ended quickly after a round or two, his stamina is questionable. We don’t know if Jake will be able to hold up for a full action-packed eight-round fight in which he’s being pressed by a professional fighter with Olympic experience like Askren possesses.

It doesn’t matter that Askren’s background is wrestling. For him to compete at the highest levels, shows you how gifted and intelligent he is.

“I told Ben that beating Jake Paul would be more than a victory, it would be a public service.”

“Ben has enjoyed success at an elite level against opposition that is far superior to the opponents Jake has faced.

“Ben knows this and it should give him enormous confidence going into this fight. Ben’s power and conditioning are miles ahead of Jake. Ben just needs to crowd Jake,” said Roach.