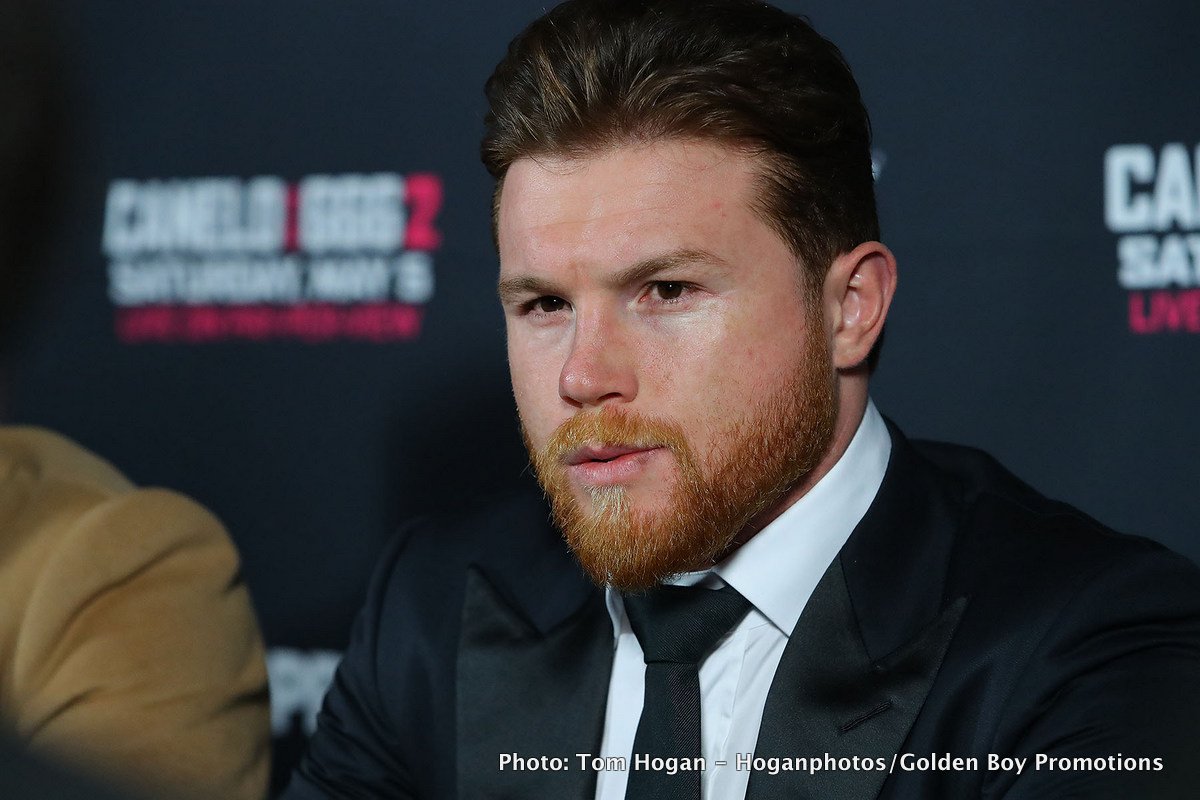 It’s official: the Gennady Golovkin-Saul Canelo Alvarez rematch that was set for May 5 in Las Vegas is off. Canelo has officially withdrawn from the fight. Fans of course saw this coming – what with the recent filing of a formal doping complaint put in by The Nevada State Athletic Commission – but there was always a chance the big fight, the big-money fight, would still go ahead as scheduled.

Not so. The Mexican superstar announced his withdrawal from the fight at a news conference that took place a little earlier today. Golden Boy’s Eric Gomez released a short statement:

“It’s unlikely this matter will be resolved by [April 18] properly and obviously we need enough time to promote a fight of this magnitude.”

The question is, what now for both middleweights?

Canelo, perhaps suffering irreparable harm to his career and his name and image, may face a long and hard re-build. GGG still aims to fight on May 5, and in Vegas, at The MGM Grand, but it’s anyone’s guess who his challenger might be. Well, it sort of is anyone’s guess, as there are a number of fighters who have put their names forward to take the fight on short-notice – including: Demetrius Andrade, Julio Cesar Chavez Jr, Gary “Spike” O’Sullivan and others – so it could be one of these guys who hits the jackpot.

Canelo, however, is still maintaining, insisting, how he is, and always has been, a clean athlete.

“I want to prove without a doubt that I have never intentionally ingested clenbuterol. I have nothing to hide and I want to be open and transparent throughout this process,” Canelo stated today.

But to many, the damage, perhaps irreparable damage, to one of the sport’s biggest stars, has been done. Golovkin still wants to fight Canelo for a second time, and maybe the rematch will go ahead later this year. We will know more after the April 18 hearing undertaken by The Nevada State Athletic Commission.

For now, fight fans will miss out on what would have been a huge night of boxing on May 5, over Cinco de Mayo weekend.