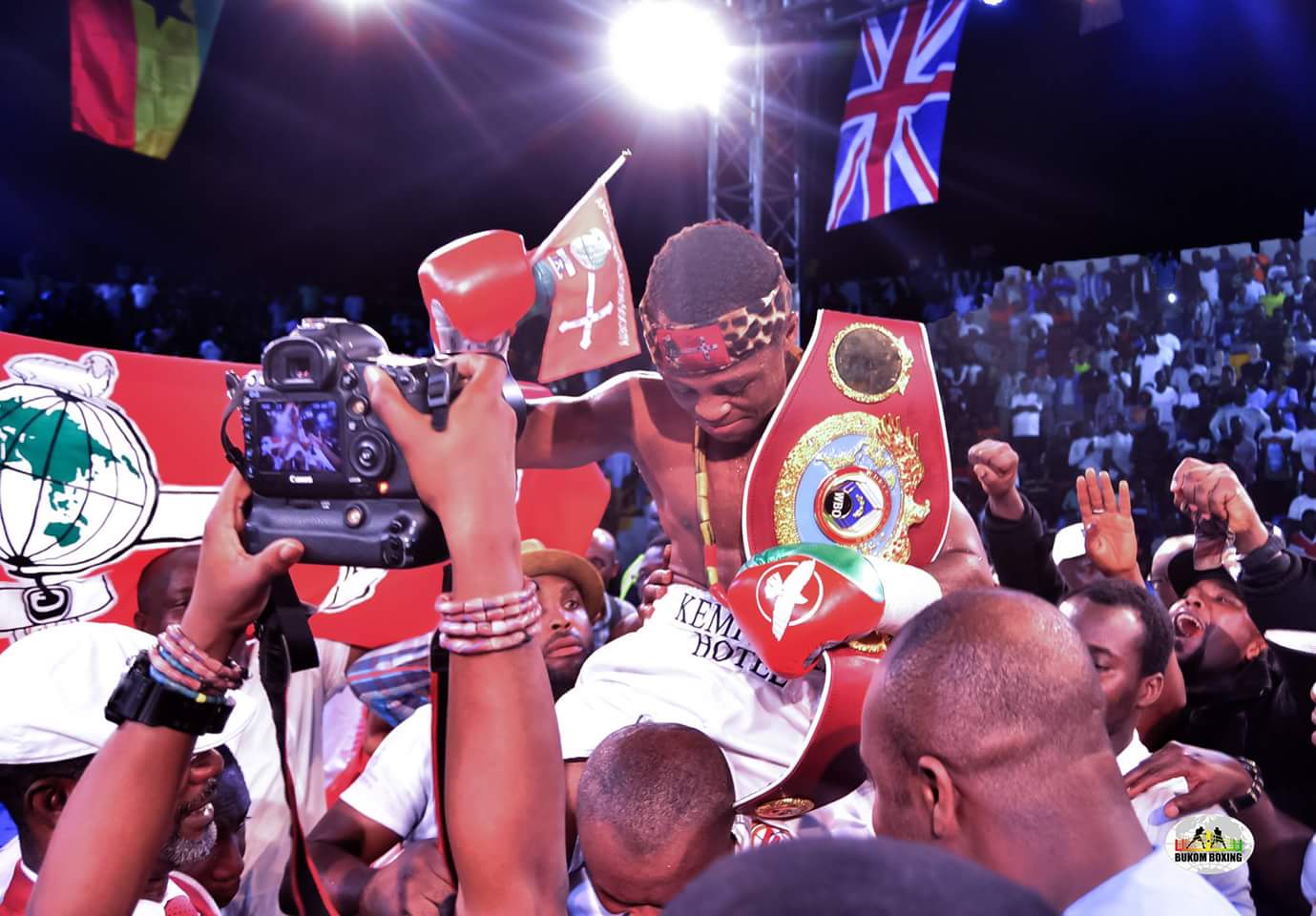 Last night in front of his adoring fans in Accra, Ghana – in the first “world” title fight of 2018 – unbeaten warrior Isaac Dogboe won a thrilling action fight with Mexico’s Cesar Juarez. Dogboe, 18-0(12) weathered a hellish early storm from the 20-6(15) Juarez to come on and get the stoppage in round-five.

Dogboe, who scored a heavy knockdown in round-two as Juarez was cracked by a left to the head, bided his time and scored another knockdown in round-five with another left. Juarez beat the count but referee Tony Weeks had seen enough and he dived in to halt proceedings. Time was 2:12 of round-five.

Dogboe, an exciting and very strong fighter, is now aiming for a fight with full WBO champ Jessie Magdaleno. That fight should prove to be a very interesting battle indeed. Last night’s fight was full of action and it got the boxing year off to a good start. However, Sean Gibbons, manager of the beaten Juarez, is far from happy.

“It’s embarrassing,” Gibbons said of Weeks’ stoppage, as quoted by ESPN.com. “Tony Weeks must never have watched a Cesar Juarez fight. Cesar got hurt like normal. He was down, he got up. He was very clear. A normal thing for a referee to do is to stop, look at the guy, ask him please, ‘Are you ok? Step to me.’ Tony Weeks jumped on Cesar Juarez like he was going to die in the ring. We’re very disappointed. This is the man that [refereed] the Corrales-Castillo fight (in 2005.) The Tony Weeks that did the fight tonight – there never would have been a Castillo-Corrales. That’s how Cesar Juarez fights.”

We will never know if Juarez would have been able to come back to win the way the incredible Corrales did in that all-time classic, but it did seem a little odd the way Weeks dived in so quickly. It’s a tough job being a ref, of course, and a fighter’s safety does come first.

Dogboe issued a warning to Magdaleno:

“Jessie Magdaleno, I’m coming for you baby! I am coming for you,” the winner said last night. “I know you’re going to run, but guess what? The lion is here, the warrior from Africa.”

Let’s see if this fight is indeed made, and next.