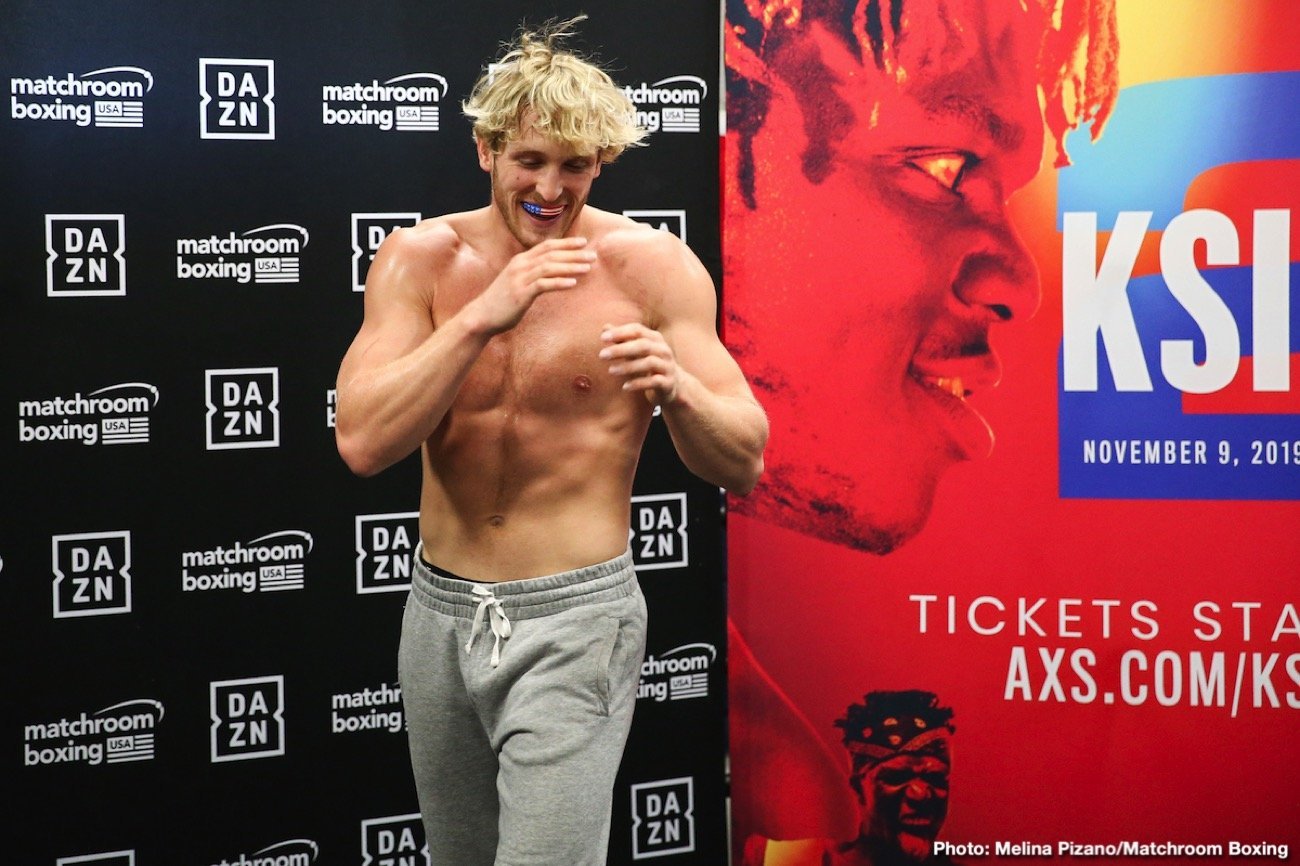 If it is is a joke, it’s a bad one. But if the “fight” actually takes place, it will be an even bigger joke; one that could have this once truly great sport reduced to laughing stock status. Fans may have read about it or heard the widespread rumours all over the place saying Floyd Mayweather has signed to box an exhibition with…. Logan Paul.

Youtuber Keemster claims the fight is on:

“No joke – Mayweather vs Paul. It’s on,” he wrote on Twitter.

Since then plenty of major news outlets have picked up on the story. So what to make of this? If the exhibition does happen there will be some huge criticism hurled, with most of it set to go Mayweather’s way – and deservedly so. Paul, a bigger guy than Floyd, would/will have absolutely zero chance of being even remotely competitive, let alone of winning the bout.

It will be a money grab from the “retired” former champ who simply loves the stuff. Then there is the question of what happens if Paul gets hurt in there? That one actually doesn’t need thinking about; it’s just too gruesome a notion.

Mayweather picked up a bundle when he bashed around a much smaller Japanese fighter some months back, now how much cash will the self-proclaimed TBE pick up for banging around a bigger guy who is a virtual and complete boxing novice?

Who on earth would/will pay for this garbage? How low can Mayweather sink is another good question to ask. Again, let’s all hope this is indeed nothing but a poor attempt at either a late or an early April Fool’s Day gag.

Plenty of people got pulled in by the Floyd Mayweather vs Conor McGregor matchup. Shame on anyone who gets suckered this time. Again, if this “fight” actually does go ahead and takes place. Heaven help us.

If @FloydMayweather fights @LoganPaul I will close my gym and never coach or manage any fighters again. 2020 is out of control. #Boxing