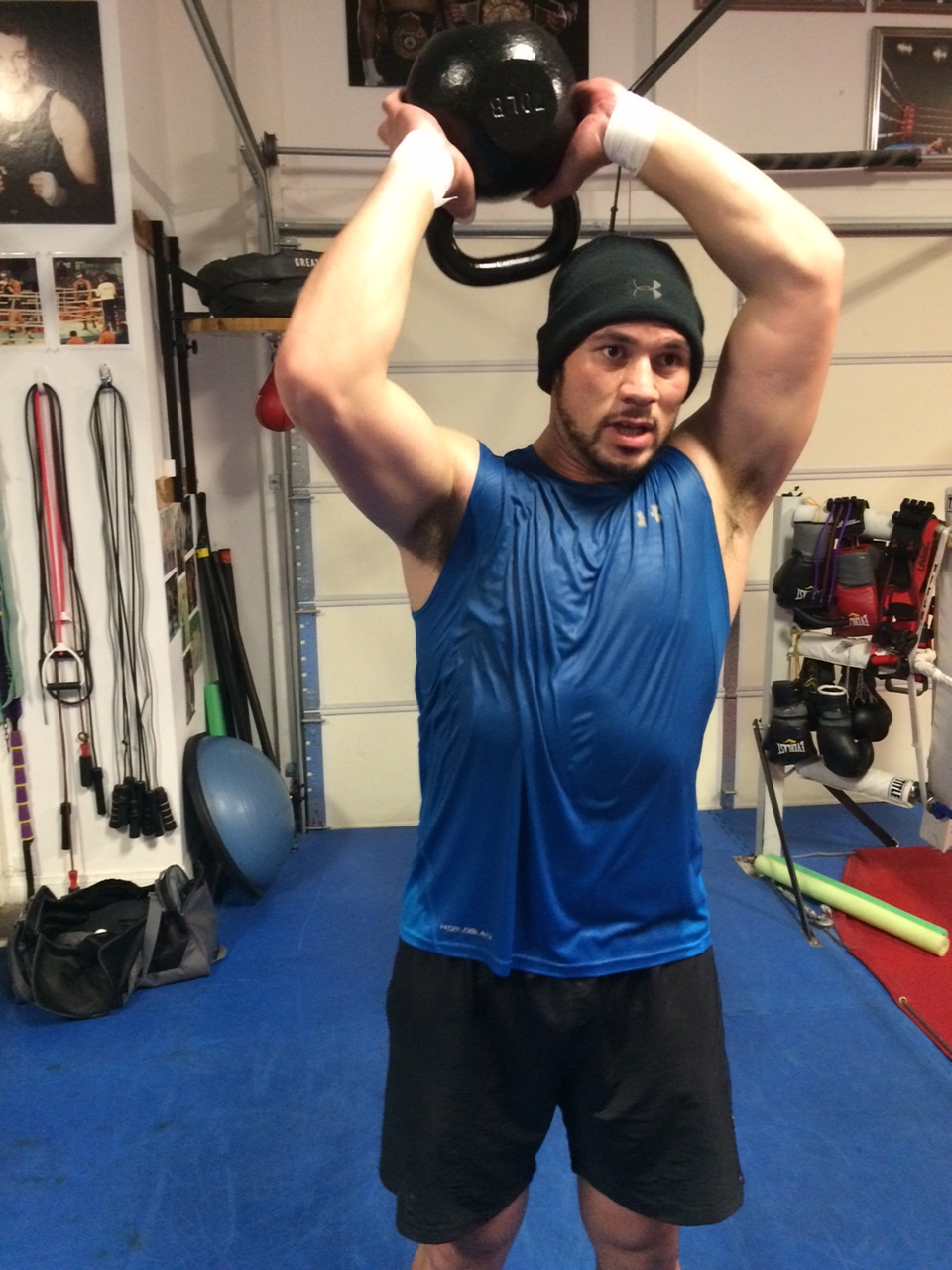 ….his relationship with trainer Kevin Barry and his upcoming sparring with Wladimir Klitschko in April

The lobby of the Pullman Hotel, Joseph Parker’s home away from home when he is in Auckland preparing for a fight, is a lot busier than usual. Cricket World Cup fever has hit the country and New Zealand’s national team are also staying at the inner city hotel as they prepare for their upcoming grudge match against fierce rivals Australia. Only the day before Joseph and Kiwi skipper Brendon McCullum have done a TV news piece, Parker and Coach Kevin Barry putting the cricketer through his paces in the boxing gym.

When we meet Joseph is downstairs hitting the mitts with Kevin, during which McCullum and several other teammates drift in to take a look at the action, emitting low whistles at the power and precision with which Joseph hits his heavily padded trainer.

Parker looks in prime shape and if there are any suspicions that he has taken the Pettaway fight easily then it certainly hasn’t transmitted into the telltale sign of a softer physique or expanding waistline. If anything with each camp he has now undertaken with Barry, Joseph continues to develop more definition and bulk as he fills out into his still growing frame. It is salient to remember that Parker is only 23, very young in heavyweight terms.

Before getting down to the business of training we sit down and catch up with Joseph to collect his thoughts on his fight with Pettaway as well as his upcoming sparring with session with Wladimir Klitschko in April.

ESB: How long have you been in camp for this fight?

JP: We’ve been in camp 7 weeks preparing for Pettaway.

ESB: As an opponent Pettaway is not really known or anywhere near as highly ranked as you. What are the dangers in taking this kind of fight?

JP: He has nothing to lose. If he beats me it will provide a big boost in his rankings. Kevin is always telling me it is this type of opponent that we must be careful not overlook.

ESB: Have you been able to look at any tape on him?

JP: Yes we’ve seen a few of his fights and put together a plan.

ESB: It would seem unlikely that he will look stand toe-to-toe with you, he will most probably give you a lot of movement, I assume you have run a lot of drills in sparring to counter this?

JP: Yeah definitely. In certain sessions we’ve had Izu (Joseph’s stable mate) moving around a lot in order for me to improve My skills and footwork in cutting off the ring and closing the distance better.

ESB: It’s now been 2 years training with Kevin (Barry.) How has the relationship changed or developed?

JP: The chemistry was always good from the beginning and has just improved. Kevin always said to me ‘give me 2 years with me and you’ll see the changes.’ Well it’s been 2 years and I’ve certainly noticed the changes. I’ve become a lot stronger and my power has really improved.

ESB: How have you coped living in Las Vegas being so far away from friends and family?

Read:  Team Magsayo says Russell Injured DURING fight, not before

JP: It was certainly difficult at the beginning but now I have a second family in Vegas with Kevin and Tania and I actually look forward to going back as it is a lot quieter which allows me to concentrate on work.

ESB: Congratulations on recently entering the WBO’s top 10. I know you also have a big assignment after the Pettaway fight which is to go to Florida to spar with the king of the division Wladimir Klitschko. How long will you be in camp with him?

ESB: You know Wlad has kind of a reputation for going pretty hard at his sparring partners, how are you approaching the sparring with him?

JP: Well of course you have to show him respect because he is the champion, but you also have to be careful not to give him too much respect or else he is going to walk straight over you. It will be interesting for us to get an indication of where we are at and to test ourselves against the very best. I’m looking forward to it.

At this point it is time for Joe and Kevin to get back to going through their drills and hitting the mitts as they put the finishing touches on a camp that they have both expressed as their best to date.

On an interesting side note what of Brendon McCullum, the Kiwi cricket captain who stood there watching in awe as the big men cracked the pads? Only hours later he marched out onto Eden Park, New Zealand’s biggest stadium, to face an array of Australian bowlers firing 100 mile per hour five ounce bullets dressed up as a cricket ball at him before promptly getting smashed just under the elbow, his forearm immediately blowing with a gargantuan haematoma. He shook it off offering the opposition only a smile reminding me of the instincts of a fighter knocked down by a punch only to quickly arise from the canvas ready to engage and showing no pain. That’s what separates top sportsmen from the rest, the ability to sustain punishment and quickly retaliate.

Parker has already encountered a few of those moments in his young career, a nasty cut from a head butt fighting King Afa Tatupu and an equilibrium altering burst eardrum against Marcelo Nascimento, where he chartered those rocky waters to score knockout victories. Although you sense looking at the way Parker has prepared for this fight he is no such mood to face a similar predicament come Thursday night.

Look for Parker to put away Pettaway, clinically and ruthlessly, as the young apprentice prepares to go and sit what I’m sure will be an interesting and taxing exam at the hands of Doctor Klitschko this coming April.