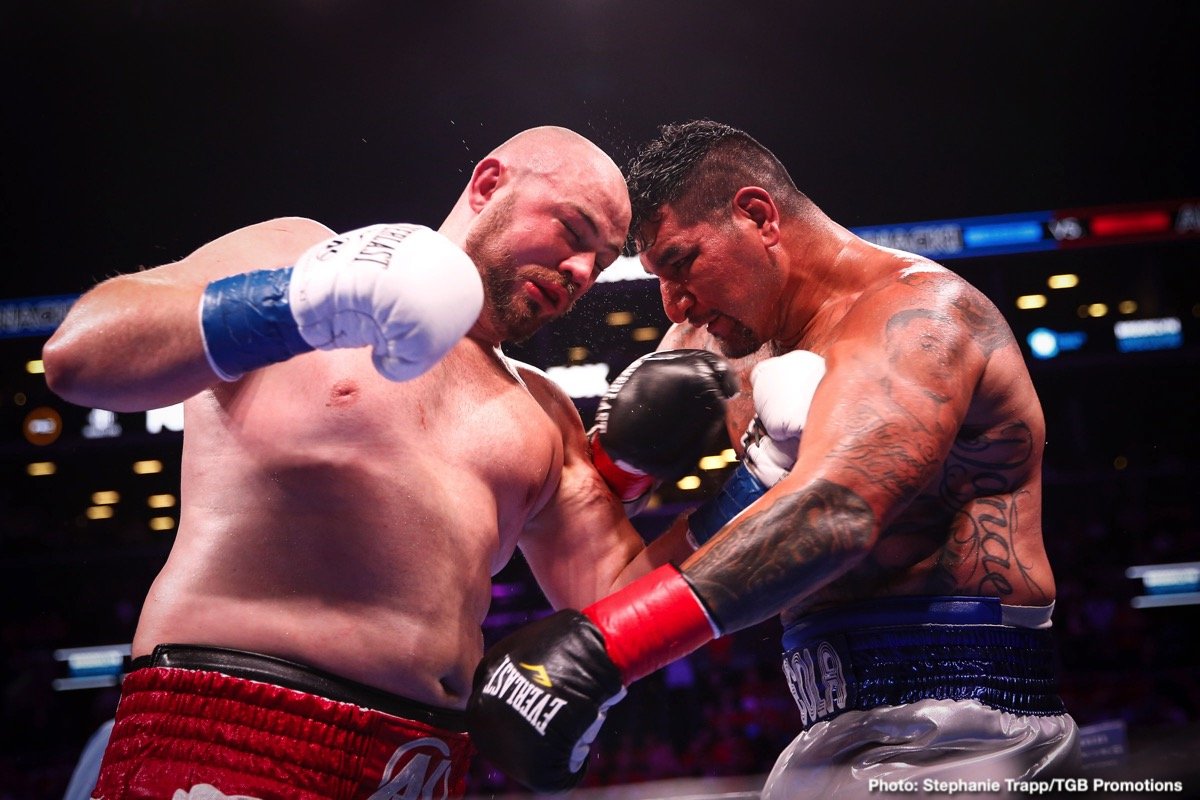 We saw a few great heavyweight battles unfold in 2019. For many, the first battle between Andy Ruiz and Anthony Joshua was the best heavyweight fight of the year. It was certainly the biggest heavyweight upset, if not upset, period, regardless of weight class. But the award for best heavyweight slugfest of 2019 goes to the 12-round punch-a-thon warriors Adam Kownacki and Chris Arreola gave us in August.

Kownacki, 20-0(15) and Arreola, 38-6-1(33) gave it their all in New York. The pace of the fight, for two big men who both came in over the 240 pound mark, was incredible, the punch output of both guys even more so. In fact the Pole and the Mexican/American set a punch-stat record on August 3rd, with an astonishing 2,000-plus punches being thrown; most of which landed.

The two men went at it right from the opening bell, each man looking to hurt the body as much as the head, and the war was on. Kownacki, eight years the younger man at 30, was a little quicker, he edged more rounds and he was a deserved winner, yet the too-wide scores of 118-110 and 117-111 failed to give veteran Arreola the full credit he sure deserved.

Whipping himself into fantastic shape at age 38, having had such a long and at times tough career cannot have been an easy thing at all, yet Arreola showed against Kownacki that he still has real fire in his belly, that he is still enthusiastic about the sport.

Kownacki, now 20-0(15) may have been fortunate in that Arreola, 38-6-1(33) either busted or at least injured his left hand early in in the fight, a fight that has to be looked at as the toughest fight of his career. But Kownacki dug deep himself, he showed he has good stamina, a reliable chin and Kownacki reaffirmed the fact that he has a real love of going into the trenches.

It’s a tired cliché, but the fans were truly the winners in August. It wasn’t so much Thrilla in Manila, but Kownacki and Arreola gave us a fight worthy of the tag-line, ‘Bombs Away in Brooklyn.’

Together, Kownacki and Arreola reminded us in stark fashion how special this great sport really is. And they did it with great sportsmanship.

Kownacki will return to action against TBA on March 7th, while we may or may not have seen the last of Arreola.