Speaking once again with IFL TV, Eddie Hearn gave an update on the Anthony Joshua-Oleksandr Usyk rematch situation. As fans know, Joshua’s conqueror Usyk has other, more serious things on his mind right now; as in he is bravely defending his country from attack from Russia, and Joshua may need to take an interim fight as he waits for his contracted rematch with Usyk.

And Hearn provided as many details as he is currently able to. Hearn said Joshua wants to fight “late May, early June,” whether this is against Usyk or against an interim foe. And Joshua has given Hearn a “wish-list” of possible opponents. And as Hearn said, the number of “dangerous” opponents Joshua gave him is a mark of Joshua’s desire to fight the big fights, the legacy-defining fights. 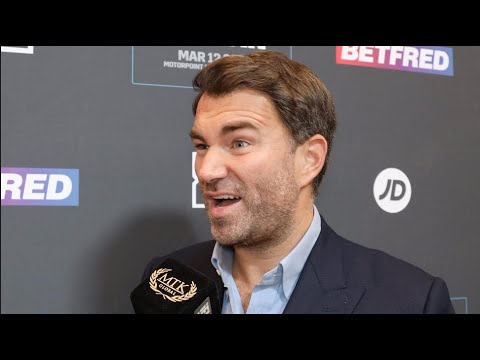 Hearn said at the top of Joshua’s list is a fight with Deontay Wilder, with AJ also having Luis Ortiz, Otto Wallin and Joe Joyce on his “wish-list.” Hearn was honest enough to state how he himself would look for a far easier fight, adding how “most fighters wouldn’t fight at all before the Usyk rematch.”

It would certainly be to Joshua’s enormous credit if he did take a Wilder fight, an Ortiz fight, a Joyce fight, or a Wallin fight this May/June. In fact, this would likely add Joshua even more fans. Taking risks is not something all fighters are willing to do these days, yet Joshua is looking for a challenge of an interim fight, when he could so easily take an “easy” or “safe” stay-busy type fight.

So how realistic is a Joshua-Wilder fight this May/June? Not very, it must be said, we don’t even know if Wilder will fight again, after all. But the fact that Joshua is asking Hearn about a Wilder fight, as well as the other three guys he listed, shows how serious AJ is. Who Joshua will actually wind up fighting next if it isn’t Usyk we can only wait and see, but Hearn did say it will “definitely be a top-10 ranked heavyweight opponent.”

How great would it be if, despite all seeming logic, Joshua DID fight Wilder this year! This fight, still, is an absolutely massive heavyweight match-up. And Joshua against either Ortiz, Joyce or Wallin ain’t bad either. 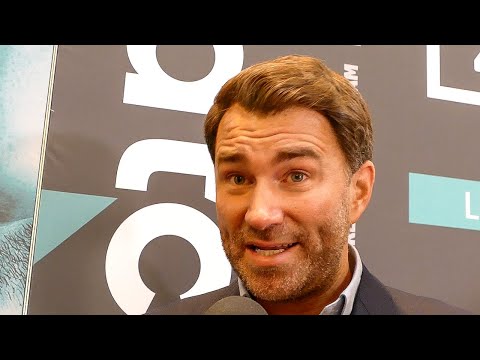