Gennadiy Golovkin could be retiring after his trilogy fight against Canelo Alvarez on September 17th,  according to Mike Coppinger of ESPN. Canelo (57-2-2, 39 KOs) has already predicted that Golovkin will retire after he gets through with him, and he could very well be right.

The payday that Golovkin will be getting against Canelo on September 17th will be a nice golden parachute for his retirement to help him live a comfortable life.

Of course, it would be an excellent storybook ending for Golovkin if he were to end his career with a knockout win over Canelo, but that’s not too realistic given how he’s looked in his last four fights.

If Golovkin continued fighting after a loss to Canelo in September, he’d likely be expected to fight quality opposition on DAZN.

The streaming giant likely wouldn’t be eager to have Golovkin headline against the likes of Steve Rolls, Kamil Szeremeta, Ryota Murata, or Sergiy Derevyanchenko again.

They’d want to see Golovkin take the dangerous fights that he’s not been in the last four years, and it’s unclear whether he’s capable of beating the likes of Jermall Charlo or Demetrius Andrade.

“GGG to retire after trilogy fight with Álvarez. Golovkin is now 40 years old and nearing the end of his career. For so long, he’d wanted a third chance with Alvarez, which he’s now getting. This is their last chance to settle a bitter rivalry between them,” said Mike Coppinger to ESPN.

“He’s already made tens of millions of dollars, and his best payday yet could be his last.”

The power was still there for Golovkin, but his hand speed, reflexes, and stamina were gone. He looked tired and hurt after three rounds against the 36-year-old Murata, who hadn’t fought in two and half years since 2019.

“Golovkin has already acknowledged that the financial windfall ahead of him will help secure his retirement, and it would be fitting that the final fight is against Alvarez,” said Coppinger.

The 40-year-old Golovkin (42-1-1, 37 KOs) has made millions during his 16-year professional career, and he’s expected to get a massive payday for his third and likely final fight against Canelo in September on DAZN pay-per-view at the T-Mobile Arena in Paradise, Nevada.

This is the fight that Golovkin has been waiting patiently for since his last mega-fight against Canelo in 2018.

Since that fight, which Golovkin lost by a 12-round majority decision, he’s slowed his career down to a crawl, not taking any risks by facing Demetrius Andrade, Jermall Charlo, Jaime Munguia, and Janibek Alimkhanuly.

Golovkin will need to change his fighting style if he wants to pull an upset of Canelo in September because his habit of loading up on single shots is tailormade for the Mexican star. To beat Canelo, Golovkin needs to learn how Dmitriy Bivol fought Alvarez to try and beat him. 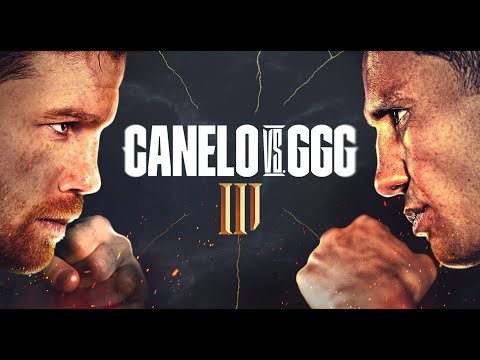