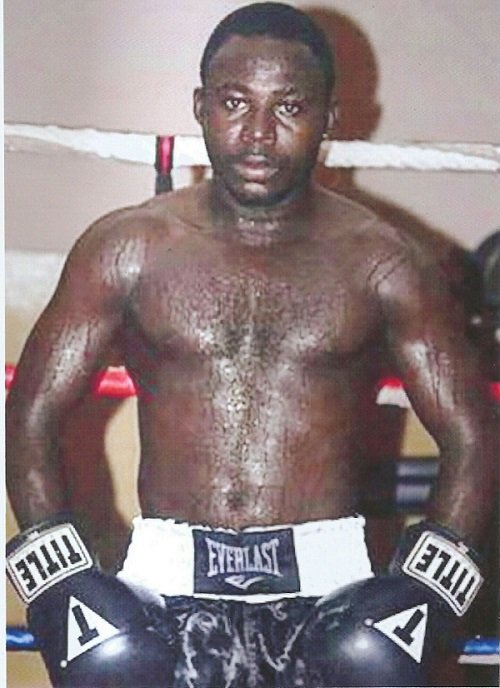 Ghana’s Emmanuel ‘Akufo-Afddo’ Quartey (21-2, 19 KOs) has the chance to move closer to a shot at the elusive Commonwealth title when he fights Robbie Turley of Wales (18-6, 4 KOs) in an international super bantamweight contest in the UK on October 6.

The Commonwealth title has eluded the hard hitting Quartey for a long time as many opponents have chickened out of facing the Ghanaian including Gamal Yafai also of the UK (12-0, 5 KOs) who relinquished the title last year rather than fight the Ghanaian slugger.

But Quartey, famously nicknamed Akufo-Addo after Ghana’s President, could finally set up a date to win the British Empire title if he can see off the challenge of 23 year Turley on the Saniger Events bill at the famous Ashton Gate Stadium in Bristol, England next month.

Turley, also a former Commonwealth champion himself, will have to take Quartey very serious as an IBF world championship opportunity also awaits the winner of their October 6 clash.

Emmanuel Quartey and his team have however sworn to leave no stone unturned in pursuit of victory and has intensified training in Accra ahead of his scheduled departure by the end of this month in order to settle well in the UK way ahead of fight night.

The Ghanaian has assured his teeming fans and countrymen to back him with their prayers as he voyages to bring glory to the land.

“It’s been a long time waiting but I’m happy this fight is coming on now. I thank my management for working for me to get this fight and I will not disappoint them,” Quartey said from Accra.

“I’m also grateful to my fans and all Ghanaians for their support throughout my career. I plead with them to continue praying for me so I win this fight and the Commonwealth and world titles will follow,” the Ghanaian added full of confidence.