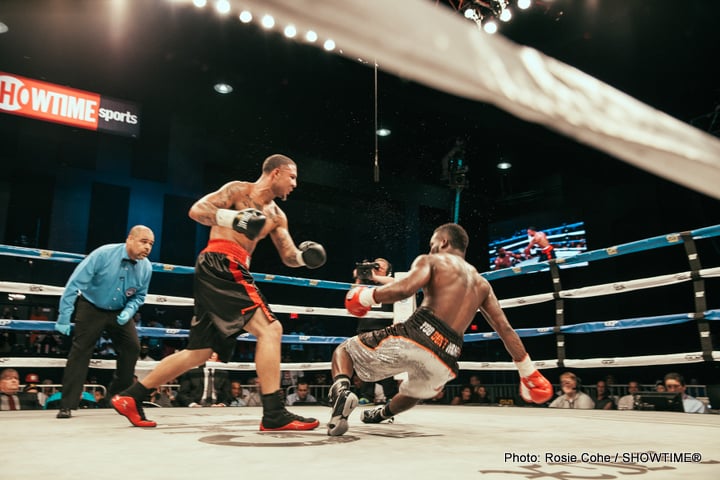 Nutley, NJ (July 20, 2015) – This past Friday night at the Sands Casino Resort Bethlehem, Jerry Odom (13-2, 12 KO’s) was stopped in three rounds by Samuel Clarkson (15-3, 9 KO’s) in what was supposed to be a fight contested in the Super Middleweight division.

Odom of Washington, DC did his part to meet his contractual obligation and made the 168 pound contracted weight. Unfortunately Clarkson checked in over 4 pounds higher at 172.8

At the morning- after weigh in, Clarkson was only supposed to be 10 pounds over the contracted weight and could not come in over 180 but once again was overweight at 184.6 pounds. Odom was 173 pounds.

When they stepped on the unoffical scale just a few hours before the fight, Odom was 175.8 while Clarkson 189.7.

Knowing that the fight was to be on national television as part of ShoBox: The New Generation, GH3 Promotions President Vito Melnicki, while taking nothing away from the results wants the world to know that he made a bad business decision and shoulders the blame on himself for letting Odom go through with the contest.

“I should have cut the fight at the weigh in but I let my fighter make the final decision and Jerry wanted to fight. I thought about it but wanted to give Jerry the opportunity to showcase that he is one of the best Super Middleweights out there,” Said Mielnicki.

“I still believe in Jerry as much if not more then I did before the fight. He showed that he wont back down from anybody. He was in there with a Cruiserweight and against my better judgement, I let the fight happen. I signed options with Clarkson and I am looking to do the rematch on television at the proper weight of 168 pounds. If he knew that he would be coming in so over the weight limit, being professional he could have come to us and we could have worked it out so Jerry did not have sweat off the final pounds for the last two days before the weigh in. That was his way of giving himself a better chance to win the fight. Look at some the pre fight pictures and interviews, Jerry was as dried out and drained as he could have got, yet Clarkson looked fresh as a daisy. We will look to have a rematch on television in the next four months.”