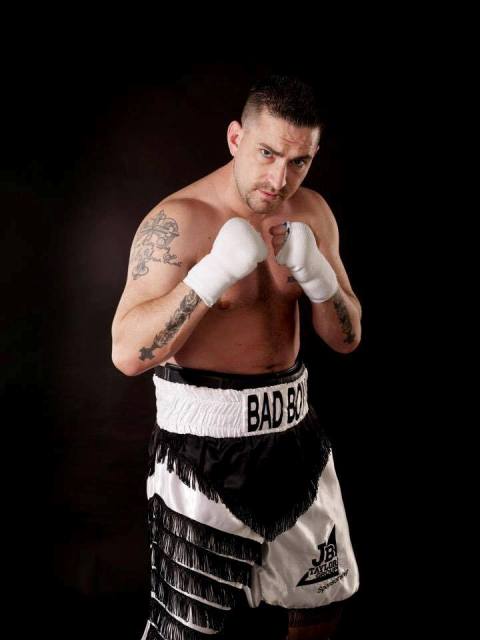 Fresh from bringing down Korean boxers to train and fight professionally in Ghana, Gh Bosslink Promotions CEO, Collins-Bio Donkor has now also struck a deal for British boxer, Adam Taylor to come and hone his skills in the famous West African country.

Boxing247.com can exclusively report that Taylor, a super middleweight who has as a semi-pro fought all over the world but never in Africa and who now has a professional record of 2-1 and dreaming of a world title triumph, will arrive in Accra next month to train for some few days before making his Africa debut on the undercard of highly rated WBO Africa featherweight champion, Isaac Dogboe’s unification fight against Filipino, Tabanao in the Ghanaian capital on August 26.

Taylor is expected to stay beyond fight night to train under the tutelage of experienced Ghanaian trainers on the invitation of the Gh Bosslink Promotions chief whose aim to promote and uplift Ghanaian boxing through international partnerships enters a new phase.

Mr. Bio-Donkor made history earlier this year when his outfit in association with their Korean partners, brought two boxers from the Asian country, welterweight Lee Kyu Suk and Jeon Byung Yun, a super welterweight on a 6-month training tour to develop their talents at the beginning of their professional careers. An initiative that was hailed by the Ghana Minister of Sports, Hon. Nii Lante Vanderpuye who took time off his busy schedule to host the Koreans at his office in Accra on the back of Lee chalking two round one knockout victories against Ghanaian opponents.

Aside the exchange opportunities to take Ghanaian boxers to also train under first class facilities in Korea, Gh Bosslink who have also secured a deal with the Korean partners to in the near future build a boxing gym in Accra to house and train street children to be professional boxers, have through their UK representative, Mustapha Issah struck the deal with the British boxer who reportedly is keen on fighting a lot more in Ghana.

“Adam Taylor is excited at the prospect of fighting not just in Africa but in Ghana, the land of Azumah Nelson, a boxer he admires so much. He wants to win a world title as a pro boxer and believes a long stay and training in Ghana will push him closer to that ambition,” Mustapha Issah said.

“Our aim is to take boxing to the next level and we have already taken a huge step with our Korean partners. Now we are with a British boxer and we are working hard to secure more of these exchange partnerships to promote our boxers,” the Gh Bosslink UK representative added.