Tank feels that Teofimo (16-1, 12 KOs) thought Kambosos (20-0, 10 KOs) was a soft touch and fought without thinking about his defense, which ultimately caught up to him.

Kambosos, who isn’t known for being a puncher, dropped Teofimo in the first round when he walked into a punch with his hands down. In the second half of the fight, Kambosos made a mess of Teofimo’s face by landing many shots.

The punches weren’t the vast shots that we’ve seen from the elite lightweights, but they still did a lot of damage to Teofimo’s face because he was hit so frequently.

“I think he just thought the guy was a slouch. He went in there with his hands down,” said Gervonta Davis to Fighthub on why Teofimo lost to Kambosos.

We could soon see whether Kambosos is as good as some believe him to be if his promoter Lou DiBella can set up a fight with WBA ‘regular’ lightweight champion Gervonta next.

DiBella is reportedly interested in making a fight between Kambosos and Tank. For that fight to happen, Gervonta needs to defeat challenger Isaac ‘Pitbull’ Cruz this Sunday night, on December 5th, at the Staples Center in Los Angeles.

If DiBella can make the Tank vs. Kambosos fight, it should tell us whether the Australian fighter is for real or a case of Teofimo being weight drained and taking him for granted.

The way that Teofimo was pounding the living daylights out of Kambosos in rounds one and ten, it’s likely that he was weight drained.

Those were the only two rounds in the fight where Teofimo had the conditioning to fight hard. In the other rounds, Teofimo looked tired and drained.

Against a quality fighter like Tank, Kambosos might get taken out within three rounds because he’ll likely pound the light-hitting Australian unmercifully from start to finish without tiring the way Teofimo did.

Kambosos and his fans would disagree with Tank’s view of why he beat Teofimo. They believe that Kambosos would defeat Teofimo even if he weren’t coming off a year-long layoff and seemingly weight-drained at the weigh-in last Friday.

It’s difficult to know for sure whether Kambosos could have beaten Teofimo at his best. Teofimo has outgrown the 135-lb division, and the only way a rematch between him and Kambosos would make sense is if they did it at 140 or 147. As sluggish as Teofimo looked last Saturday, he might need to go up to 147 for him not to be weight drained. He walks around at close to 160 in between fights, and he’s carrying too much weight to comfortably fight at 140 without potentially being exhausted at that weight too.

Tank lets Kambosos know who the cash cow is

“Everybody knows that Tank is the cash cow; we just leave it at that,” said Mayweather Promotions CEO Leonard Ellerbe to Fighthype on Gervonta being a bigger money fight for Kambosos than Haney. 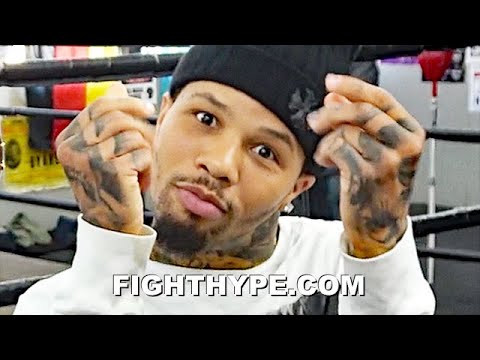 2 thoughts on “Gervonta Davis on Teofimo Lopez’s loss to George Kambosos Jr: “He thought the guy was a slouch””